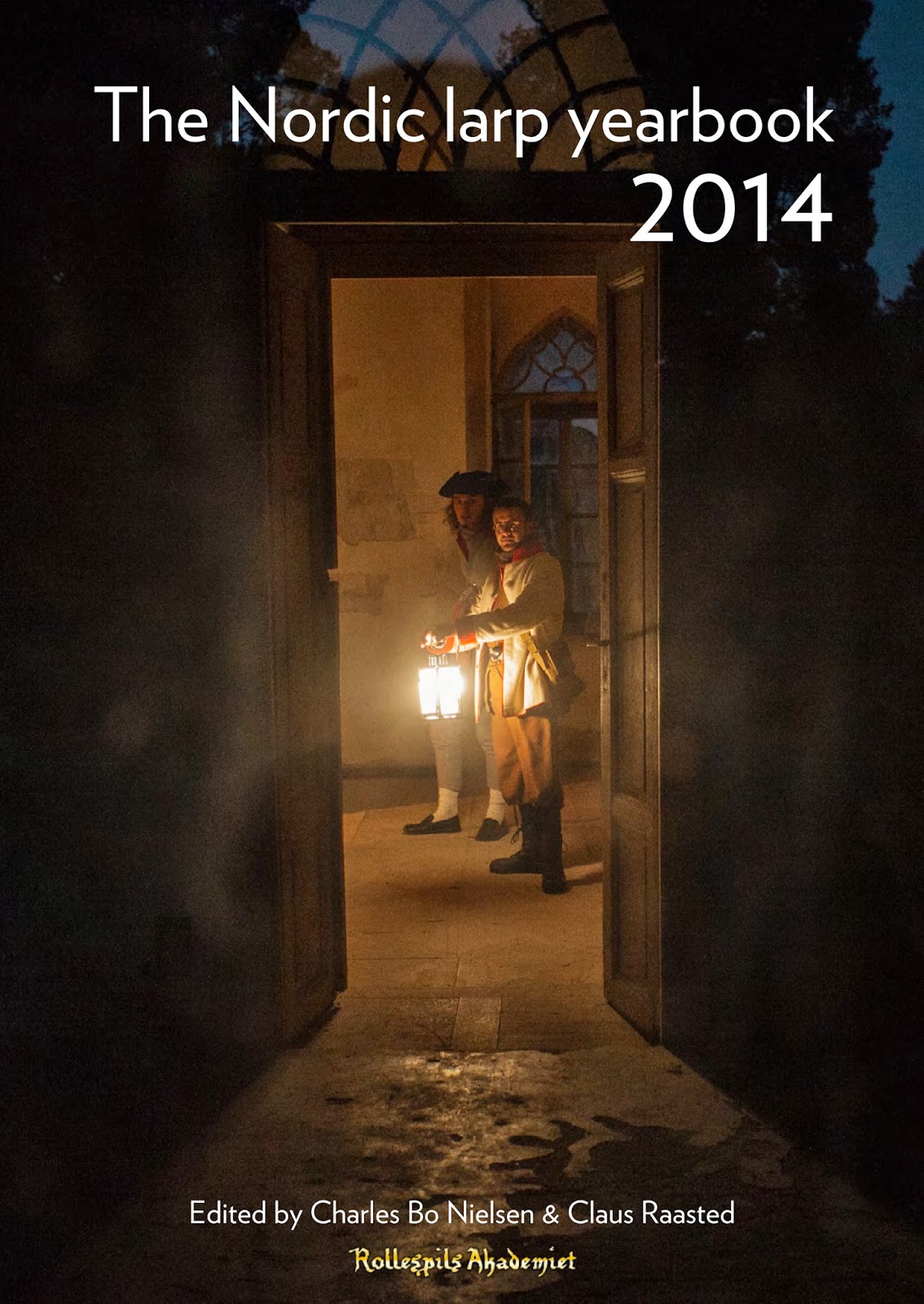 The books for the Nordic larp conference Knudepunkt are usually available around the time of conference. However, this year a new book seems to join the (extensive) collection - The Nordic larp yearbook 2014.

Several years ago, the Nordic Larp book was released - a historical anthology of the most significant larps produced in over a decade and a half (nowadays it's available as free digital download).

The Nordic larp yearbook 2014 (link will take you to PDF download) is a similar project, sort of a continuation of the idea, but within a smaller scope - only one year. However, it has expanded geographically: there are 18 larps represented there, from nine countries total. All of it is written on over 150 pages (though a large part of it is photos... gorgeous photos).

Yes, it has the Harry Potter larp College of Wizardry in it. Did you even have to ask?

It's interesting to see what happens in distant scenes, so read on (it's free, and it's absolutely worth it). Who knows? Perhaps you'll get some ideas and inspirations for your own projects or ways you play your character.