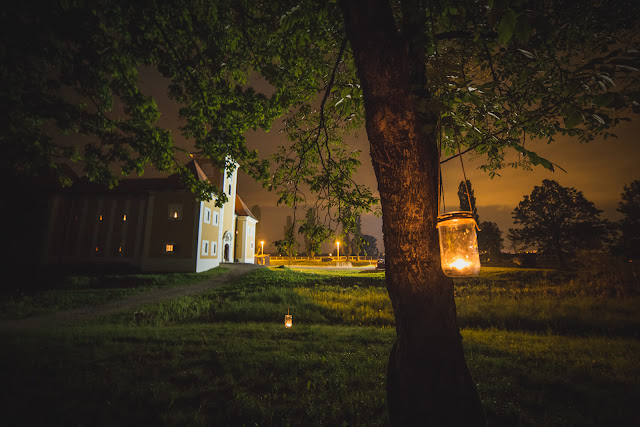 This weekend I attended the Croatian Conclave, a two-night Vampire the Masquerade castle larp organized by Zagreb by Night (ZbN). It was a big international Vampire larp, drawing many members of the games from the VIC network, as well as some others - apart from us locals, the visitors arrived from Slovenia, Hungary, Austria, Slovakia, Poland, UK and Israel. Throughout the review I'll attempt to avoid spoilers, as well as write in a way which will also be readable to the non-VtM readers of this blog.

The larp took place in Lukavec castle, a (comparatively small) two-story mid-18th century castle near Zagreb. There were several available rooms, including a large room which served as a throne room where central parts of the Conclave took part. The castle had a central open courtyard which served as a place for many public events in the larp. 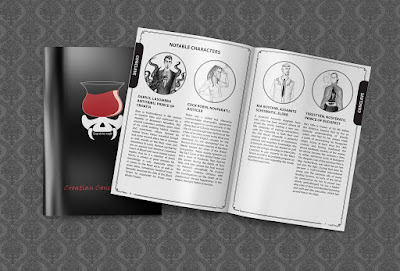 Considering the entrance fee was only about €20, the production value of the larp was outstanding. Apart from the use of castle for 2 days (some players slept there as well, in sleeping bags), it included a lot of props, non-alcoholic drinks for participants, special lighting in parts, about a thousand candles burned, goat skulls, smoke machine, and tons of printed materials which also included character sheets, some favor cards and a ruleset booklet - ZbN typically uses By Night Studios rules with some house ruling, but a more compact ruleset was developed for this larp which also included some special mechanics used on the event, as well as a quick rundown on story and the most well-known characters. 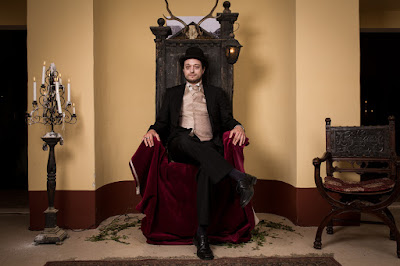 The booklet also contained a schedule for the larp, however on the first day it started several hours late. During the introduction by organizers, safety and specific mechanics were discussed in details. Then the larp itself started. I played my ongoing character on that larp, a local primogen of the Ventrue clan. The first part was very formal, as everyone made their introductions. Yet there were some surprises along the way, which kickstarted one of the central plotlines of the event. After that, there was time to play freely. 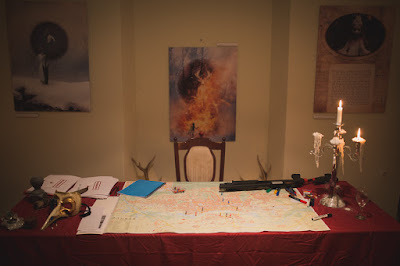 While the social role-play was starting, I decided to try the mechanics regarding the Sheriff's office. Basically, you would apply for a mission and get it in an envelope, you'd write a plan for it with up to four other characters, submit the plan to the Sheriff, take a secret vote whether you're going with the plan or against it, and afterwards it would be resolved, and the coterie (=party) would gain some info, rewards and/or consequences. While I am satisfied with the quality of the resolution, the popularity of this proved to be quite a bottleneck - only a half of planned missions would be completed by the end of the larp, and this added more waiting. The first night some players went to do some stuff outside of the castle, which also made gathering everyone a challenging task. 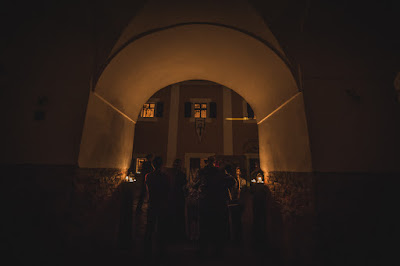 My personal role-play for the first night was cautious - as there were a lot of players whose playstyle I was not familiar with. And while the surroundings were amazing, all the waiting killed my own play somewhat, and I left the event after it ended with mixed feelings.

Yet all of this meant I was better prepared for the next day - and so were others, players and organizers alike, although not everyone was present on both days. The larp started sooner (though it was still late), the introductory parts went quicker, and the queues at the Sheriff's office were gone, though the waiting was still there (we reformed the coterie after 2 members were not here for the day, and ran another round). The plot was more compact, and more charged, as story-wise this was the main part of the Conclave. This was the day when the most important social aspects came into play. 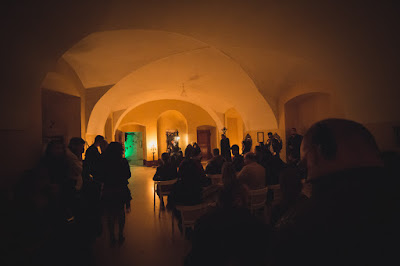 My play opened up (as more things went on, and there was actually more time to play), and I started pushing some fun scenes and creating trouble. I finally managed to organize a quick clan meeting, although very few players played Ventrue characters. My character nearly died once - and if it did, it would have been a memorable scene. Due to the events happening, my character was close to frenzying for the most of the larp - his fight-or-flight instinct, need to put on a calm appearance and preserve dignity, and personal agendas all pulling him at different sides at once. Even gave a speech at the conclave discussion topic under this condition. 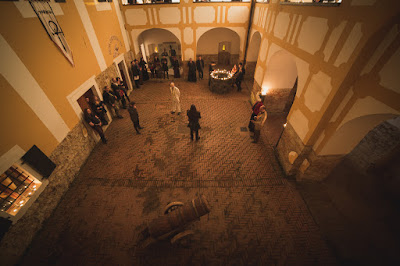 These speeches had to be registered with the Seneschal, and were tied in the reputation mechanic
which was digitally available to the organizers and mostly managed by the Harpy. Another fun part was a "game of bouquets" organized by the Harpy, where two opponents would give "compliments" (of the backhanded variety) to each other - ineffective "compliments", non-subtle insults and not keeping to the given subject were faults which would eventually lead to the loss of one side.

After the discussion part of the conclave, it was time for a short closing ceremony and the larp closed at 2 AM. Since only half of the Sheriff's missions were done by that point, it remained open for that even after the in-game part ended - but I left and went home, as it was late I had to avoid getting fired at work several hours later. 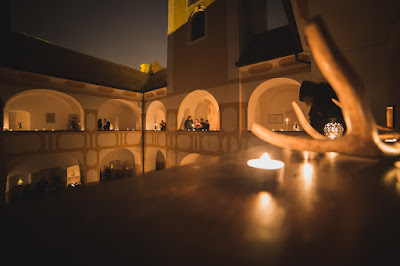 Overall impressions? I'm still to have a good night of sleep, but I had a great time - second night was way better than first night in almost every aspect, and other players I talked to agree. The organizers put in a big effort, and (at least for us locals) the event provided a jaw-dropping value for the money it cost. Would play a similar larp again.

Thanks to the organizers and co-players for the larp. Special thanks to Željka and Ivana for my makeup. Photos by Tibor Rogulja.