May 05, 2011
My post from two days ago might be misunderstood as promoting Power play. As in getting as strong as possible, munchkinism, creating godly characters etc. It is not so. 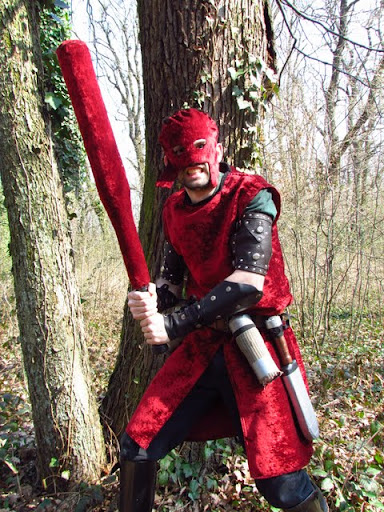 As I have said, roleplay is and always should be the best measure of someone's actual effectiveness. Researching LARP across the world, I have found out about various LARP communities, systems, and how they handle stuff.

Croatian LARP, evolved mainly from Amtgard, is very American in its style. Which means rigid rule system, good selection of classes, some competitiveness, and yes most of our weapons are boffers. At the time, it was probably the best system to implement: it's rather easy to learn for new players - especially in a country that was unaccustomed to LARP, equipment is cheap to make etc.

Note that I don't believe that one system is inherently better or worse than other. Every LARP system has its beauty, what makes it exciting and fun, and its flaws. High competitiveness commonly leads to power play and cheating. Cheating is sanctioned a lot, but power play can be difficult to grasp - building your character in a way it's unlikely to ever die and stuff like that. And that's not just bad, that's very bad.

Luckily, incidents such as that were rare. Players themselves often police those who cross too many unwritten rules. Which is good and it should continue.

However, I am left wondering how our players would fare in a LARP system which is less competitive. Something like our neighbors to the north commonly use - Austrians, Germans, Danes, Swedes, Norwegians...

I believe they would manage after a bit of adjustment, but it would be an interesting experiment for sure.