November 25, 2012
In Croatia, "feasts" are a type of indoor larps, which are usually light on story, action and theme and more about individual role-playing in the wider larp campaign. They're mostly based on food and drinks, and at some point they turn into an out-of-character party. Yet many of the politics of the campaign they're running in are usually getting decided on such feasts. 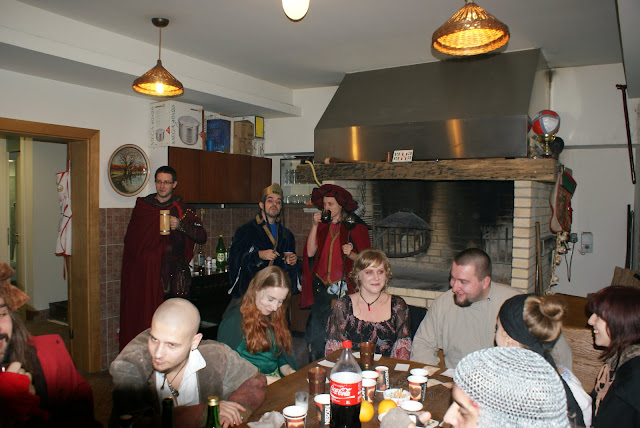 With 36 people, this one surprisingly became the largest "feast" ever held, and the third largest larp of the year, after Crolarp and Tragači zore. Starting off as a wake for the recently died character of Morana, it followed with a suicide of her husband - and since they were some of the leading figures in a faction which recently came into power, the balance of power was shattered and some theft and violence escalated when some people started killing off each other... 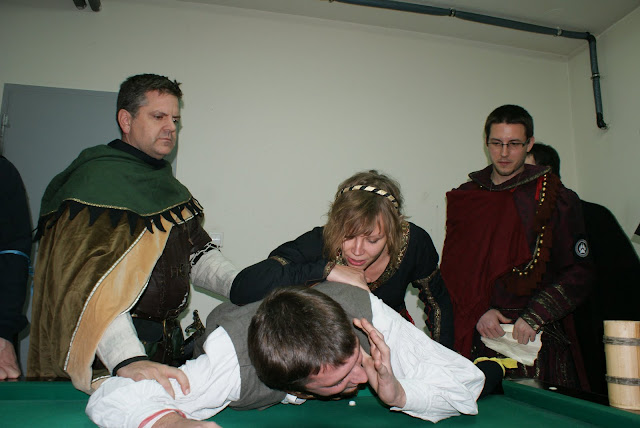 I played a peasant who was raising some cattle, trying to recruit people to help me... and to see if I can marry off my daughter. This led to some fun conversations, especially when Ines entered as my character's daughter, Bara... All of it was combined with some song and in-character partying. Overall, it was a fun evening. More photos are available here. 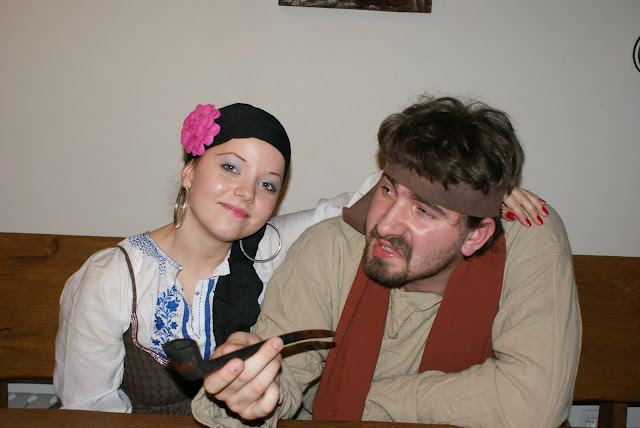