Maksimir 63 review and The Cabin playtest

Maksimir 63 was highly anticipated - being the first Ognjeni Mač larp by it's new OzOI (plot team), and after a long break where there haven't been any Ognjeni Mač larps - Maksimir is back, and with its new monthly spring schedule (64 is announced for March 9th, and 65 for April 13th). Yesterday's event in the Maksimir park drew in a large number of people despite the snowy weather - which made the entire park quite beautiful. 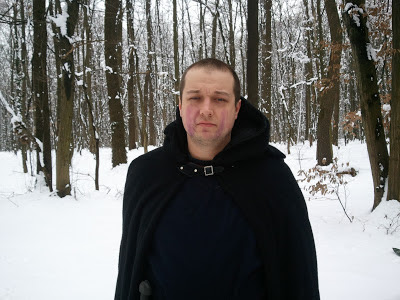 I did my best to appear the weirdest and most alien character of them all, by skulking around, eating snow (and offering it to other folks), looking broken, sniffing, being called a leper etc. This is certainly one challenging but fun character to play :) 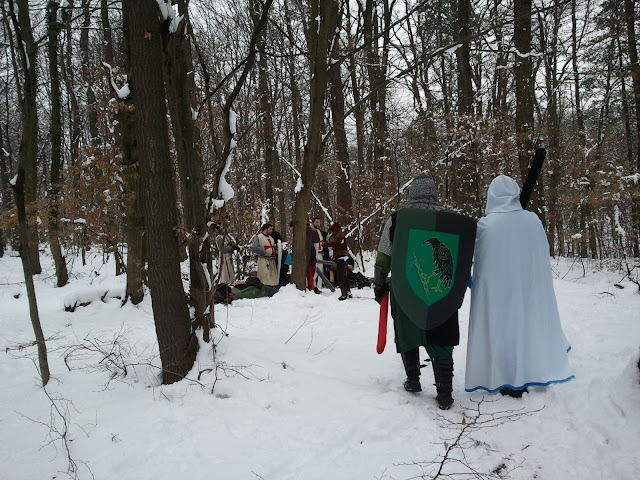 I didn't stay for the full duration - i left after the main photo shoot - so I can't say I've seen it all. What I've seen though is this - the event seemed well integrated into the existing storylines, and while it was rather low on action (compared to what most people were expecting) it had some nice props made. There were plenty of new people, plus this OzOI's new policy of allowing alternate characters was visibly seen this larp, as many players played their new alts and the difference in the character make-up was refreshing enough that it felt distinctively different from what was going on the last year, and it certainly looks like a start of an interesting Ognjeni Mač season. 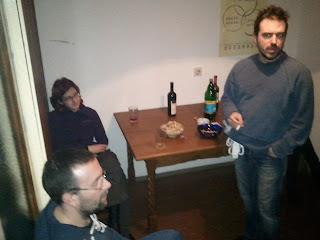 The reason I left early is another larp. It was actually a playtest of the new one-shot larp by Ivana Delač and Vesna Kurilić - it's interesting that it had one thing in common with Maksimir 63, both were larps which were run by two women (as Maksimir was ran by Ines and Tijana, since Petar is off to Czech Republic) - it's probably a first in Croatia. Anyways, this larp had the working name of "Koliba" or "The Cabin" - we liked the name, so it's possible that it will remain the final, production name. It was held in their apartment and they did their best to set the mood, by blocking the passageways and running under low light conditions (which is why my photos didn't turn out well). We only had a vague description of it as something between Love is Blue and Death of the Japanese Emperor. 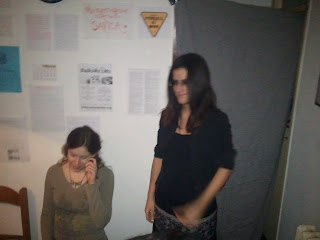 This was a modern chamber larp for a fixed number of players, with pre-written characters, lasting just over an hour. I got to play a character which was quite younger than me, which required some adjusting but in the end worked out quite well. I can't share much details of the story, as this larp is not really replayable and can be spoiled easily. But it had some things which were uniquely new. 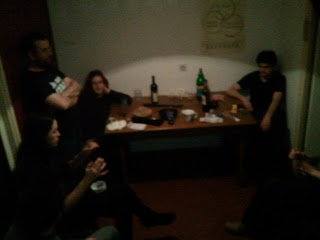 First of all was the slow take-off with the "shared fantasy" intro. After reading our characters, we sat down in places where we'd start, closed our eyes and one of the GMs would read us a 10 minute introduction (since she's a published novelist, it was really well written) after which we'd end up in game. The larp turned out to be very intense, immersive and powerful. Much stronger than I expected and I was pleasantly surprised. 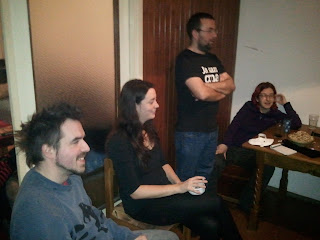 One of the things which particularly surprised me was the fact that most characters were gender-neutral, and the authors took the time to write different character descriptions for all permutations of the character's all the related characters' sexes. Which was something really awesome and detailed. I highly recommend this larp - you'll get your chances to participate in it on the upcoming conventions, such as PoRtaL and Istrakon.