As this blog has gone a bit silent, you might have been wondering what's been going on recently. Well, to be honest a lot of that. There's been so much going on that I barely have enough time to write a post. That's mostly due to running Izgon 2, and there's a lot involved in running it. It has four times the number of people of first Izgon larp (minus a few who burned out and/or whose characters got killed) - and it left me with too little time to even talk to everyone I want to talk to. The only reason I'm writing this article now is that it's gotten a bit slower so I managed to catch some breath. The debriefing, the documentation, the analysis of everything - it's gonna be great. Expect it to start popping up in a few days. The larp officially finishes Sunday at noon - the next Krvomeđe will be almost immediately after, at 1 PM - and the Zagreb debriefing will be held afterwards. However, depending on player actions, it might end sooner for some or all players. 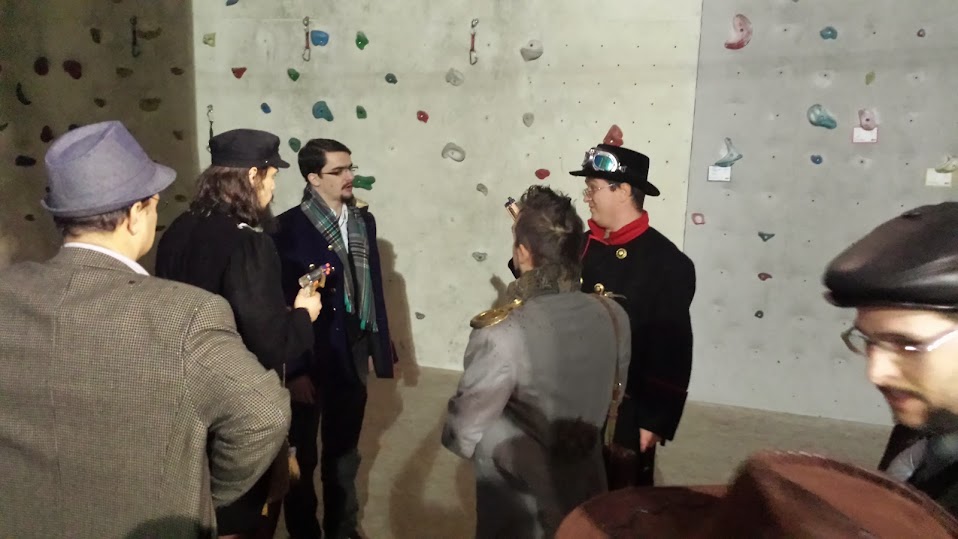 I didn't even get a chance to review a Steampunk larp (from "Para pokreće svijet" series - this one was named "Fronti nulla fides") from two and a half weeks ago. It was played in the indoor gym as the last one - but had a typical structure, like when it was played in Eko Selo Žumberak. Or mostly typical. The playtime - 10 PM to 3 AM - was demanding, especially on a weekend before St. Martin's Day, otherwise known as "that day when Croats get shitfaced and there's cops on every corner checking your blood alcohol levels", so few were willing to drive - my car was full. A large number of characters got killed or wounded during the larp. The next one will be styled "Chase", it will be a minilarp off-shot event with only a few participants, taking place on the Medvednica mountain one day when it's gonna be some snow. The name of this event was supposed to come from French instead of English, but it was discovered that the same word is used in both language. 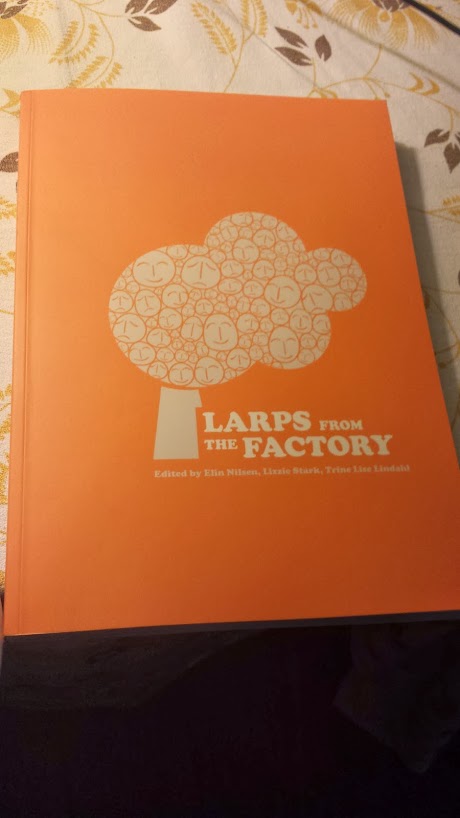 In the meanwhile, I got my Larps from the Factory book! It's soft-cover, and full of awesome nordic larps which I'm gonna run starting next year. I already ran one of the larps - Limbo - and in fact, larp's author asked me for a permission to include the photo in this book, which I of course gave. It was heartwarming to see it in.

I only managed to skim the book so far. The design is nice, and it's readable. However, it will get a lot of use next year. Which reminds me, I'd still need to complete reading of "Nordic Larp" which is also pure awesomeness. You'll get a review when I'm done :) And my reading list keeps getting longer, as Polish larpers just translated their publication from this year's Kola conference (available here for free). They also announced their next conference in January, which sounds like fun!

And that's it for this post! Wish I could tell you more about Izgon 2 and all that's going on. But many people are still playing it so that will have to wait.