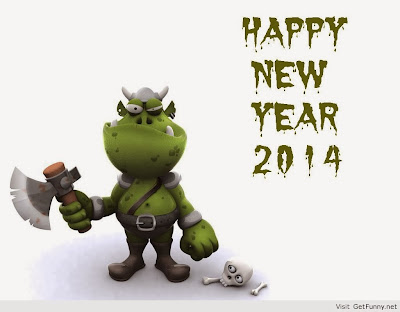 And so, another year ends. But in the last day of 2013 we got a new surprize: the book from the Wyrd Con 2013, a free online publication which you can get here. It's a 136 page PDF which you should definetely get and read. Unlike Knutepunkt books which often feature bleeding edge new academic content, Wyrd Con book has more stuff which is more relatable to our own situation, and several articles really felt like they were needed. The book content is not so much about bleeding edge stuff - it's about improving the basics, and that's what makes it so valuable.

The first article by David B. Williams is about level gaps, permanent character death and linear plot (yay, I'm quoted in it! BTW, we also discussed death on forum). The second article is about transparency and safety by Evan Torner, and I'd pair it with the article about physicality by Elin Dalstål.  With a large number of new larps and new ideas popping up in Croatia, I'd say these three are a must read for everyone here.

John Kim's article Changing Status in Larps is a rather basic psychology/sociology stuff, but it's nicely compiled here for the benefit of players - especially useful for the social setting, such as Vampire and Steampunk larps in Croatia. A total of 15 articles make the first section - the journal section - which ends up with Claus Raasted's behind-the-scenes explanation of how the Discovery Channel segment on Nordic larp was filmed.

The academic section is the second half of the booklet (and slightly larger than the first one), featuring double blind peer review of all papers. There's a total of 7 papers, ranging from interesting and informative (like the history of the Spanish role-playing games or content analisys of RPG character sheets), to the some which I really recommend as must read for the same reasons mentioned two paragraphs ago (they'd include Shoshana Kessock's paper on ethical content management and the gaming social contract, and J. Tuomas Harviainen's paper on larp management styles - all of them very valuable reads to whomever wants to run a larp).

So grab the book and read it when you find some time. Also, join us on our forum. A lot of discussions are now open.

By the way, have you made your New Year resolutions yet? Fair Escape compiled a few larp resolutions on her blog, so check them out.