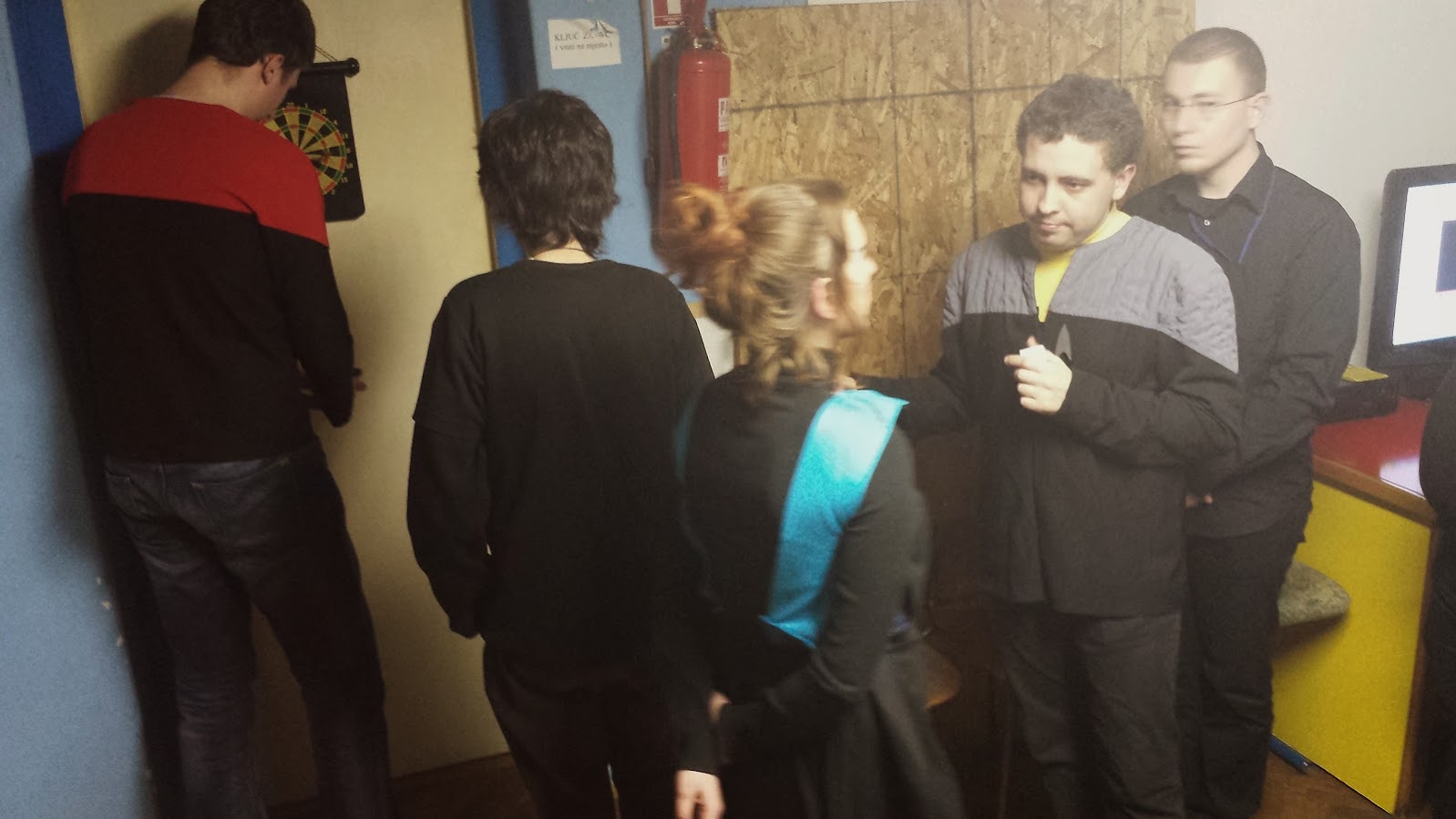 Many of you probably remember the first run of Star Trek: Tethys, early last December - here's both a description of the run and the full larp scenario. Yesterday, I ran it again - this time in Star Trek fan club USS Croatia, together with my sister-in-law. Despite a rather sudden announcement, this run went very smoothly - and gives a lot to be excited about.

Seven players were interested in playing - which meant one more than the game was written for. The seventh character was quickly improvised as "the counselor", monitoring the mental well-being of the crew. Players were a mix of regular clubmembers and more experienced role-players. A lot of them were wearing uniforms - one even got her uniform made on such a short notice. There were a few props around that were used - namely, a plush tribble and a cell phone with Star Trek sound effects that acted as a tricorder that the group managed to get working... In their version of the twist ending, what happened was not a reality - and characters were a subject of a Vulcan mind experiment.


The run went well, and the players liked it. Afterwards we discussed larp for a while more, including some stuff like design elements, why were they included and how would some other elements work. The interest in a Star Trek larp was great, and in fact - having had a taste of larping now - USS Croatia is planning to start a series of Star Trek larps in the near future, expanding the larping scene. This is excellent news.