Dear readers, we have reached 300 posts! 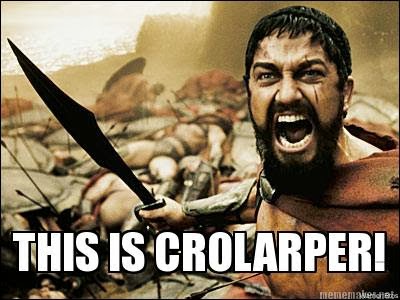 Three hundred posts! It feels amazing every time a milestone is reached. It took longer to get from 200 to 300 than it took from 100 to 200. There are several reasons for that, but the biggest one is - larp writing and preparation. Izgon 1 and 2, two Terra Nova larps, three Camarilla Agram intro larps, Star Trek: Tethys, A Party Full of Secrets as well as co-running Rajski Vrhovi XVIII and some small parts of Crolarp 2013 and one of the Para pokreće svijet larps... Doing a Croatian production of Limbo, a couple of convention runs of existing larps, NPCing, reading larp books etc... Well, looking at it now, I'm actually surprized I wrote 100 posts here since late February last year.

Traditionally in such milestone posts, I wrote about the all-time most popular posts on this blog. So let's do it again:

The first milestone post ended up being one of the most popular! It seems you guys love retrospects :)


3. A trip to Trieste: Il Negoziatore

A taste of Italian parlor larp, and the efforts of Larp Factory Trieste made this trip quite interesting! Also, there were some interesting things about that trip that I haven't previously published. Namely, that happened while Izgon 1 was played. The group of players who played Kalesti characters drove me to Trieste, Andrea - the GM of Il Negoziatore - was actually a member of that group and they did their stuff in Italy before other players returned to Zagreb and I stayed for a larp. Then the next day I got to the nearby Croatian city of Rijeka, where I got picked up by another group of Izgon players (who played Amani characters), and got to return with them to Zagreb, doing larp-related stuff in the meanwhile. It was an epic and memorable trip, from every perspective, and now it's the most read review on site. Published April 14th, 2013.

Out of all posts I've done, this one was probably the biggest, best researched and the one which took me a long time to put together. I pulled all the contacts I have (or that I could find) to try and describe some larp scenes from as many EU countries as possible. This is, of course, just a few slices of what's really out there, across language barriers and borders. Fittingly, it was timed on July 1st 2013, the date when Croatia entered EU.


5. Tabletop and larp - where does one end and the other begin?

Theory, and very well received. It's only a couple of views short of claiming the #4 spot, and will probably overtake it in the future due to article being newer - published October 13th, 2013.

An epic event that despite all expectations still managed to beat them, my first experience with a Geman larp and an accordingly long review - published on August 7, 2012. It keeps being in top places on charts. It was #3 at the time of post #100 (only due to being a week old by the time), and climbed to the first spot which it still held at post #200.

Interestingly, out of all Croatian larp reviews this one was the most widely read at this point in time. Article published on September 9, 2013. By the way, the intro series is over, and the main campaign is about to start soon...

An end of an era in larp, big wrap-up of the first chapter of ConQuest. Seriously, it doesn't get more epic than this. Published August 13, 2013.


Well, that's about what YOU liked. Some of the posts I'm particularly proud of (since post #200) which have not been mentioned above include PoRtaL 2013 convention review, VtM rules review, and plenty of event reviews (especially Izgon 2, Demgard and TESC playtest).

And now, the standard question - what changes would you want to see in the future? What would you like me to write about? Answer in the comments or discuss it on the forum.