Just under three years ago I wrote a review for Mind’s Eye Theatre: Vampire the Masquerade rulebook. It was the first book published by By Nights Studio, and a year later I reviewed one of its supplements - Storyteller Secrets.

Now, after a long period of work, after the success of their kickstarter campaign, By Night Studios finally released the full version of the new larp rules for Werewolf the Apocalypse setting. This was preceded by various alpha, beta, gamma, delta and omega slices - each containing a different playtest version of the rules, slowly released from September last year until July this year.

First impressions were that the artwork is very cool, and that the book is HUGE. Numbering at 762 pages, that's over 200 pages more than Vampire the Masquerade.

But before I start going in-depth, I'd like to mention that this blog's readers come from various backgrounds - and I'll adjust my review accordingly. I assume I'll have some larpers who haven't played World of Darkness larps before, some who played Vampire (whether using By Nights Studios rules or not), and those otherwise familiar with other Werewolf the Apocalypse products (whether tabletop or larp versions). Note: this is not nWoD/CoD game Werewolf the Forsaken (tabletop, but it can be larped using nWoD MET rules) - they are separate worlds/product lines. So depending on your background, some stuff mentioned here in the review might sound extremely basic, or quite detailed. If this is too much, TL;DR summary will be provided in the end. Let's start from the beginning.

Basically, this ruleset provides the setting and mechanics for playing World of Darkness version of werewolves (or Garou, as they call themselves within World of Darkness). As this system and setting originated from the tabletop RPG line, here's what you can expect from it: 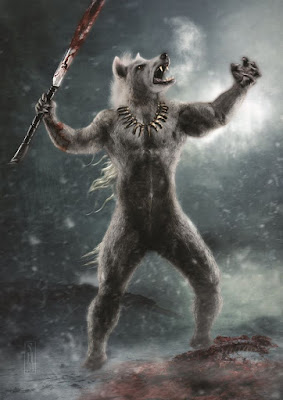 Almost all types of fictional werewolves can be played in World of Darkness setting as player characters. They will, however, have to conform with the general setting and mythology presented for werewolves in the World of Darkness. This is similar to how other WoD settings work, e.g. Vampire.

As this larp system is based on tabletop, expect a system which is complex and has a lot of mechanics. The basics are quite simple, but there's a huge variety of choices presented. Even though larps done using these rulebook will be running mostly without interruptions, they can still happen. Rolling dice from tabletop is replaced here by a rock-paper-scissors system, and it will eventually come into play. The book itself provides no specific plot or stories, but it provides plenty of story hooks that a Storyteller (WoD term for organizer / game master etc.) can use in larps.

For those of you who played the publisher's Vampire the Masquerade, you know what you're in for - all the good stuff from that system was basically transfered here. Comparing the two books, I'd actually go as far as to say that Werewolf book is done better. Vampire book had a few navigating issues, such as with setting-specific mechanics being listed separately from general ones, and there were a few cases where you had to check several places to combine them into one piece of information which you needed (such as with sect position and statuses). Generally, I haven't seen such issues with this book. The downtime system has also been improved, with one new action - helping allies - and the quest system which expands on the downtime system. The NPC section of the book has everything the Vampire one has... and way more, e.g. some very powerful spirits can go up to NPC rating 30... It also has much more setting material written, which accounts for 200 more pages compared to Vampire book.

Werewolves also tend to be much more customizable than vampires - you get to select your tribe, auspice and breed, which all determine the gifts (comparable to discipline powers) which you can buy. And you're not just locked down into discipline tracks - you can simply buy gifts you're eligible for. This makes every werewolf more unique mechanically - but also slightly more complex to manage. Lore also plays a bigger role in werewolf games, unlike in Vampire games when it can often be... maybe not handwaved away, but very suppressed for young characters. There are rituals and other parts which touch on character's spirituality, so make sure that you as a player are OK with playing that.


If werewolves are not enough for you, the book also provides plenty of other Fera (changing species) for you, so if you want to play a wererat, werebear, wereraven, werespider, werefox, werecat, wereshark and many more - you can. This book also brought significant updates to werewolf politics and social play, and now they're as complex and interesting as in Vampire. Furthermore, there's a new chapter provided for compatibility with Vampire book, with explanations of how disciplines affect werewolves and vice versa, and examples and scenarios on how Vampires and Werewolves could both be played in the chronicle (due to new lore, they're not necessarily kill on sight anymore).

This also means that this is probably the first Werewolf product where vampires and werewolves are... sorta balanced enough to be playable. Werewolves still tend to be more powerful, but not to the same level as before - a combat-built vampire has a good chance against a non-combat werewolf.

For those of you who previously played Werewolf the Apocalypse - you're in for a big surprise. The entire setting has been changed and updated. The Apocalypse is NOW and to put it simply SHTF. Silver Fangs king is gone, most caerns (except for 13) are gone, but they produced smaller shard caerns. The Garou Nation is now split in two major factions, consisting of 6 tribes each - Sanctum of Gaia (led by Silver Fangs), which works similar to Garou society as you know it though it's somewhat more conservative and traditional, and Concordat of Stars (led by Shadow Lords), advocating a more open and modern approach, as well as cooperation with other Fera and even other supernaturals. Silent Striders are neutral, and other characters are not necessarily locked into one of those factions. The story differs here from the original setting far more than in Vampire. Older story could be hacked in if you prefer though.

Mechanics are also simpler compared to tabletop. Rage is no longer a full blown resource, but it's instead on a sliding scale, making it simpler to manage. Other stuff is also simplified to limit the math required. As in the new Vampire rules, 9 attributes are replaced with 3 main ones + focuses. The Fera list is quite comprehensive (though not complete) and detailed - it includes Ajaba, Ananasi, Bastet, Corax, Gurahl, Kitsune, Nuwisha, Ratkin and Rokea, and they are all playable - though that might depend on your RP environment (there are also Mokole in the NPC section). There's a lot of mechanics revolving around status, renown, moots, and many other things. Overall, it's a huge and well-rounded book, and it has plenty of content which would (usually) be found in various supplements. 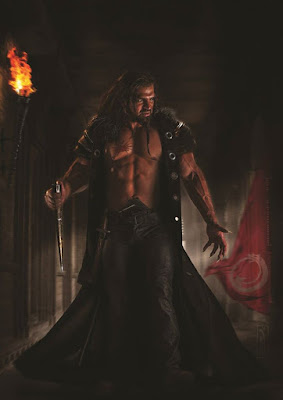 In the first half of 2016, we did a few Werewolf larps here in Zagreb using beta, gamma and delta rule previews, which were linked with our regular Vampire game, Noćne kronike - culminating in a major pervasive event we called "Week of Darkness", played live all over the city. From my experience, these larps worked quite well - although they attracted a smaller number of players compared to our Vampire game. They would've worked even better had we used the full version of the ruleset, with all the info presented there. The game is currently on hiatus - maybe we restart it at some point if we get more interested players...

Anyways, time for the final verdict.

This rulebook will NOT provide a faithful conversion of the tabletop system, nor will it provide for a simple, rules-light Nordic experience (like one used on Convention of Thorns vampire larp). It IS able to provide a fun game, with loads of content included as well as probably best politics and Vampire compatibility ever seen in the WtA so far. If you like it, you can get it here (note: at the moment of writing only PDF version is available, printed version should be after they're shipped for Kickstarter backers, which is currently scheduled for December).