April 25, 2011
On Saturday two days ago it was nice and sunny. Perfect time for a quick LARP. Never mind that it was a day before Easter and that we all had egg painting and stuff with our families. The amount of people who attended was a bit over 20, which is awesome considering the date. It was a 42nd short LARP in Maksimir park in Zagreb, organized by Udruga Ognjeni Mač. They take only a couple of hours, no entry fee, and they're done on no budget at all - but they still manage to be awesome most of the time ;) and keep the story going between our big LARPs. 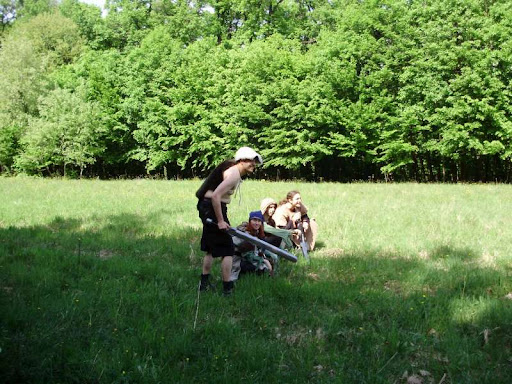 This is one of those times. I was one of the NPCs - we changed roles rapidly this LARP, which explains why our costumes were underwhelming, especially considering our big LARPs. We were first playing some peasants, rebuilding the village of Bijela Vriština (White Moor) which was recently recaptured from the undead, when a scripted fight broke out between two peasants about the ownership of a certain meadow. Players got distracted, and we sneaked off and went to play a band of goblins who considered the meadow to be their own. You can see me in the pic above playing a goblin leader claiming it was his meadow - arguments such as "I was the first to take a dump here" were used. 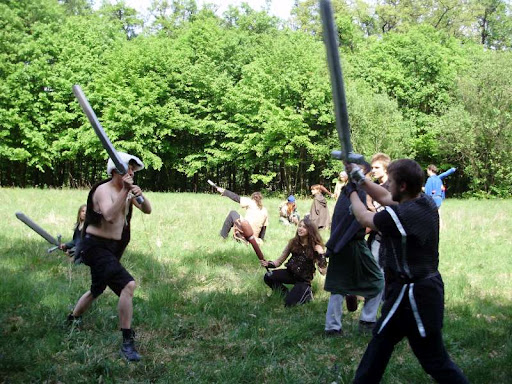 Filthy humans, of course, claimed the land belonged to them. The battle ensued, and us goblins ended up routed. We took a couple of lives with us though. Always take goblins seriously. After that battle, we switched back to playing peasants for a bit. And there was one turkish trader selling stuff to other characters. 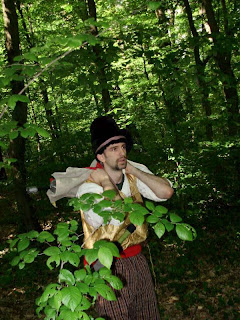 Some weird cultists appeared as well, pushing the main quest forward, messing with highly suspicious boxes of "holy dust". Some had zombie slaves too (yes, I was one of those too). 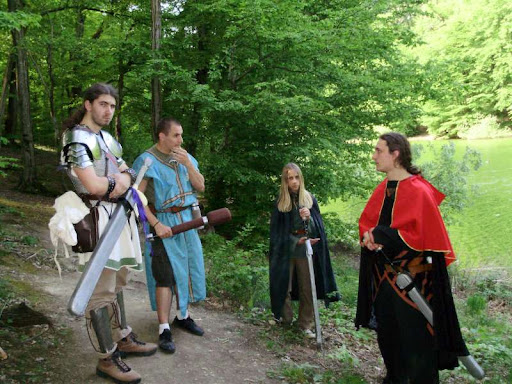 Two cults each had its own box. When two boxes gathered in the same place - the unholy circle or something - their plan became clear to players. They planned to resurrect an old warrior to fight for them. However, the ritual got botched, and instead of their desired results an abomination came out, a result of two corpses which got somehow mixed up together (yes, one of them was the warrior they tried to resurrect). I don't have any pic of the abomination (it was played by a guy who was photographing this event... and his girlfriend), but it was cool. Couple of us also played angry shades. Oh yeah, we made a massacre out of PCs... yes, they emerged victorious in the end. 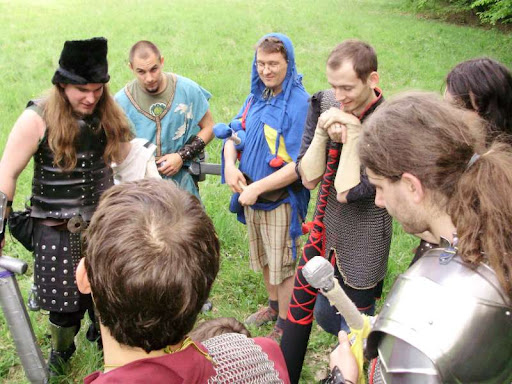 The cultist survived though. He summoned two more shades (I was one again), and made a last attempt to subjugate PCs. He was quickly put to his death, but he did make an impact.
Unfortunately, that battle gave a good distraction to some members of the mysterious Fire Cult, and they started a fire in a church in the middle of Bijela Vriština... And found an unlikely occupant in it.
Also, in an unrelated side quest, a lost cow has been found.
So, that's about it. Not bad for some three hours of gameplay. Organization-wise, we thought it's gonna be a mess - one of the new GMs was leading the event, and it suffered from organizational hiccups - but players loved it, so it was a success. The story continues next LARP.
You can view the full gallery here.