A weekend for LARPers

April 30, 2011
This weekend will be full of events by LARPers and for LARPers - and funnily enough none of those events is actually a LARP. 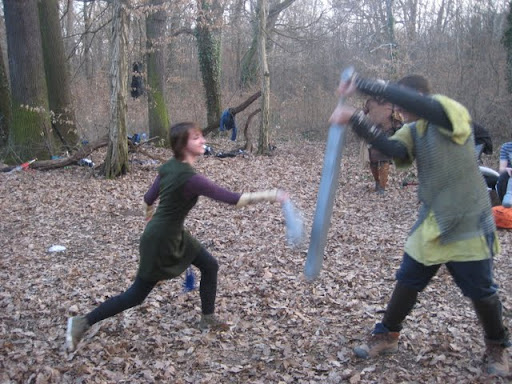 A photo from a training earlier this year. Today will be a bit greener, but similar.
Today is a battle training starting at 10 AM CET in Maksimir park. Off-game weapons practice - fighting methods and some good old sweating to keep the condition up.
Of course, battle training is a bit controversial subject - not every character is a weapon-wielding behemoth in a prime physical condition - some go weaponless, some wield an arsenal of deadly spells, some avoid combat - but whichever character type you play, battle training is good for you. Because exercise is good for you. 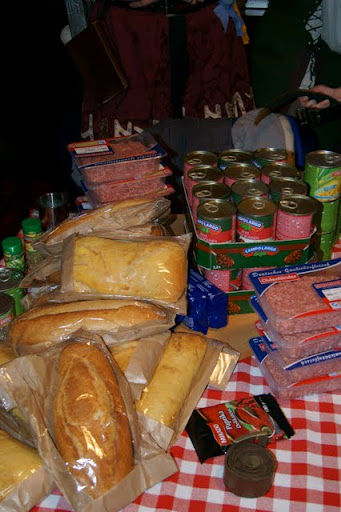 There was a scheduled LARP barbecue at Bundek lake tomorrow. May 1st is an international workers' day (Labour Holiday in Croatia) and here it's an official non-working holiday (since it falls on Sunday this year, it's one lost opportunity to dodge work, shucks). It's not as celebrated as it used to be during the communist era, but hey, why lose a good opportunity to throw a party?
However, weather failed this year. So there's gonna be no barbecue. Instead, chilli time at the Ognjeni Mač headquarters! If you like LARP, and you're in Croatia - be there. Food, beer and some good company. Perfect!
As with LARP Maksimir 42, expect to see some reports soon ;)