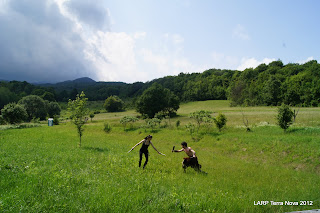 Attending an event and organizing one are two different things, and so experiences would naturally differ a lot. Logistically, the event was a nightmare. What we'd get on the terrain changed, plenty of people canceled their arrival including all NPCs apart from the organizers, and we ended up with a LARP of half the size we counted on just two weeks before, and many other logistical issues caused us to drive back and forth plenty of times to get the basic necessities done and transport all the stuff. We decided that we wouldn't reschedule the event despite being hit by all the cancellations. 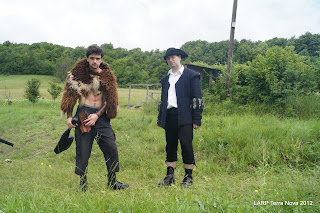 In the end, it was worth it. We ended up with 17 players in total - which is slightly small for a Croatian multi-day LARP, but there have been smaller ones before. Most of the attendees were not Croatian speakers - as we had 8 Hungarian players, and Martin. Because of that, the LARP was played (apart from some private discussions) completely in English - to my knowledge, it's the first Croatian LARP to do so. 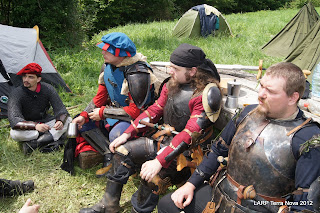 Hungarians played a mercenary band with some very interesting dynamics and roleplay. Their playstyle has a few differences from our own, but we all adjusted. 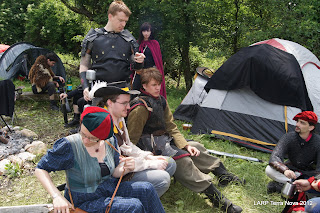 The story started on Friday afternoon, when the Terra Nova colonists discovered they weren't alone on this land after all. There were natives calling themselves Tuk-u, a living darkness, and an embodiment of the earth itself. 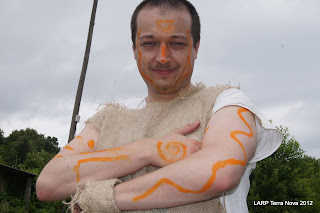 The group ended up very tight and friendly, and there were plenty of interesting roleplaying situations. Plenty of different viewpoints - caused in part by NPCs which themselves had differing beliefs and viewpoints. 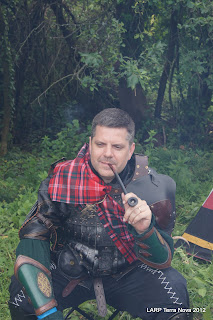 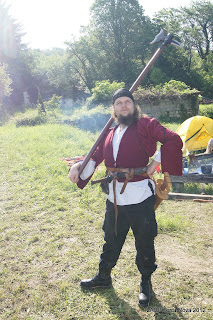 Sunday was also a game day, and it gave us a tournament and some more roleplaying. It also gave the only character death of the event, caused by players. No monsters or NPCs were there on Sunday. Then we packed up and were good to go. 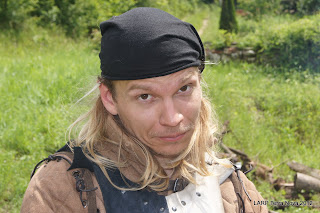 I also had the honor of introducing new people to LARPing. One guy had his first fantasy LARP and his first multi-day LARP. We also had two girls who had their first LARP, and had a great time. It was great, and I got a lot of positive feedback, so we're certainly planning more LARPs, and planning to make them even better. 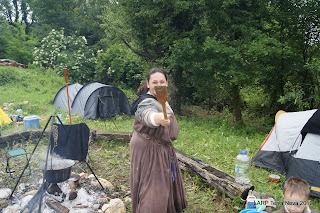 You can see more photos here or on Facebook. Photos taken by our guests are here and here. And you're welcome to comment on this post. Thanks to everyone who arrived, thanks to Vjeko and Ksenija for co-running the event with me, thanks to Robert for arranging the terrain, and thanks to everyone else who made this LARP happen.