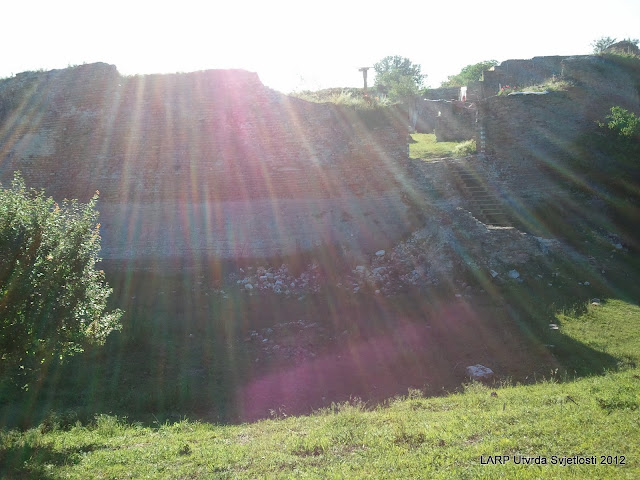 I just came back from this year's Utvrda Svjetlosti (Fortress of Light) LARP. As it was the last year, it was certainly a very special LARP, organized by Osijek LARPers in the ruins of 13th century fortress of Korogyvar at Ivanovac, near the city of Osijek. 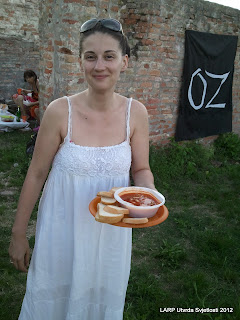 The stereotype of people from Slavonia is that they're hospitable, with good rakija and hot and spicy food. All of this proved correct, as we were welcomed warmly, and given plenty of attention by the locals. The fortress was decorated better than last time, making it appear even more epic. 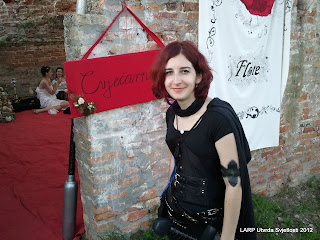 One of the bad sides of the terrain is that it's not too friendly for either rainy weather, or for the hot and sunny weather. This year - as well as the last - it was hot and sunny weather that was the issue, making the game during the midday impossible, so on Saturday everything was pretty much offgame until afternoon. That made some players unhappy, but on the other side intensified the night play. The bugs - which are the usual problem on the terrain - were quite peaceful this year. And if only there were fewer nettles... Anyway, it was the Saturday afternoon when the tournaments started. 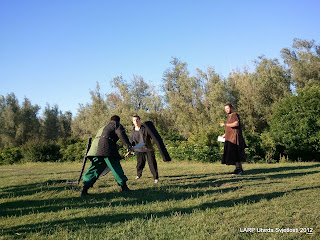 There were three tournaments in total - the archery tournament, organized by players themselves, a regular 1vs1 and 2vs2 tournament, and... Svinjska alka! 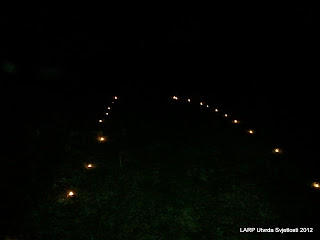 For non-Croats reading this, the Croatian town of Sinj has a centuries-old traditional game called Sinjska alka (Alka of Sinj), in which a lancer tries to hit a metal ring called alka with his lance while galloping on a horse. This larp introduced "Svinjska alka" (Pig's alka), done while running on foot with a huge, wobbly lance. It was awesome, and really a great fun... And a bush of nettles behind the running field to greet some of the game's over-enthusiastic runners. 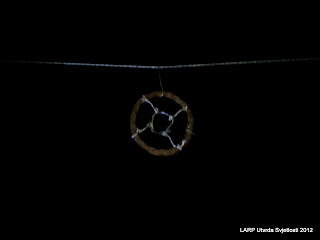 Depending on whom you ask, the main quest was either pure briliance or a failure. It was a brilliant, carefully done, Dan Brown-esque clue-finding puzzle that was quite complex and difficult. However, most players didn't get a chance to participate and were - at most - vaguely aware that there is some quest going on. The minority that did participate had a blast doing so. Personally, I preferred the last year's storyline, which was much more visible and managed to involve pretty much every player on the LARP, not to mention it was epic as well. These GMs can be great storytellers. 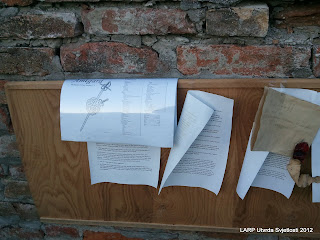 Roleplay was excellent during the in-game time, and overall I like what I've seen and experienced on the event. There were some truly interesting and spontaneous moments... As well as some stuff that happened at odd times and places... Such as a tea ceremony taking place at florist's shop in 2 AM. But it's these small details which add up to the charm that was this year's Utvrda Svjetlosti LARP. 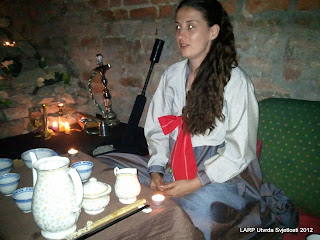 Players who yearned for some bad guys to kill were left somewhat disappointed. Until last night when some NPC shades arrived straight from the Jaska LARP's storyline. Players formed a circle on the fort's protective ditch, and defended the position from shades until dawn, when they disappeared. 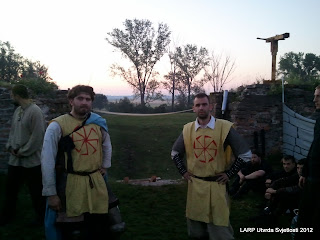 One of the best characteristics of this LARP is the organizers' will to innovate, try different things, and not just go for what worked last time. I'm certainly looking forward to seeing the players again, and coming to future events. You can check the gallery here. I also recorded several videos, but it will be a few days before I get that edited and uploaded. On another note, @AlmightyWatashi did some live tweets of the event, I believe that's a first in Croatia. 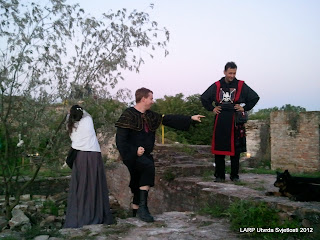 The next big event will be Rajski Vrhovi on July 6-8. Until then, there will be a few more interesting articles coming this way :)