The Steampunk larp "Para pokreće svijet" is here in its third installment today, called "Vrata rata" (Gates of War). First two events happened this spring - I missed the first one, but the second event was pretty much awesome. 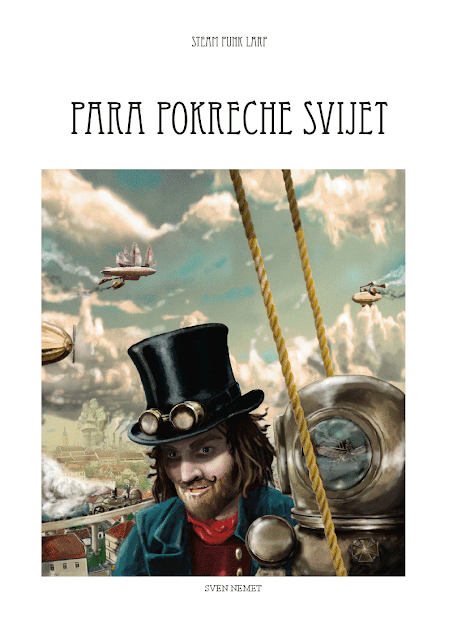 With an interesting atmosphere (and a timeline which took only two events to greatly diverge from its mostly-historically-correct origins), Steampunk larp is nicely shaping up.

So far the development is going pretty well. Timeline is being developed based on player actions every event, there's a great deal of materials prepared for every event (including newspapers etc) and other activities (we were betting in-game money on fictional world championship results, some hints were released and overall it was quite fun), the setting is quite detailed and personally I'm eagerly awaiting to return to alternate-history 1901. this evening. As always, I'll let you know how it went.