Terra Nova: Zimograd - how it was

January 14, 2013
Terra Nova: Zimograd. I've been preparing that larp for the last few months, but extensively the week prior to the event. Returning from it yesterday, it's all still fresh and I'm still exhausted both physically and mentally. Zimograd was run in a somewhat different way than the previous Terra Nova event in June 2012 (and WAY more different than the intro feast). I applied to it several lessons I learned from participating in Drachenfest and Mythodea in Germany, Chronicles of Demgard in Hungary, and several Nordic-style larps and freeforms. I guess I could say the form of Terra Nova had been evolving with every event so far. 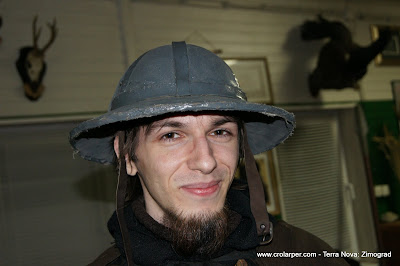 The intro part was something rather new. First we did some terrain scouting - as much as we could in the darkness. The players were separated into three groups - one which contained old characters, and two groups which contained new characters, who arrived in two separate waves. Groups were better tied together using the "Ball of yarn" method (like in Death of the Japanese Emperor - though lighter version was used here, with only 1 relationship which had something to do with the colony building or traveling together) and then we had another intro briefing, which demonstrated some heroic-style fighting (which was actually used on several occasions in-game) and where and when everyone starts. Old colonists started inside, and welcomed the new arrivals with some bread and salt...

The first night was great - larp story and player interaction, as well as general excitement and good food and drink made the experience a very good one. The next morning started slow, but had nearly all players mingling around the terrain. We had some pyrotechnics (smokes and firecrackers) which were used to create or enhance certain effects (earthquakes, people appearing or disappearing, magical energy during a ritual etc). At dusk, we held a celebration of the Day of Eternity (an in-character holiday for the members of the Ardonian culture), which was quite memorable. Later in the evening, the combat (and role-play) went down a notch, though there were still plenty of situations which I won't forget.


Apart from some planned (and unplanned) storyline elements and combat for those who wanted some, there was courting, diplomacy, religious discussions, shady gambling, legal and illegal in-character arrests, a wedding, restoration of lost memories, a murder, some (in-character) loving in the woods, and plenty of good food, drink and fun. Great role-playing, no incidents, good mood, intensive moments, excellent costumes - plenty of which were made for this event - were things which made this event excellent (in my book, though as organizers I am obviously biased). Tuk-u, the Terra Nova natives, also made a very strong impression.


Not everything worked as planned. We had only partial success in creating the player guilds. Again we had lots of people canceling in the last few days (some of which had the roles which would increase conflict on the event), and more experienced larpers had some issues. Hungarians were mostly missing some player-made conflict and content, while Croats were missing some player-vs-NPC conflict. Despite that, most people said they had an awesome time.

There were 32 players in total - we had Hungarians (Chronicles of Demgard folks - a lot of them awesomely equipped) and Americans too, so English was widely used on larp as a common language. Several players commented that this added to the feeling of fantasy - speaking Croatian almost seemed out-of-game. Overall, it created a large fantasy world and made it come alive.

It was rather warm for January and dry - however on Sunday morning, it started snowing. In fact, it has only recently stopped - we had heaviest snowfall in 24 hours in the last 118 years! Apparently, Zimograd justified its name (it means: Wintertown), and heralded the winter which finally came in its full strength.

I'll do a presentation of Zimograd - how it was, what happened, etc. next week (Thursday, January 24th) on SRP. FFZG, 19:15, A306, you know the drill. If you participated, come and share your experience - if you did not, come and see firsthand what it was all about, in far more detail than in this short review. For me, it was an amazing experience - and most players I talked to said the same. Hope to see you there, and on the next Terra Nova larp. (In the meanwhile, check out some photos here: my photos, Sonir's photos.) Thanks to everyone who participated and helped - it wouldn't have been the same without you. 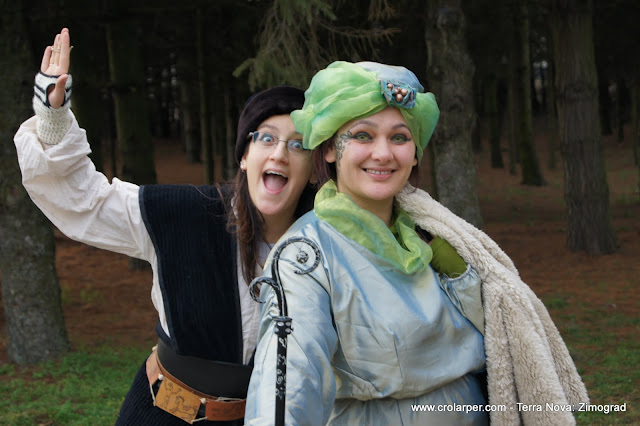