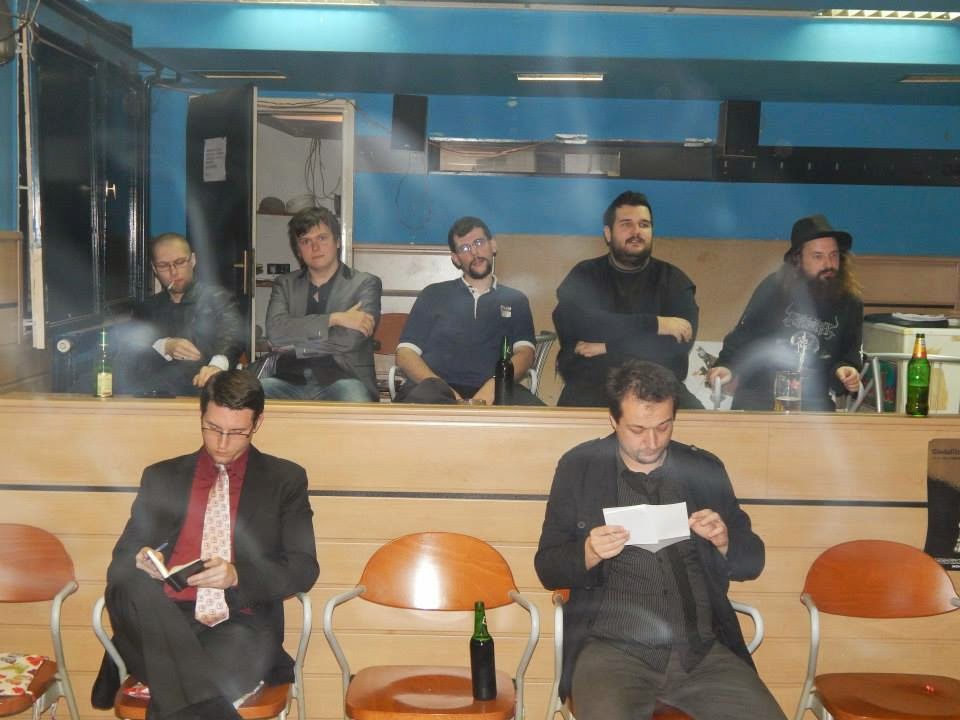 Camarilla Agram has grown from the experiment to a huge, popular thing. Last weekend's Camarilla Agram 7 was the 10th major event. In November, we'll have our 50th larp so far in the campaign (Elysium 39). Currently, it's a local poster child larp for a regular campaign/chronicle that runs almost every week.


Due to its' sandbox direction and the fact that it's run continuously, most of the content here is player-made, and a result of interaction between players. Running such a larp is vastly different from one in which a GM prepares all the plot beforehand. It's still done - according to the design goals of the larp - but it's a light push at most. Diplomacy and social interaction are a big part of this larp, and key IC positions are usually expected to be primary motivators to both "get the stuff done" and play their part in the social structure of things.

As such, there were several things going on on Camarilla Agram 7. A few of the major plotlines were "seeded" as a direct result of player activities (and/or inactivities), raising the stakes and causing some internal upheaval. Also, there was a certain Baali who tricked the locals in doing a certain ritual that didn't end up well (oops) - this one was played as a regular NPC. Besides that, all of us organizers tried to involve others in some way when we could, and we answered to the player input and resolving stuff with them.


For me, the event was a bit exhausting - I ran from one place to another to resolve things. As such, I missed attending a few players who didn't feel as included as they could be, as well as some parts that others managed to see, such as certain speeches, a presentation etc.

But generally, apart from that (and the fact that it went OOC a bit too much near the end) I'd say that for most players the event went smoothly, well, and without any complicated drama issues. There have been some really memorable and amazing scenes on this larp. which I'm sure many people will remember.