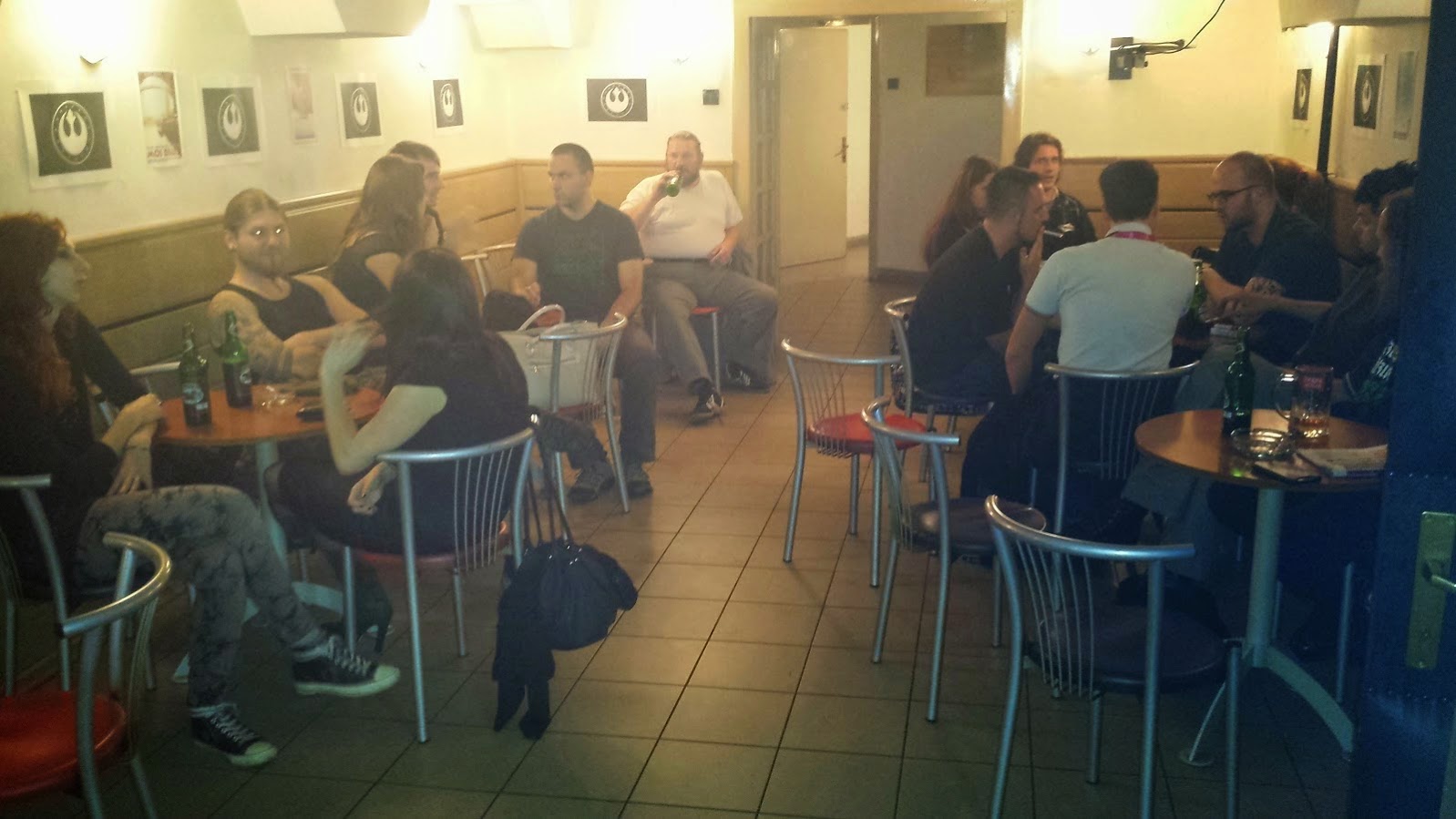 The world of Camarilla Agram Vampire larp is often simulated beyond what is easily doable on a larp. This is one of the areas when the complex ruleset used becomes an asset - a transition to the tabletop mode of play is seamlessly done on-the-fly. Several of the early Elysium events were small enough to support a well-rounded tabletop-like party missions near the end, as a change of pace from the social game. But as Camarilla Agram grew, we stopped doing that. Too large parties would be unwieldy for such a mode of play.

Last Thursday's Elysium 34 was a change of pace. Its' larp segment lasted only for a minute, while a single scene was played. Two parties sat down (with one player who actually Skyped in), left the Elysium IC and did some missions in the tabletop mode. It wasn't supposed to last as long as it did, but it did - it never returned to the larp mode. Perhaps it would be important to say that

Yesterday's Elysium 35 (pictured above) was once again a proper social larp, like nearly all Elysium events are. With 18 players in it, it was nice and relaxing - it's been a while since I've been able to simply sit down and play my character, without being all around the place like I usually am when an organizer is needed.

It was a nice, calm event which made me think a bit about larps and characters in general. These small Elysium events are rather low-key, at least most of the time. They represent our characters' daily lives - and often small talk and other things which help flesh them out into who they are. In most other larps, characters get to play only the high-key moments in their lives, when everything changes. Camarilla Agram has that too - if you come to only the large events - but being able to play out the routine, and much more often, is a very different experience. Simply meeting other people a lot - IC - can sometimes create bonds between characters which resemble and feel like real-life relationships with others, naturally evolving to that level.

Back on topic. Most of my IC time was well spent educating (or manipulating?) younger Kindred, and chatting with older elders. I finally found enough time to talk to some characters whom I didn't manage to talk to for a while, but there are still some remaining...

Next Camarilla Agram larp is Elysium 36, next week on Tuesday.