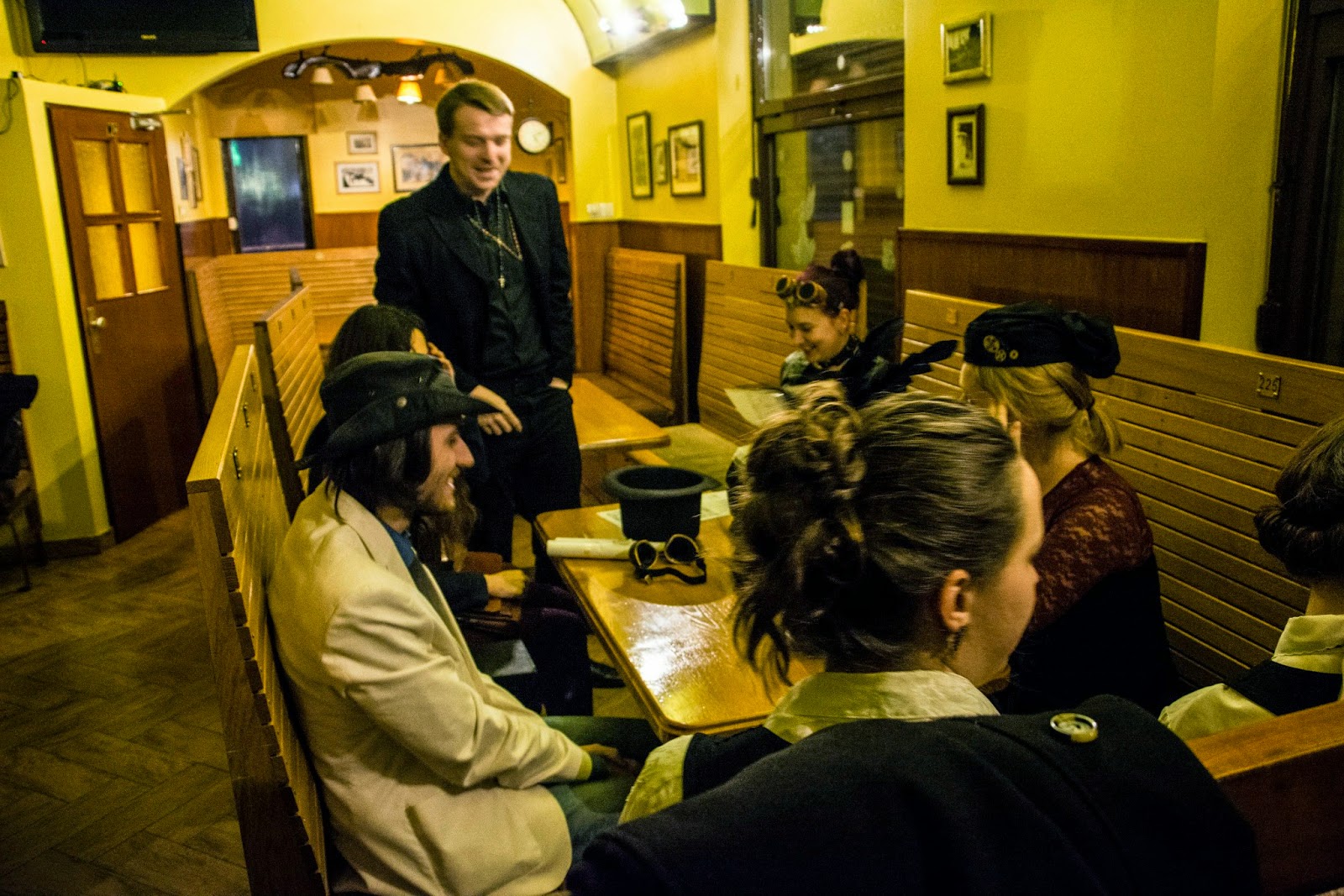 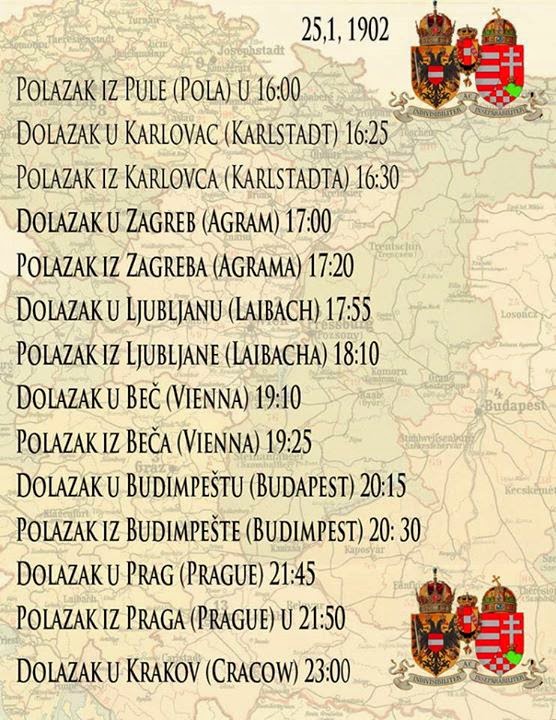 Cug is a Croatian spelling of the German word Zug, which means train. In several Croatian dialects, it is still commonly used to refer to trains, rather than the Croatian word for train, vlak. Cug is also a name of the train-themed cafe bar near Zagreb's main railroad station, where the new installment of Steampunk larp "Para pokreće svijet" was held. The name of the event was also Cug, and - unsurprisingly - the location represented a train in-character. A super-fast Steampunk train running a zig-zag north-south route through the fictional version of 1902's Austria-Hungary.

The event - held 10 days ago - was structured around certain train stops, which provided embarkation / disembarkation points for various player characters and NPCs. The train would remain at the railroad station for a while (giving characters the opportunity to exit the train) and then it continued along the way. Since the larp was held on Sunday - a bit odd time for larps - that actually worked well, as there were players who couldn't be there for the whole duration of the event - which ended at 23:00, which was much easier than previous large event that ended around 03:00...


I played my old character - the one I've been playing for almost 3 years in that campaign, the French ambassador by the name of René (personalities from various countries are well represented). Although, to be honest there haven't been Steampunk larps from the same campaign in a while - last year there was only one, and it was an offshot with a very different concept. And two events prior to that were held in a rock climbing gym, with fluorescent lighting - not necessarily the best Steampunk experience. Cug, however, was very well suited to playing Steampunk. The part where we were was curtained off from the rest of the bar, and one of the organizers played a waiter. Due to the size of the playing space, the number of players was limited to 22. My character was to be aboard the train for the full duration of the larp: 17:00 to 23:00, which represented the trip from Zagreb to Krakow.

Para pokreće svijet is a social larp, and it showed well this go. There was much less violence than in the previous installment. The time, if anything, was too short as I didn't have the time to RP with everyone I wanted to. There were lots of things going on, lots of tasks to do, and lots of hard decisions to make. My character got some of his goals solved, failed others, made mistakes, and fell in love because he was made to drink a love potion.

Para pokreće svijet is light-hearted, wacky, fun and doesn't take itself too seriously. It messes with history in a way that is often unexpected, but easily relateable. That concept has always worked quite well for it, and this was easily one of the best larps from the entire series. I haven't had so much fun on Steampunk since Vrste almost 2 years ago... or maybe even longer. 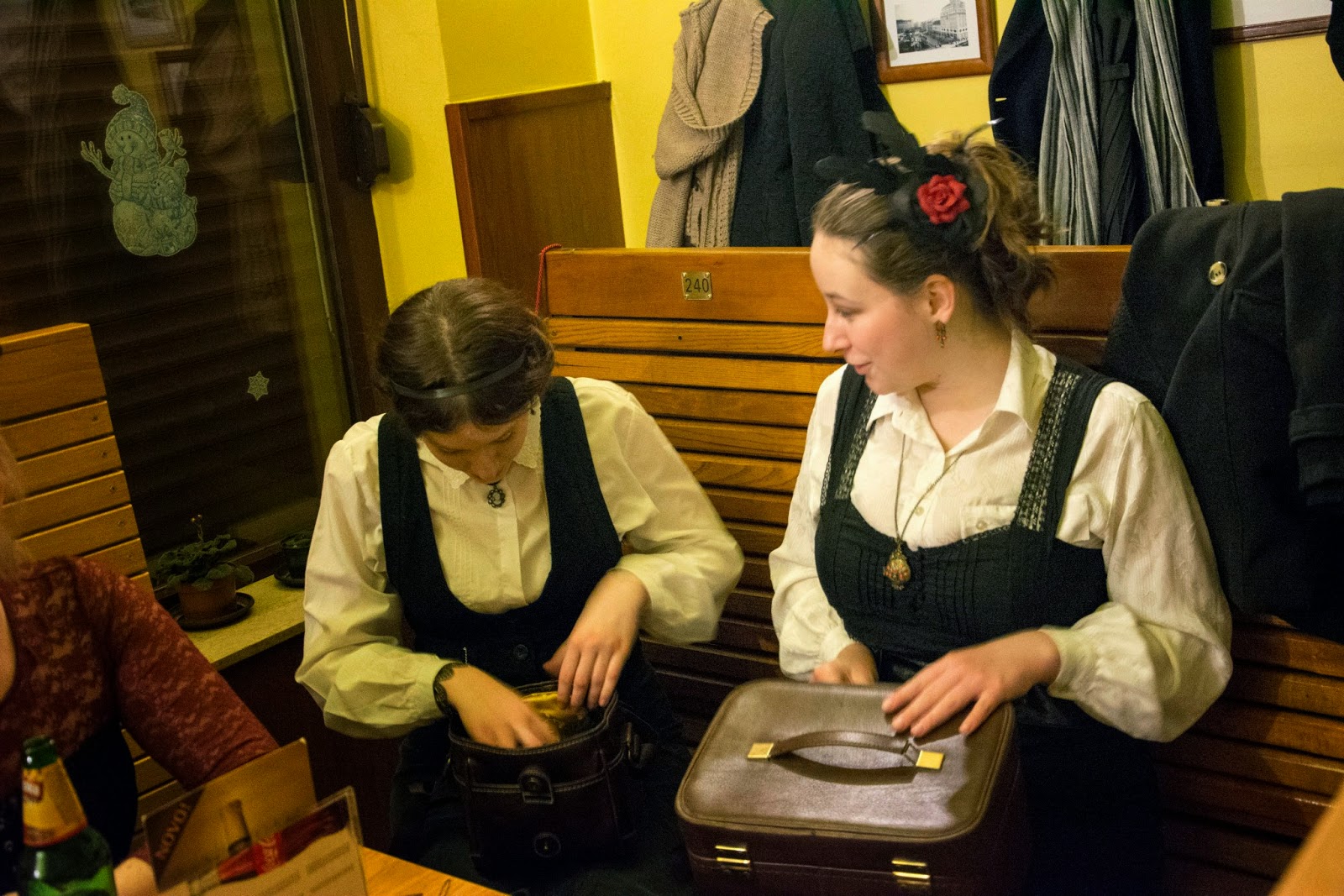 Most photos in this article have been made by Joško Frančeski and are used with permission.