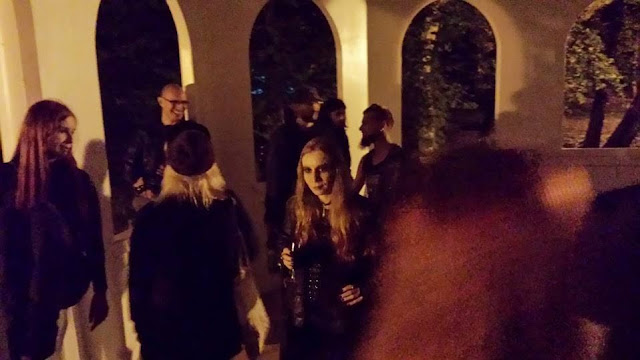 The first larp of the Camarilla Agram series that I ran and wrote about in the previous article sparked a lot of discussion - and a lot of interest. Overall I'd call it a success, even more than when I wrote the previous article a couple of days ago. We already announced the next event for October 26th, this one will feature Ivan Erpačić as the main storyteller. In the meanwhile, there's a RP group that started on Facebook.

The next thing going on is... today! We're having a meeting for the upcoming Terra Nova: Rise of Rashalan (which will happen on Oct 20th) in the Zlatni Medo beerhouse, from 8 PM onwards. If you're interested, come talk to us.

For those of you following the news about Croatian larp recently, you've probably noticed the new rules by Ognjeni Mač - which are quite changed from what was run before, which sparked quite the controversy on their forum and on Facebook. There was a short playtest event last week in Maksimir, there will be another one this Saturday at 2, and a big playtest event in Letovanić the next week, on Sat.21 - Sun.22.

However, that weekend we'll go to Hungary to Chronicles of Demgard: The Sternn Pass Incident. Two cars of Croatian players will be joining the larp - which was written with international participation in mind.

That's about it for this short larp update. If you're nearby this evening, stop by Zlatni Medo and say hello.

Oh and by the way - here's two pieces of art for the upcoming Izgon 2 larp that had been drawn by Danijel Knežević. The event logo and the logo of the Kalesti. Enjoy!