Terra Nova: Rise of Rashalan - how it was

Rise of Rashalan was a special event in the Terra Nova series. In many ways it was different from all the past events of the series. It was the first one to take place in a public location (the ruined old city of Susedgrad on the western outskirts of Zagreb), it was the shortest one so far (in-game time lasted for three hours), it was focused on the undead as the main characters, it was mainly a combat larp, and everyone involved played the same characters the entire time - there were no "jumper" NPCs.


A total of twenty players and two non-playing staffmembers (my wife who was a photographer for the event, and our make-up artist who was busy doing undead makeup) took part in the larp. There was a high visual focus of the event, and besides the make-up a lot of players made their own costumes and props to look way better and more convincing as the undead than before. The aim of playing the undead convincingly was high, and there were many details that made it happen.


One of them was a part about creating a workable undead society of sorts. Or better a first taste of how something like that should look like since it was a rather short time for something like that to form successfuly. However, there have been many wild ideas and interesting role-playing encounters - making them a very colorful (and often twisted) bunch of the undead, divided into several different castes of the newlyformed undead society. The internal hierarchy and structure worked well. 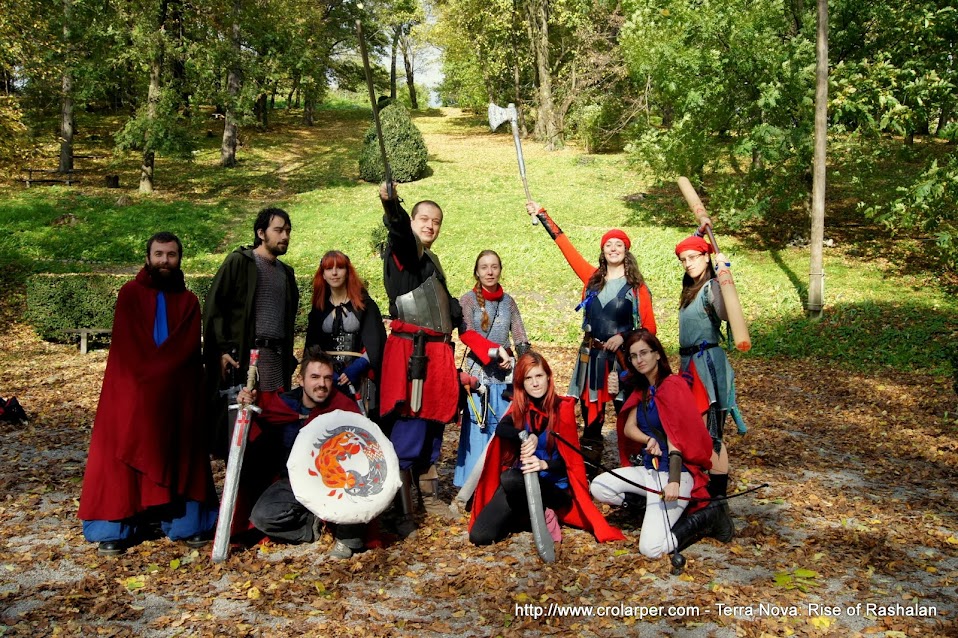 Opposing the undead was the Imperial Legion, dressed in red and blue colors for visual uniformity. The Legion portrayed what is usually the NPC role on the event - they were a weaker force of the two, and there primarily to challenge the undead, give them someone to terrorize and provide them with fresh new recruits.

Of course, this led into some battles. Here's how they went.


A planted ritual ended up badly and hurt the defenders


In the end, only a few survivors remained on the side of the living - and none sane who could tell the tale. The event ended, and we ended up debriefing in the nearby bar, a lot of people still in their makeup. 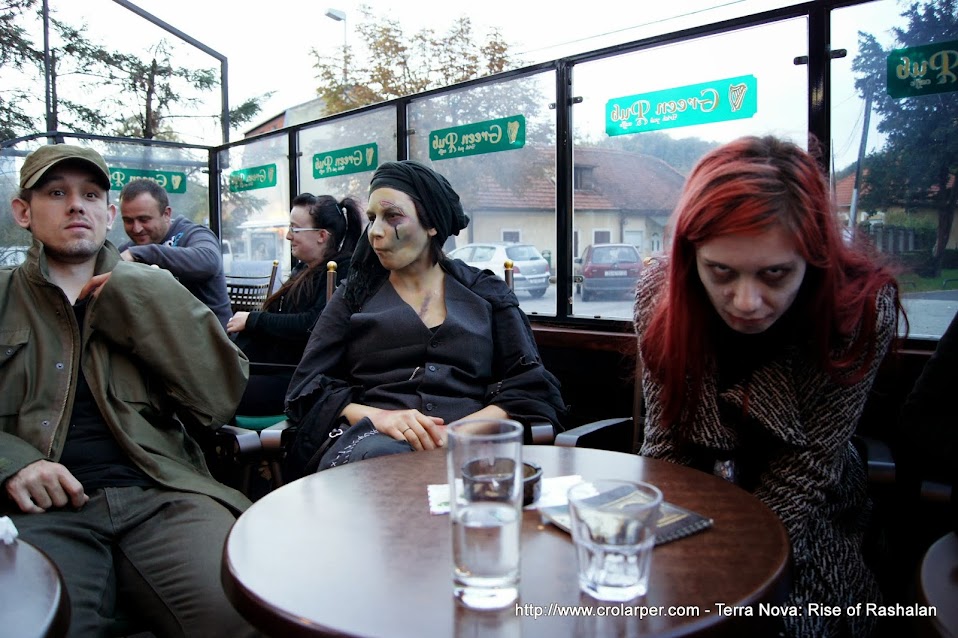 All in all, it was a good fun - and a great learning experience. Not nearly as pretentious or artsy as I sometimes do stuff - however, sometimes it's purely fun to run around and battle your enemies for one Sunday afternoon. Besides, this time it was the turn on the undead to really shine. One way or another, Rise of Rashalan will remain an unique event in the series, and the next big Terra Nova is Terra Nova 2014 in May, in its' standard multi-day format and with regular characters.

You can see more Rise of Rashalan photos here.