July 28, 2014
Hello dear readers! This blog has been inactive for a while. That's because I was on vacation, swimming in the Adriatic sea, relaxing with my family, reading a few books and recharging my batteries. So what happened in these two weeks?

I'll start with two larp reviews first. They were played two weeks ago and I was on them but I didn't get the chance to review them before I went to my vacation. Both were played in the same location (Kinoklub Zagreb aka KKZ) on two consecutive days (July 11 for Star Wars 2 and July 12 for Camarilla Agram 5). 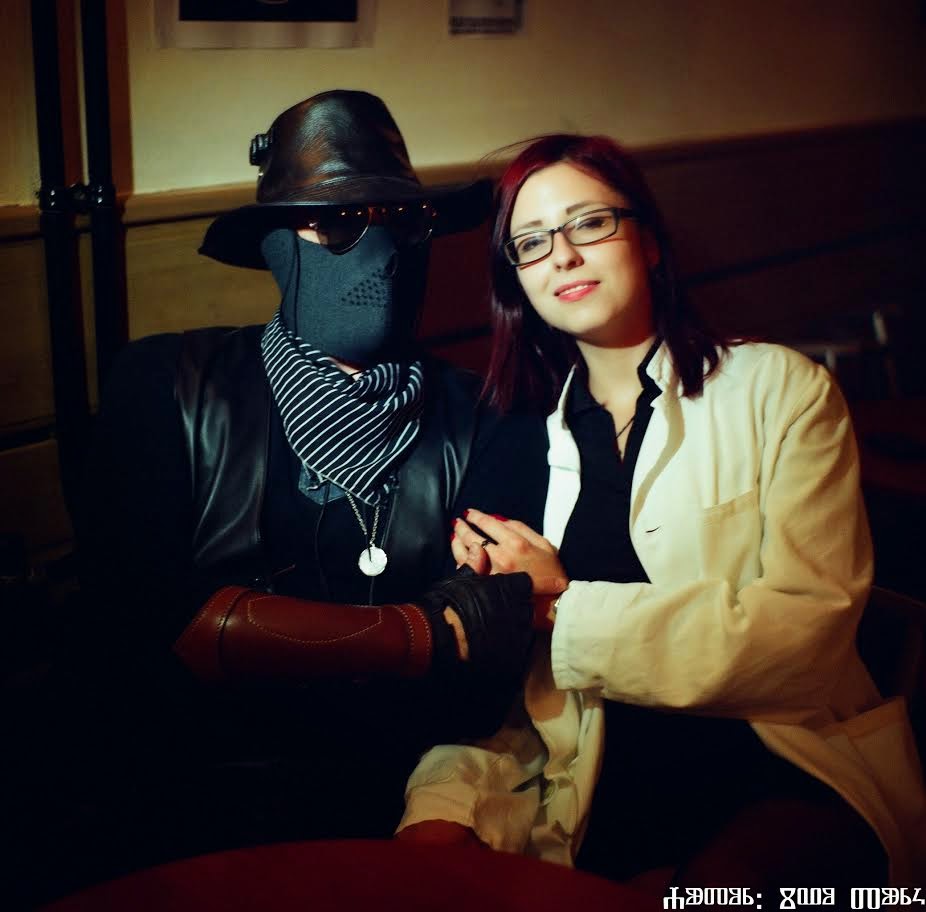 Star Wars larp 2 (by Ivo Turk and Matija Mihoković) continued the campaign which started in February. But just to clarify: the larp is simply called Star Wars larp, it has nothing to do with the second movie. Its' timeline is just after the end of the Return of the Jedi. Everything that was written for the first event was still pretty much true, most features - positive and negative - remained pretty much the same as in the first event. It was a bit emptier though, with only 20 players participating. However, the larp was hit by a massive cancelation wave - 12 players canceled, most of them in the 24 hours before the larp started, which messed up several storylines including mine and unfortunately made a less dynamic game than the February game, with fewer cool costumes.

It's worth mentioning that interior decorations were the same as during the first game, in fact they were never taken off KKZ walls which is quite cool.

Many players continued their characters from last time... I didn't. However, once again I applied for a pregenerated character which is cool since it both saves me the time of writing it and gives the game masters a chance to have something they need in their game. So this time I played a pimp called Rothnar Etross. 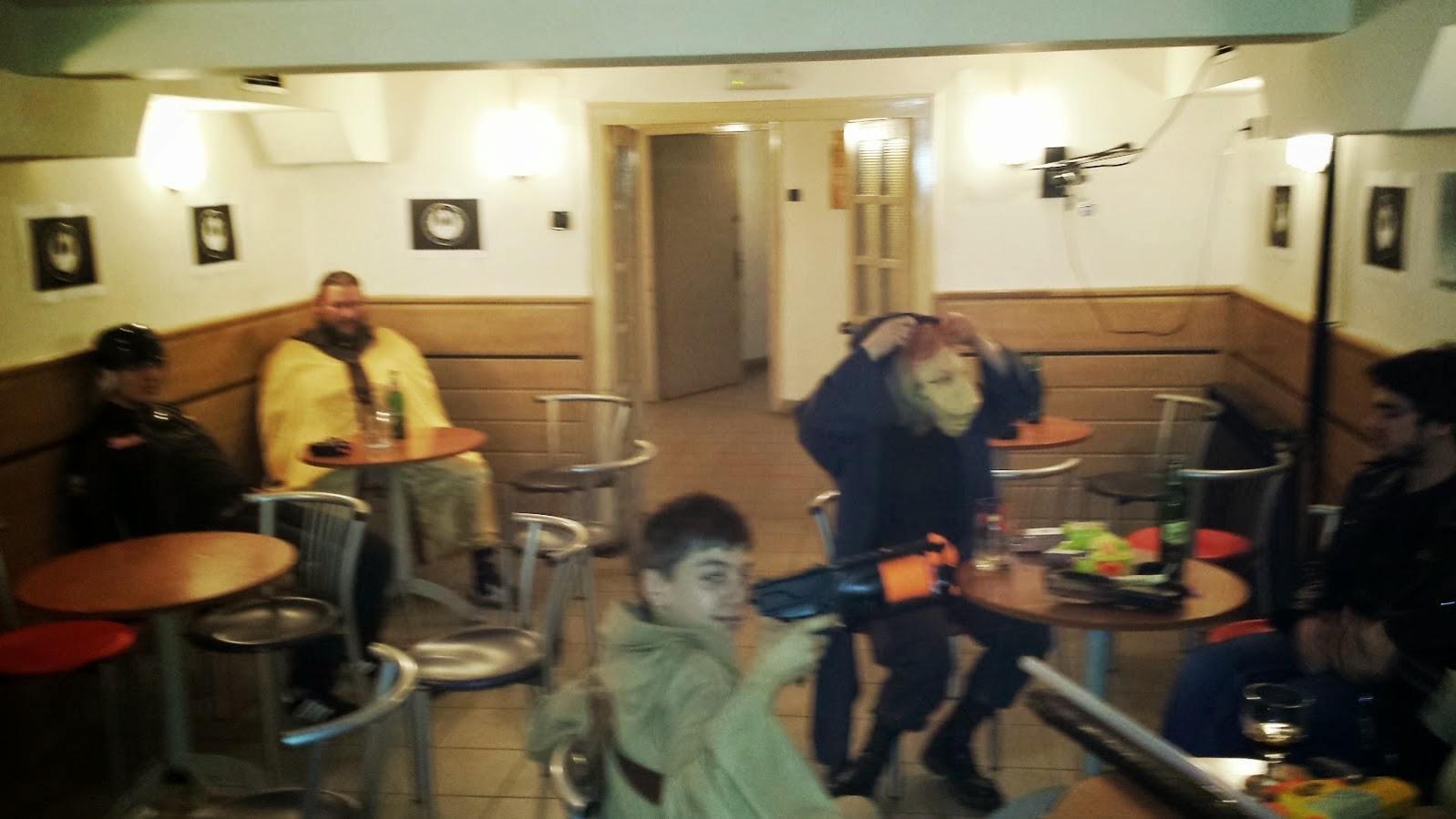 While my last character was one of the "in" people and was allowed into secret meetings (together with about 70% of the larp), this character remained outside... and that part was rather boring, so after 5-6 of us role-played a bit we started shooting beer bottles with our NERF blasters because there wasn't much else to do. The meetings were supposed to last shorter, and they actually prepared a presentation inside but there were some technical issues which significantly prolonged the meetings.

In the end there was some trouble, I got shot but managed to heal myself. Earned some money in-game by selling "services". It was a fun evening (and a zero-entry-fee event), which probably would have been even more fun if there were no cancelations or technical issues. The third game has been announced for November 22nd. 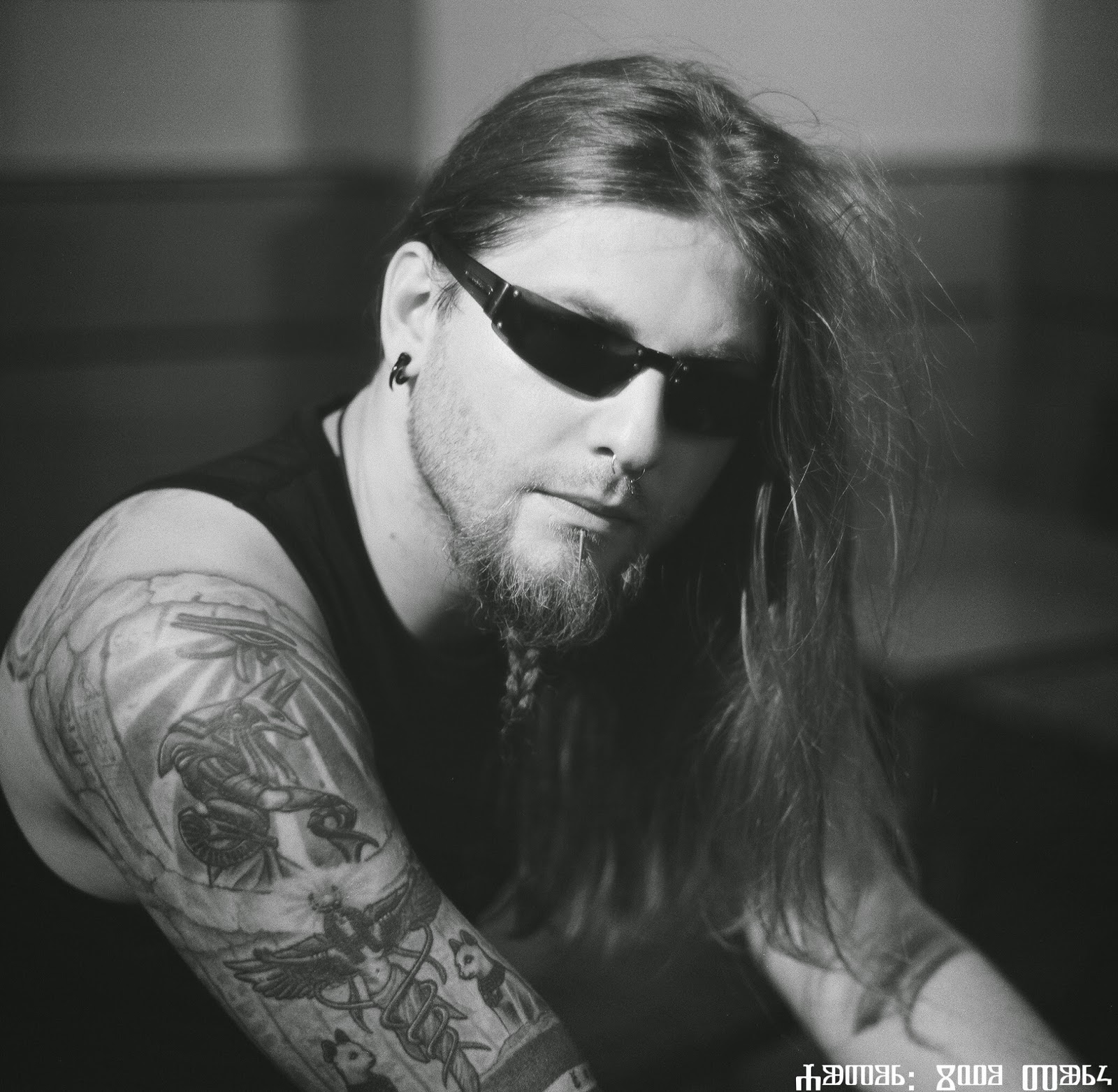 Camarilla Agram 5 was 30th Vampire larp we organized in less than a year, and the 5th major event. I was the main organizer, probably last time this year for a major CA event (others will be organized by other storytellers from the team).

Several new things were introduced this event. There was a combat scene that we tried playing in a cinematic, DKWDDK style of play (but still relying on rules) which was still a bit problematic, but it played out fast. The introduction was similar as in Camarilla Agram 4, which was soon followed by a combat scene, and then... unexpected photosession!


One of our players is a journalist for a major Croatian newspaper, Večernji list, and he's doing a major report on larp which should be up in a couple of days (and will be linked here of course). A photographer arrived to take photos, which ended up a bit more disruptive than we intended as it took characters out of game for a few minutes - and we stopped it after a bit to resume normal play. 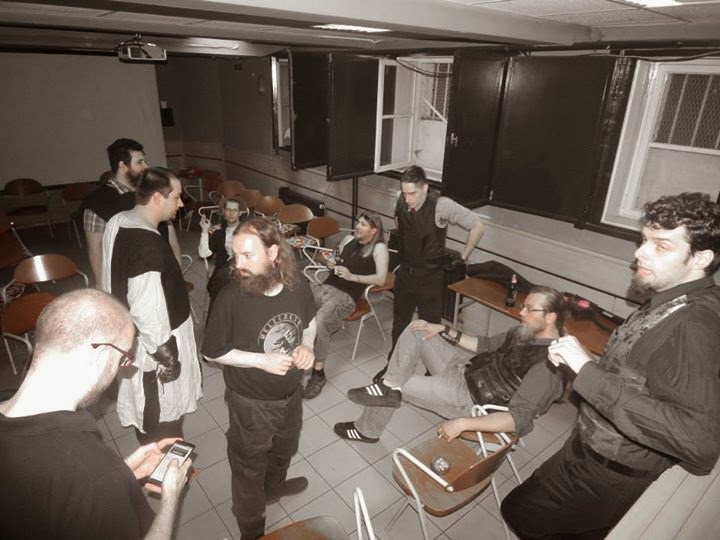 Afterwards, some of the most interesting and intense bits of this larp took place, however - a group of players that took part in it segregated itself in another room, in effect making something that looked very much like those meetings from Star Wars larp a day earlier.

We did have a chat after larp, to make sure it won't happen again as the idea is to involve players, not shove them aside.

Overall I'd say this event was a bit bumpy. Several parts turned out great, while others had issues - and players had very different levels of satisfaction, depending on which parts they've seen most - but overall I'd say it was a successful event and a good learning experience. In total 28 players took part in the event - a bit less than usual, but hey - it's summer, many people are on their vacations.

Regarding future event schedule, CA6 will be at the same time as the convention Liburnicon in Opatija. And on the date of CA7, an antiquity larp Beyond Gods and Empires: Dioniz has been announced by Sven Nemet. And CA8 clashes with the announced Star Wars 3. So to resolve these clashes we moved CA7 and CA8 the week forward, and we'll try to organize parallel content on Liburnicon. This should resolve some issues :)

That's all for this post folks. There's plenty more stuff on my mind, and I've got some catching up to do so expect more articles soon.
(photos by: Ivo Turk, Boris Kasavica and myself)