It looked like any other larp preparations. Costumes were getting ready. Carpooling preparations, last-minute costume design, packing - rather light, since we're not camping but staying inside - and watching the weather carefully. Not because we thought rainfall could be overly dangerous as there was a large and quite waterproof building on the terrain, but it could be annoying.

I was already good to go. Organizers announced they will be there around 9 AM, and so I already thought to start around 9:30, pick up some people in Zagreb at 10, and be on the terrain around 11 - which should give enough time to dress up, socialize, get ready to play, get the intro speech done etc., before the larp starts at 2 PM. Simple.

8:58 I'm getting a call from a fellow player. Larp got canceled due to floods. Roads are closed and blocked by the police. I call the organizers and it is confirmed.

At some time later we found out there was actually no more roads. The road surface got washed away by water and covered in landslide. The terrain itself was flooded, and some buildings were damaged by water. Helicopters were seen moving in that direction to evacuate people. 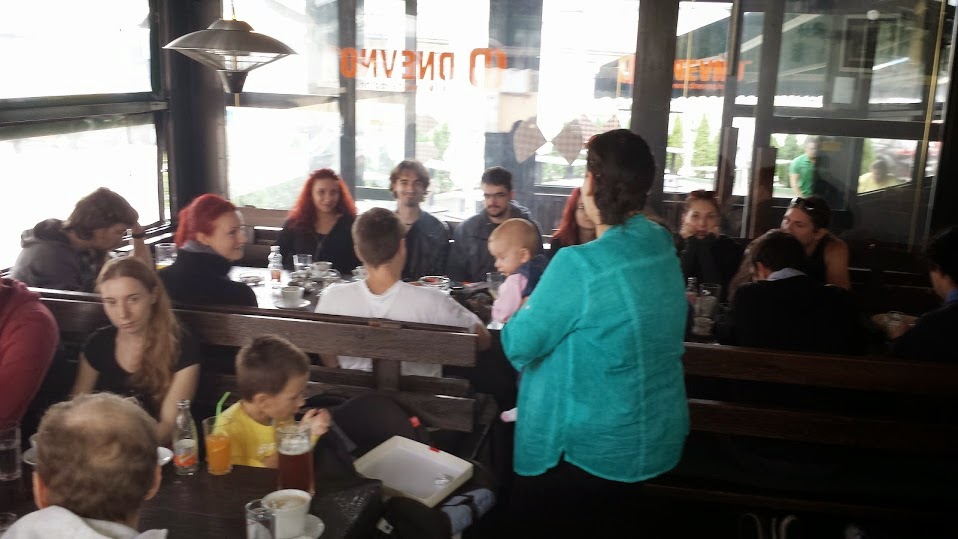 Around that time, we started to imagine what would happen if we were there at the time - on something like offgame Friday like the last TESC game. Our cars would probably be gone and we would get evacuated by helicopters. Very surreal.

So instead players met for a chat in Zlatni Medo pub. The event will get postponed for some time. We lost some time, but players who traveled for longer (from the cities of Bjelovar, Rijeka, and even from the neighboring Hungary) lost more time and resources.

Of course, we only lost a game. Owners of the venue had real, material losses - as well as people living in the flooded areas. Not only those from Žumberak mountain, but also Slavonia, Karlovac area and other areas struck by floods from all the rainfall in the past few days. We certainly dodged a bullet there.