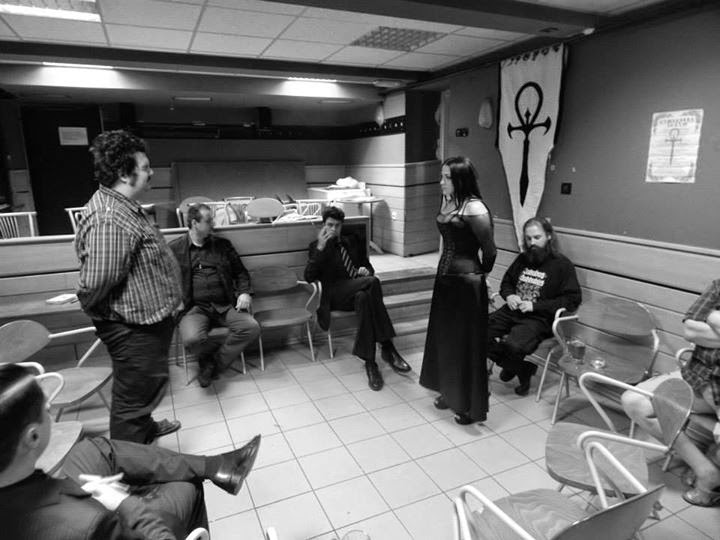 The sixth major Camarilla Agram event of this year was played on Saturday in Kino klub Zagreb.

As we're running it as a storyteller (GM) team, unfortunately this event's storyteller (Domagoj Krpan) got some work obligations - this ended in two of us running his plot. Several other players were missing due to Liburnicon and Renaissance festival in Koprivnica, so we were down to 21 players this event. 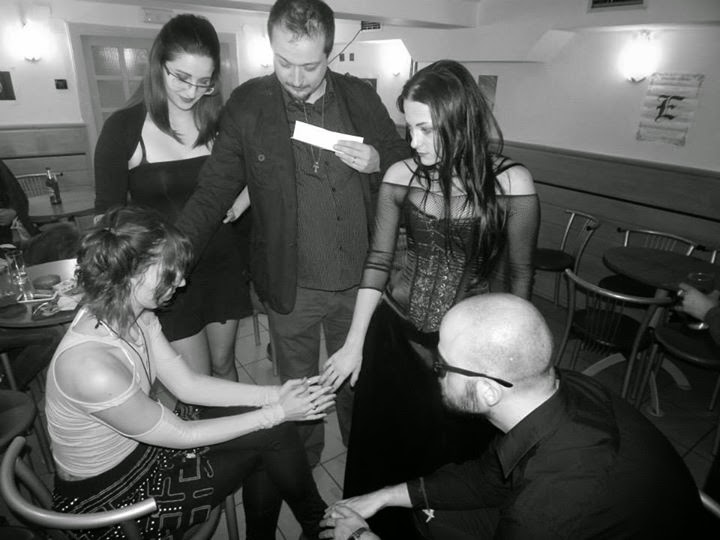 Without divulging any potential spoilers, I'll just say it was a lot of fun. Social setting, personal plots and power play, pushing for certain actions, solving some details and plots (and opening new questions), intertwined with mysterious messages and visions.

Almost a year has passed since our first Vampire event, and a lot has changed since then. With 3 major intro larps last year, 6 major larps this year, and 29 (together with tomorrow's Elysium 29) small weekly events, that would make 38 events in a year. Plenty of time for these changes to come.

In this year of play - and with Camarilla Agram being played far more often than other larps - a community has been created, and many players talk about the larp on a daily basis. This is quite different than many other larps which are played less commonly, and perhaps it's an interesting subject of study and discussion.

The wiki is slowly progressing, and has recently received a graphical overhaul (including this cool new logo) by Zvonimir Šegota. It now contains a lot of meta-information, explaining the current in-game power structure, statuses, some rumors and more - which is quite useful for new players (to learn the social structure), existing players (as a reminder), or really anyone who wishes to learn more about Camarilla Agram in-character structure.

Furthermore, four Elysium events have been announced for September, their schedule (as always) available on the website. The next major event will be on October 11. With the recent weather situation (it's wet, rainy and chilly), Camarilla Agram larps have moved indoors and long sleeves are used more, which is a good thing from the perspective of Vampire visuals (we'll probably get a heat wave later, making up for the lost second half of the summer). 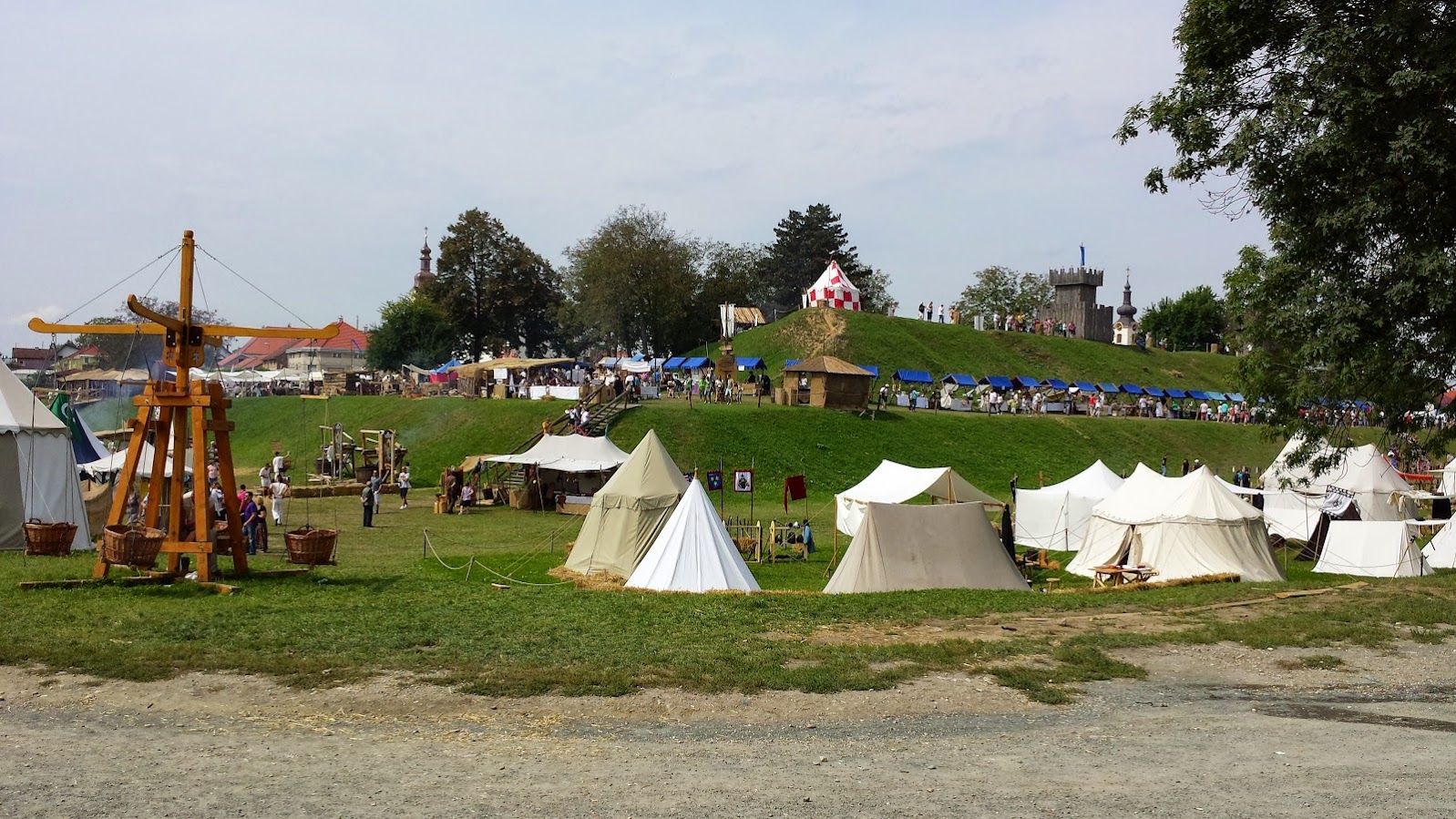 A day after Camarilla Agram 6, I managed to visit a renaissance festival in the city of Koprivnica, some hour and a half away (we play Terra Nova larp on a terrain not far from the city). I traveled with my wife, children and sister-in-law. The festival was huge, and checking out all it has to offer took plenty of time and walking. Like everything medieval in Croatia, its' visuals outdo our larp scene by far - but this should also be a reminder that such visuals and gear are very much possible in Croatia. Visually, these are quite similar to the big German larps - so yes, it should be possible to gear up smart and do a larp with similar visuals because people already do that. I met several friends there and overall it was a fun trip.

Reports from this year's Liburnicon are conflicted, it would appear there were some issues with the organization. I asked Miroslav Wranka (Siro) about his experiences, as he organized some larp content there. On the Larp FAQ presentation the sound system was unavailable, but it was quite well visited. Friday's panel was less visited, but it was at the same time as a very popular presentation so it was to be expected. Saturday's larp Pokret otpora got two runs.