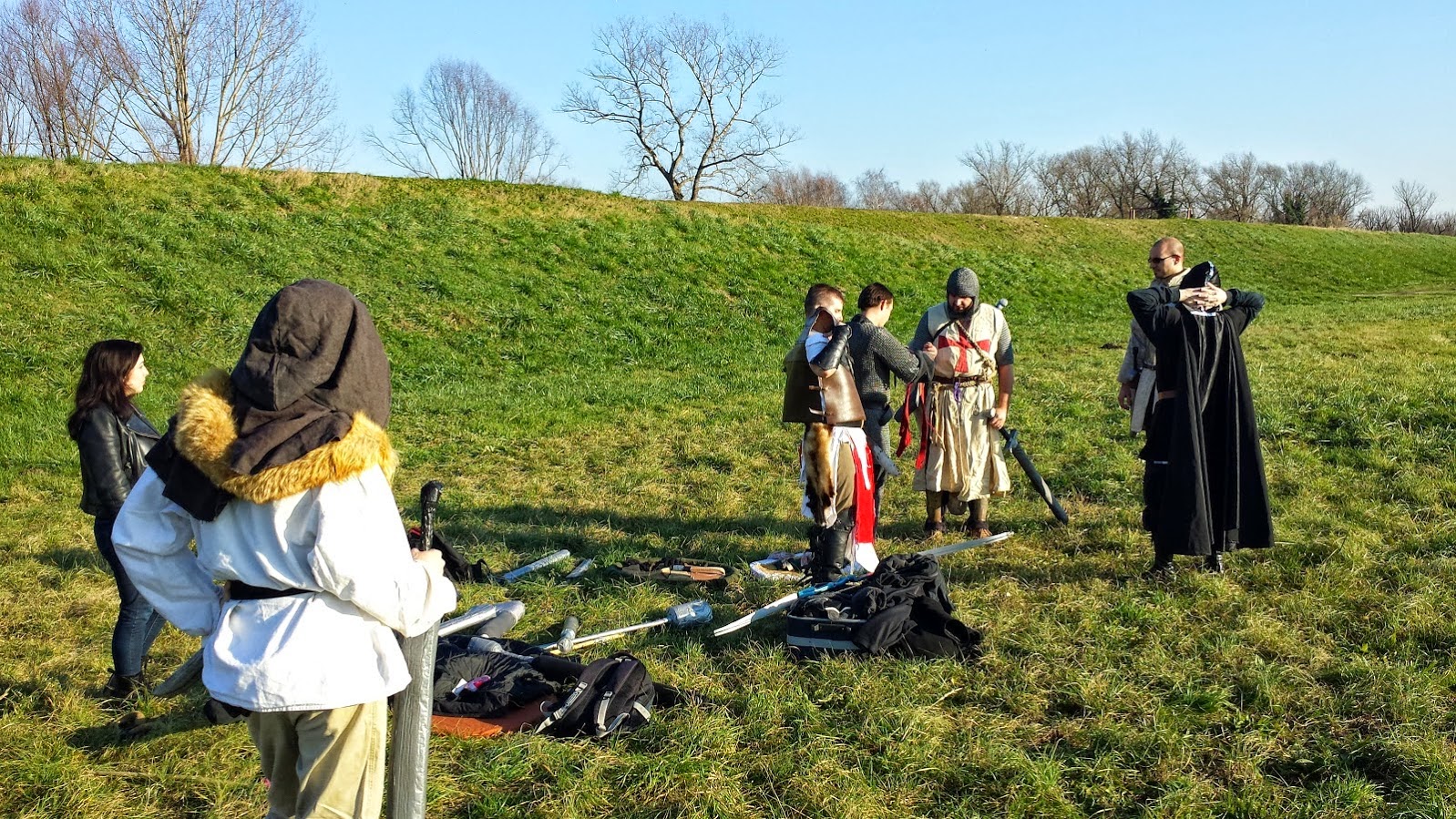 This year had been rather odd for Croatian fantasy larp in general, and looked very different from the previous years. And some of that change reflected in the Amtgard chapter of Krvomeđe.

We pretty much stopped doing regular battlegames and meetings back in Spring, after a few games where only 3 of us bothered to show up - and a far longer period which was very much doom and gloom and people slowly leaving (similar to other groups running similar events). Far from the (most recent) chapter's prime which lasted from late 2011 to early 2013. The only saving grace of the chapter were Rajski Vrhovi events, which are still among the biggest fantasy larps in Croatia, and which went quite well. 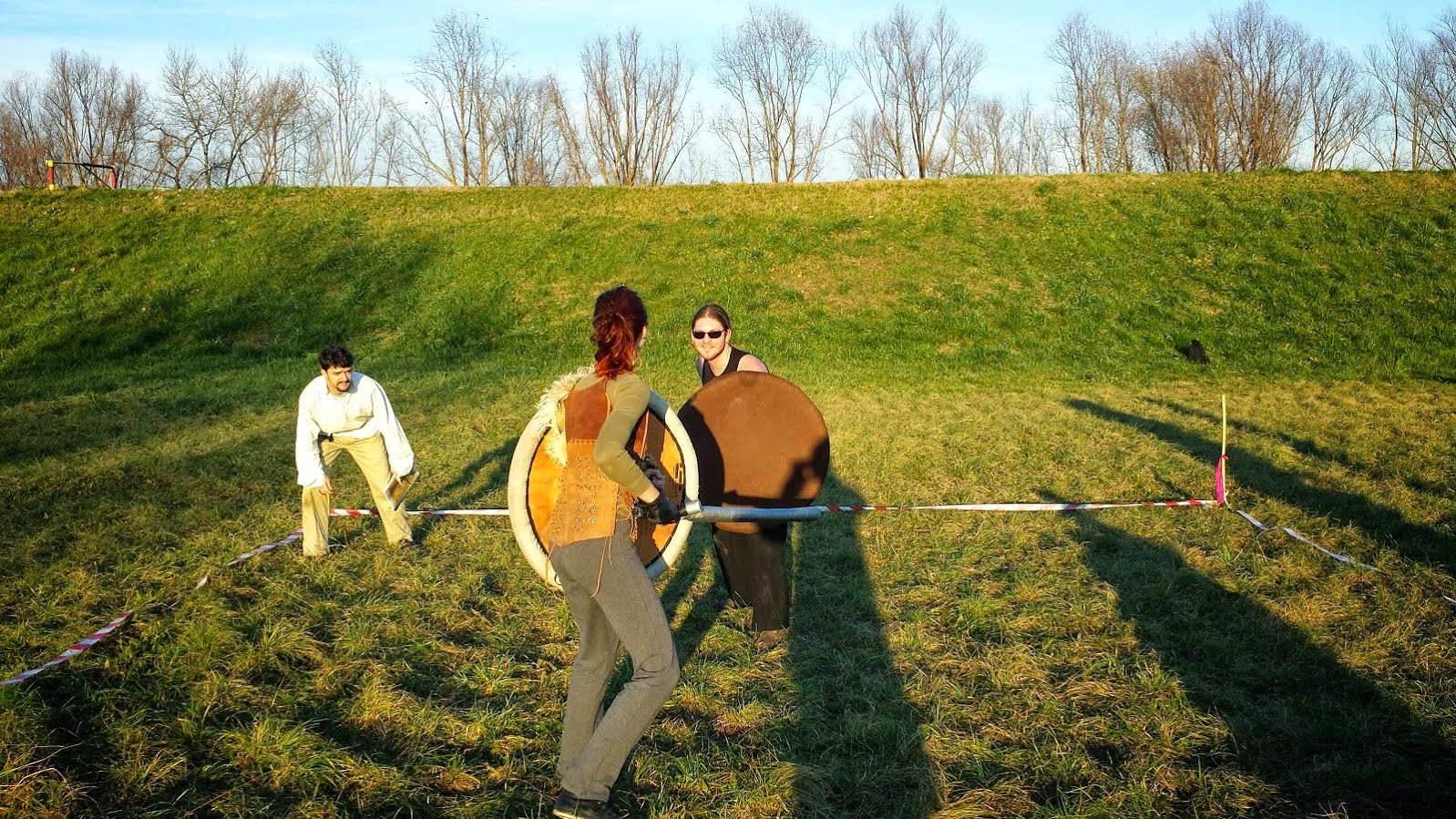 Out of the blue, after 8 months of inactivity, a battlegame day was announced for Saturday, December 20th. Expectations - due to recent experiences - were minimal.

The weather on Saturday turned out to be beautiful. Warm, sunny, and probably the best weather we've seen in over a month. A total of ten people - which is far more than what was expected under the recent circumstances - showed up and had an awesome time.

Capture the flag, team deathmatch, sparring, tournament, and archery competition. Time just flew. We went over our predicted time and kept on until the sun was just above the horizon, hitting each other with padded sticks and having a lot of fun overall. It was great training, and people asked for more. 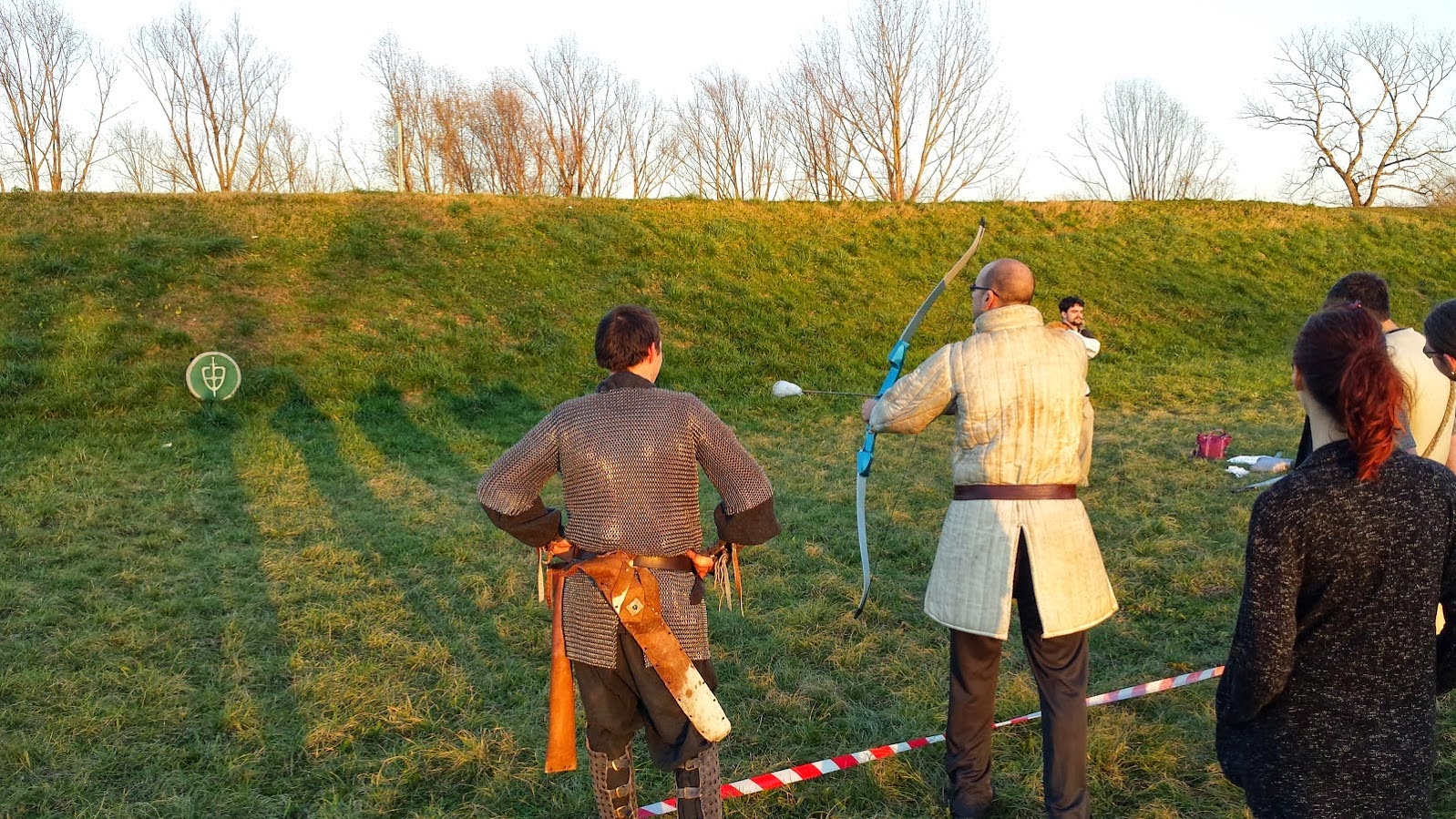 Perhaps it marks the change in trends. Sometimes I got the feeling that in the past, Croatian larpers in general got that idea that a larp has to have everything in it: lots of fights, a complex GM-led plot yet complete freedom for players to do what they want, simulated monetary economy that works, etc. This year larps tended to specialize more in some aspects and ignore others. Perhaps this specialization also helped players enjoy a style of play for what it is, without feeling that their favorite style of larping is being threathened by it?

I certainly hope so. I'm not sure when the next Krvomeđe battle day is going to be, but I'm gonna post it here and you're gonna see me there.