I'm back from Germany! The drive there (and back) has been exhausting mostly due to traffic jams - 16 hours of travel from Zagreb to Diemelstadt where Drachenfest was held (with a 4,5 hour jam around Regensburg!), a 2 hour drive between events, and 17 hours from Brokeloh back to Zagreb ('only' 1,5 hour jam around Regensburg, and a 20 minute one around Leipzig, but we took longer breaks). Indeed, Stau (traffic jam) and Baustelle (construction site) are some of the first words you get acquainted with on German motorways, as you wait in long lines that usually don't move (without apparent reason), and all you can do is look at the 'motivational' Wir bauen für Sie sign that you've been standing next to for the past 20 minutes... Faster border checks than last year (as Croatia is now part of EU) did help a bit, but my car not really being the fastest one on the motorway made this a long long trip...

But enough ranting about the traffic. Yesterday was a holiday in Croatia, so I took the opportunity to grab some sleep and rest - and try to catch up on what was going on on Croatian larp scene in the meanwhile. This took a decent chunk of my day, as the scene is extremely busy this summer giving us probably the busiest August (and September) so far. 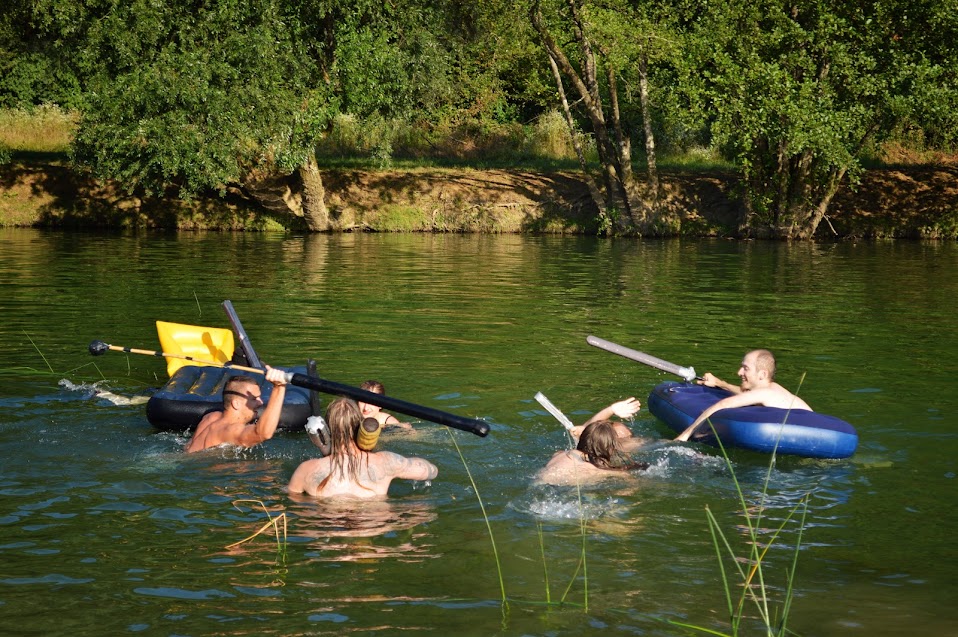 Two special Amtgard water battle events - Labuđa Rijeka 3 and 4 - took place in those two weeks (photos here and here - first two events took place), 5th one is probably going to be this weekend but the time has not been decided yet at the time of the writing.

Next weekend (August 16-18) there's another big Amtgard event - Rajski Vrhovi XIX. This time, I will not be a co-organizer. Terms, pricing and location is almost the same as it had been so far (though there will be some notable differences considering the change of the main organizer). Check the event on facebook.

Weekend after, August 24, there will be a playtest run of The Elder Scrolls Chronicles larp near Bjelovar, Croatia. From a simple rules playtest, an idea evolved - and it will be a fully featured one-day event. Click here for more info. On the same weekend, August 23-24 there will be a sci-fi and fantasy convention Liburnicon in Opatija that will also feature some larp content.

A week after there will be no larp (whew) but there will be a big meeting for the upcoming short Terra Nova event, Rise of Rashalan. A week later we're off to Hungary for Demgard on September 20th. Then a week off, and then it's time for Sine Requie on October 5th.

Looks like a very busy (and yummy) rest of the summer and early autumn.

But first things first. Next I'll be writing about Drachenfest and Mythodea. Time to remember all the details...