August 25, 2013
It has been just about two months since The Elder Scrolls Chronicles projects started. I still remember Marko telling me this idea of his, and me trying to convince him to do it. Only two months - and a chain reaction started then. A lot of people joined the project, in some way - nationally and internationally, whether working directly for the event or discussing elements of it online. I had a lot of chats and meetings with Marko, theorycrafting about the rules and actually playtesting a part of them once with him. After that, the rules were deemed stable enough to go public with them and the first event was scheduled for the March. Marko did some scouting, and a month ago the playtest event was announced (as I left for Germany for two weeks, I was late in reporting it). From the idea - which was supposed to be the out-of-character playtest of the rules - the full event actually emerged. And it was not just an event, it was a pretty serious event - with "no OOC stuff", character sign-up deadlines, and personal quests written for everyone.


A few things to note before proceeding. Elder Scrolls Chronicles is running on the model where larps are a series of one-shots with usually different characters taking part in them, so you might read something which you'd usually consider to be a spoiler but since the characters are not continued it can be discussed with more liberty without worrying about accidentally metagaming. All photos you see in this article have been taken before the event actually started - once the larp started there were no personal out-of-character items, although we could not remove several large modern items on the terrain (they were referred to in-character as Dwemer artifacts). And last but not the least, several things mentioned in this review will make much more sense if you've played a lot of the Elder Scrolls PC games and are well versed in their lore. A large number of players was. There were a total of 17 players on the larp, and a total of five organizers.


The background story was about a new tradehouse being opened near Falkreath in Skyrim, by Lord Geth Orosha of High Rock in 4E180. Before the larp started, as many players were traders of some sort we did the set dressing of our stores before we acutally arrived in-character (so we did not have to bring all that stuff in an actual in-character fashion). I did not set a shop - instead, I set a shrine to Mara in a gazebo that was placed on terrain. 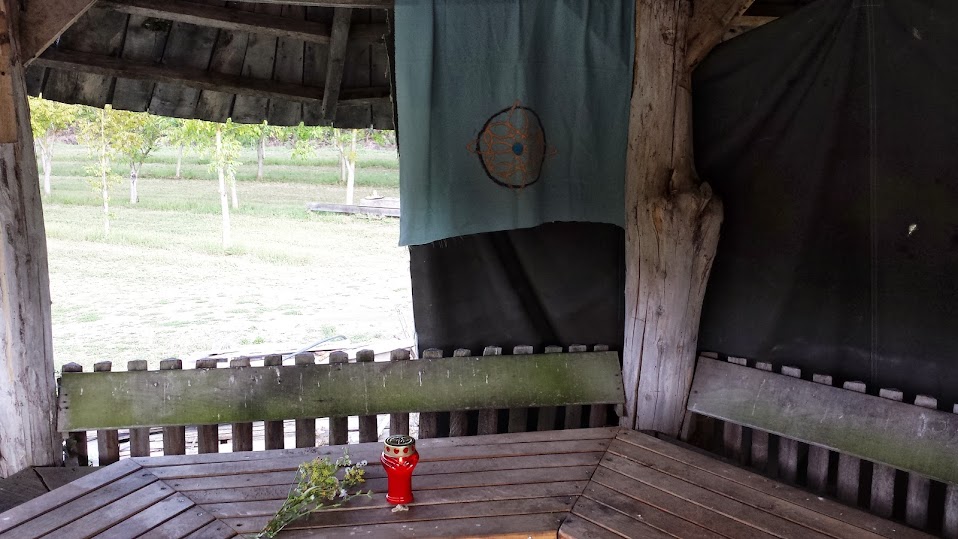 We started after the dressing, though a couple of hours late from the announced time. We were welcomed one by one, and we entered the tavern where drinks - and later food - were served. 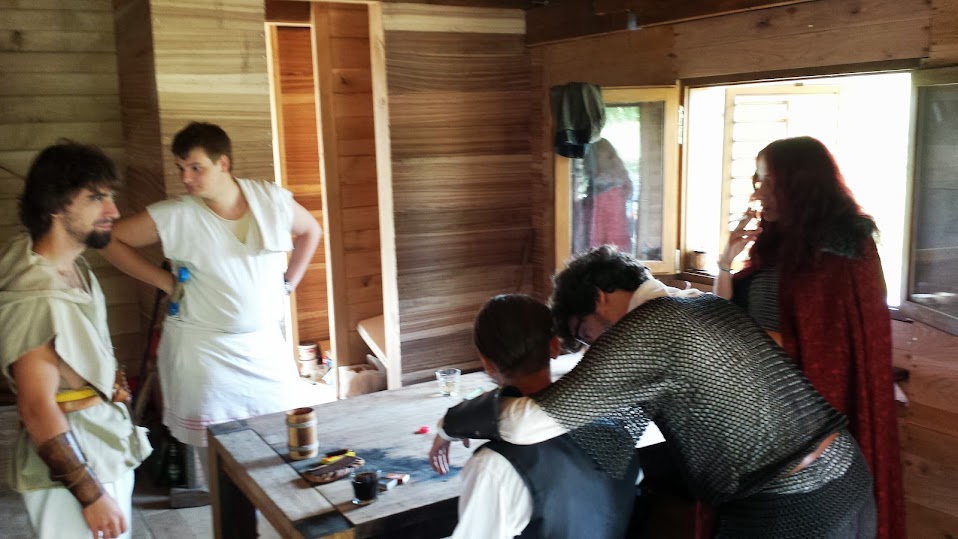 This is a good time to talk a little bit about economic system. Everyone got 100 septims at start, which were simulated by Croatian coins of 5 and 10 lipa, and we used them to pay for everything including the drinks that we ourselves bought and donated to the tavern. The food - a suckling pig and plum knedle - were also provided to us at no cost (since the event was free to attend anyway) as organizer's way to say thank you for coming. There were many things to buy in-character. I sold Amulets of Mara and rings. There was an enchanter, a blacksmith, and several alchemists. We had a Skooma dealer chain. All in all, there were plenty of items to buy, and economy worked fluid and marvellously.


Some time after the larp started, it turned out that our host (Lord Geth Orosha), is in fact Sheogorath, Daedric Prince of Madness. Damn anagrams. And we were all his to toy with and amuse him (and to bring us to madness). After he ate some cheese, introduced himself, and wabbajacked someone into a frog he put us up to some tests (an in-character reason for out-of-character testing of various mechanics). First two were a fighting one and one about the lore (which I won), which gave us two pieces of a map to a trapped chest which contained another clue, which led us to another locked and trapped chest - which was lockpicked by the captain of the Imperial Legion.


The chest contained several fistfuls of coins. And cheese. The Sheogorath thing worked great, he was portrayed by Domagoj who really performed the role awesomely (though slightly less sinister than the game version), feeding people with cheese and "brain candy" and with a lot of memorable quotes, one of which explained the presence of water tower on the terrain: A Dwemer once came to me, wanting to prove that Daedra are not gods. I proved to him that he is a water tower.

Trying to deal with the situation with Sheogorath (and avoid getting turned into a stump), people were trying to resolve their own plots. I managed to do my own, meeting other people who believed there are Nine divines, not Eight (and survived a plot by a certain housecarl who poisoned me and then fed me Skooma telling me it was an antidote... that sinner should learn to love and embrace Mara! But then again, Sheogorath's madness took us all...). All of this made an interconnecting web of personal plotlines in a way similar to Tragači zore, though somewhat lighter - though here there was also Sheogorath for some extra fun. Players mingled around, networked, and soon discovered several potential threats and allies. From Blades to pimps, there was quite a lot to be found. 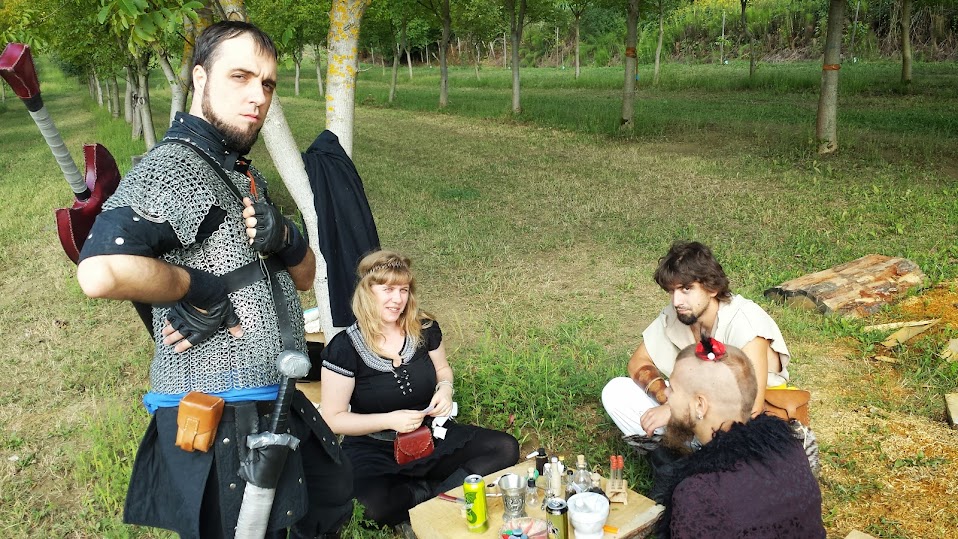 The grand finale was a battle during the middle of the night, where Talos worshipers took out the Imperial Legion. It would probably happen even sooner if they knew that the captain was a Daedra worshipper and Thalmor agent. But still. The Legion was outnumbered in the fight approximately two-to-one. Soon after, we were freed from Sheogorath - Jyggalag ended his scheme and the event was finished.

Debriefing started immediately after, in which players shared how they liked the event, what rules they feel should need adjustment, what worked and what did not, and what they felt was missing. But overall, the event was universally well liked and well scored at the debriefing. It held true to the lore and it felt like Elder Scrolls - the only thing we lacked is a few more non-human characters.

We packed in the morning and left, looking forward to continuing the campaign in March...