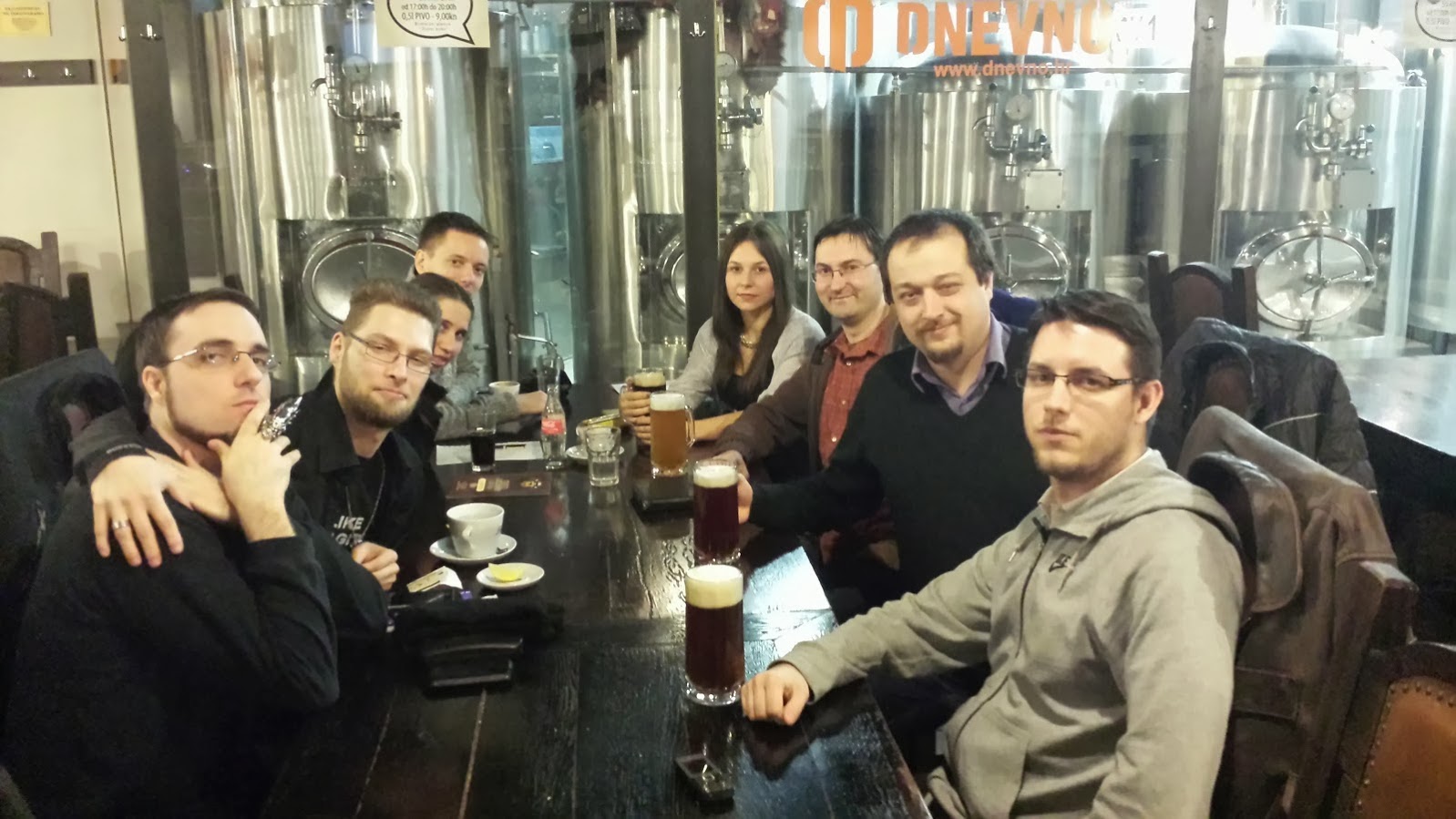 A total of 9 players took part in yesterday's Elysium 3 vampire event. It was structured in much the same, hybrid way as the last one, however I'd say this time people got even more involved. For the most part it ran as a social larp, however the last third of the event played in the tabletop mode - a battle against werewolves, which engaged the players. This way of playing is so far proving to be well-received for the Elysium events.

In other news, Ognjeni Mač published the new version of their rules, developed for the last six months, and you can get them here - so far in Croatian but there's some talk about making an English version as well. Setting is still to be completed, but from what is now visible it will be based around three main forces (Law, Nature and Chaos), and it will feature domination-style battles to control "nexuses" which will give certain bonus to groups controlling them.

Terra Nova website has been updated to the current timeline, old journals have found their way to the web, and the first three lore documents have been posted into the Ardonian Library - an open world project, which is awaiting your submissions. Also, there's now a disqus interface for discussing any form of lore directly on web. A similar interface has also been put on the Camarilla Agram website to make it interactive.

And the larp density is increasing. Can you guess how many larps are planned in the next two weeks? Five. First one is a Star Wars larp this Saturday. It'll be followed by Elysium 4 next Wednesday. Saturday, March 1st will feature two events - Camarilla Agram 2 and the Ognjeni Mač battlegame in Maksimir - named Maksimir 72. Elysium 5 is planned for Monday, March 3rd - with a different planned schedule than this month.

And then it will be time for the second PoRtaL convention, this one in Budapest :) Once again, March will be a busy month for larpers.