Chronos is a new and quite unique larp system. It's meant for non-contact play - similar to Vampire - but that's hardly scratching the surface of what Chronos is. Produced by Eschaton Media - famous for Dystopia Rising - it's something that's certainly unique. 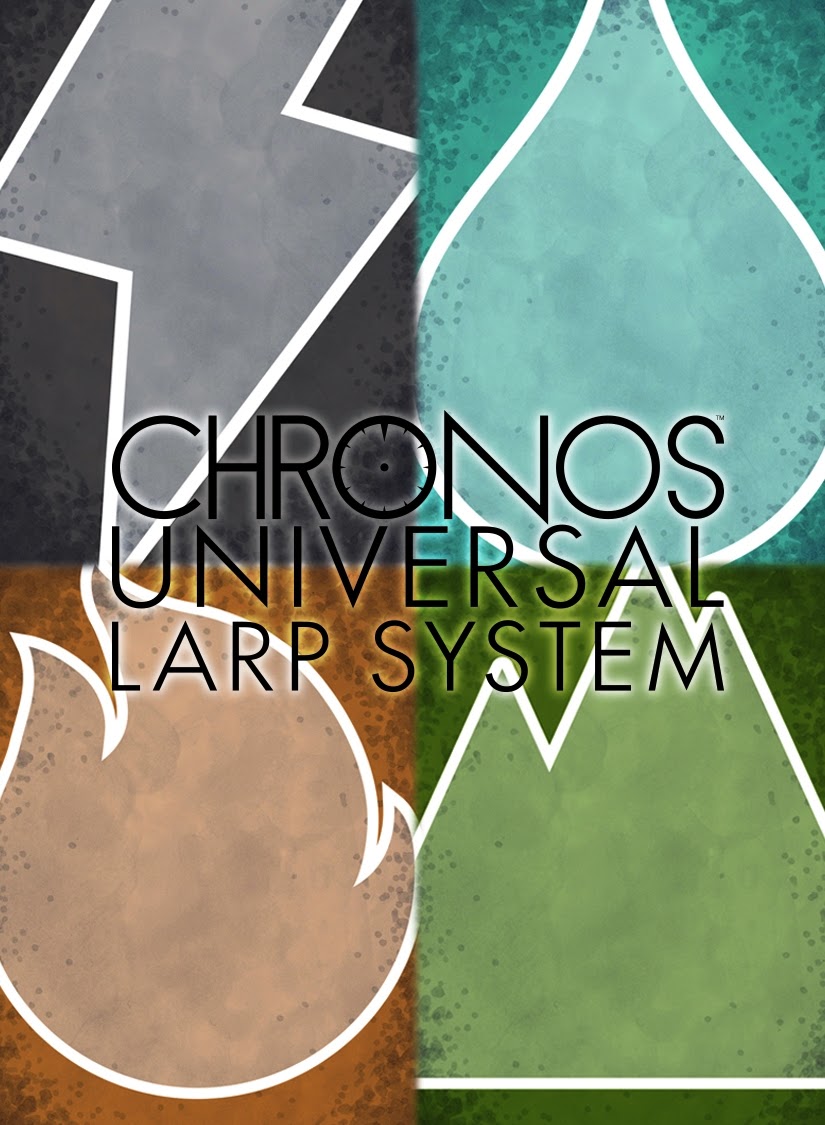 First of all, the rules explicitly say that the system can be used for either larp or tabletop, by contrasting live action play vs narrative play. It's also well designed for some combination of both and it offers advice to running games which are both primarily narrative and primarily live.

Chronos utilizes specially designed cards as its' mechanical system of play. These cards represent characters, their items, skills and a form of magic called Aether. Instead of having a character sheet - like similar mechanics-heavy larps - Chronos characters will have player decks instead, giving Chronos a character similar to TCGs (trading card games).

However, player decks will be much simpler than usual TCG stuff - you won't carry around a 60 card deck, but a small deck of 5-15 cards. You can buy more with extra experience points. A player deck will consist of 1 core card (describing your character type), at least 1 specialty card (your training, skills etc.), a few item cards (you might need specific skills to use them), augment cards and maybe some aether cards - aether cards representing a form of magic, which is drawn from the common pool instead of one's own deck. All characters will have four main stats - Acumen, Resolve, Dexterity and Brawn. 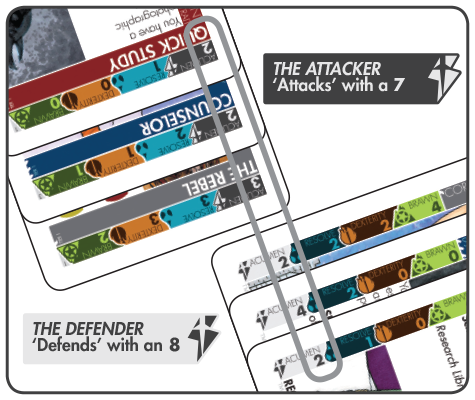 The game gets really unique when your organizers call CHRONOS. Everything goes to slow-motion, and rounds are played out for a set amount of time (usually 30 seconds or a minute) before the Storyteller (GM) calls for the next round. If you haven't acted, you lose your action. Those rounds should last about 10 seconds in real life.

What you're supposed to do is to use one of your actions, like moving - or playing out a challenge. Instead of methods like rock-paper-scissors, you take your deck and build a challenge (or a response) of exactly three cards, one with blue border, one with red border and one with grey border (or an aether card instead of any of them - for colorblind people, there are notches marking appropriate colors). When the result of the action is determined, it is then played out in slow motion (no stunts or touching the other player). 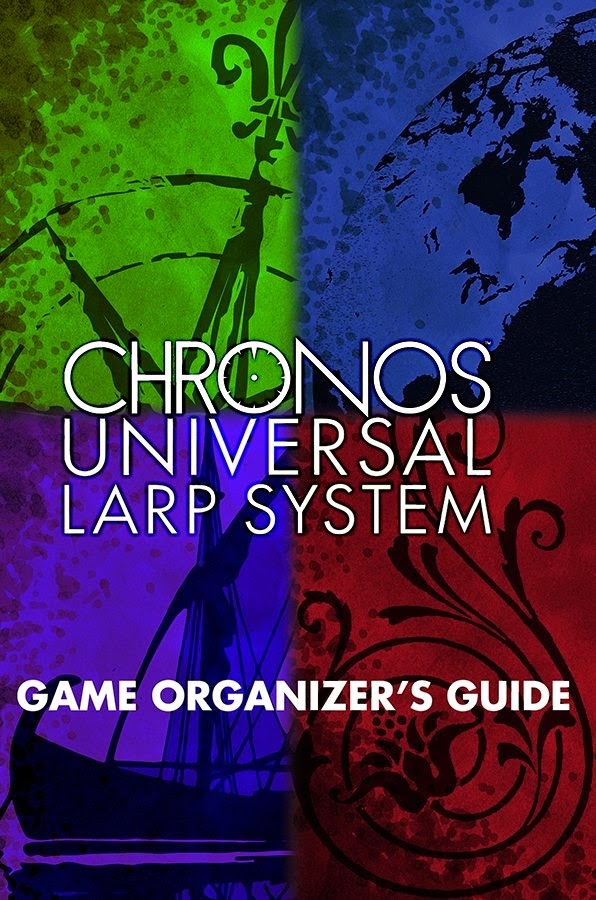 And that's (basically) how the basic mechanics work. The universality of the system means it's playable in a variety of settings. However, it has its' own setting structure which is in a way similar to GURPS Infinite Worlds. Different worlds - called Skeins - will be published as their own setting books and decks.

The basic products that you need to play are a Core Rulebook and a Core Deck (which can be used to make several viable character decks, so players won't necessarily need the entire deck for themselves). Storytellers (GMs) will also want a Storyteller Guide and likely a Storyteller Deck (containing systems to build NPCs, not available at the moment of writing - I'll update the article when it becomes available - it's available now). If you want some more magic in your play, Aether Support Deck is offered. Decks can be bought in either physical form or as print-at-home PDFs.

The books themselves are nicely written and full of useful advice, especially for storytellers/organizers. They remind me of GURPS books (clarity and design), White Wolf books (some art and story blurbs, including a story in Core Rulebook with Nikola Tesla when he utters a sentence in Croatian, which was a nice surprise to see!), and Fate books (some art and general pulpy feel). The system will work well across a large variety of larp styles.

So, is it worth buying? If running a larp from the deck of cards sounds appealing to you, then yes. Chronos is quite unique, and has interesting concepts for larpers, tabletop role-players and maybe even TCG-ers. While some people might prefer other methods of conflict resolution, I'm certain this one will have its' market.


Diary of a Croatian larper is free and it will always remain free, however I would appreciate your support as it would help make quality content possible. Thanks!