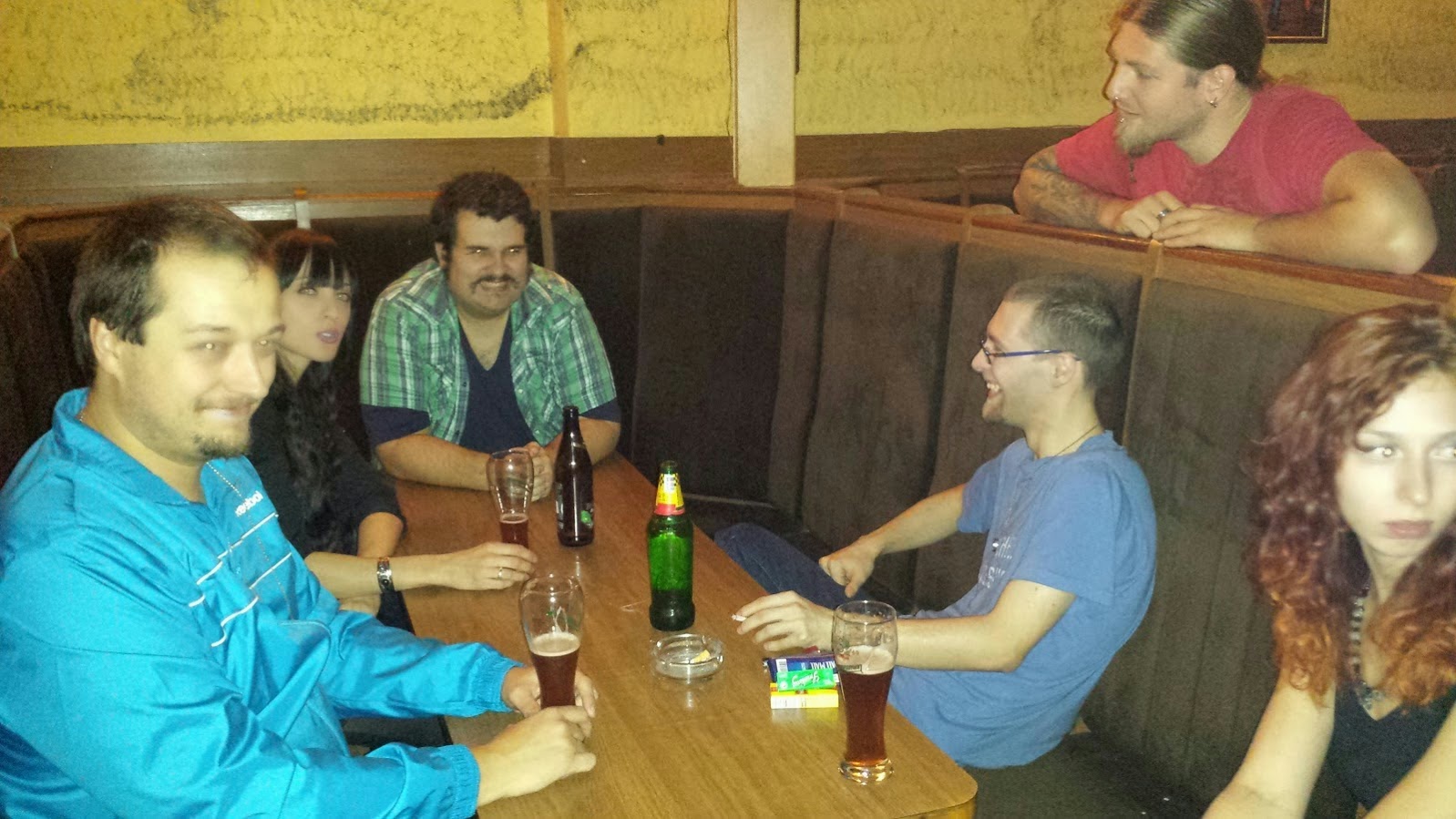 With the summer still going on, numbers on weekly Elysium events are still low as people are still out of town. But that doesn't mean we're idling away in Zagreb.

Two days ago we had Camarilla Agram Elysium 27. Our regular location - Kinoklub Zagreb - became unavailable, so instead we played in the Valhalla bar, in a relatively isolated place - although close to the main rail station. It's open to public only on weekends, so we managed to get it for ourselves. 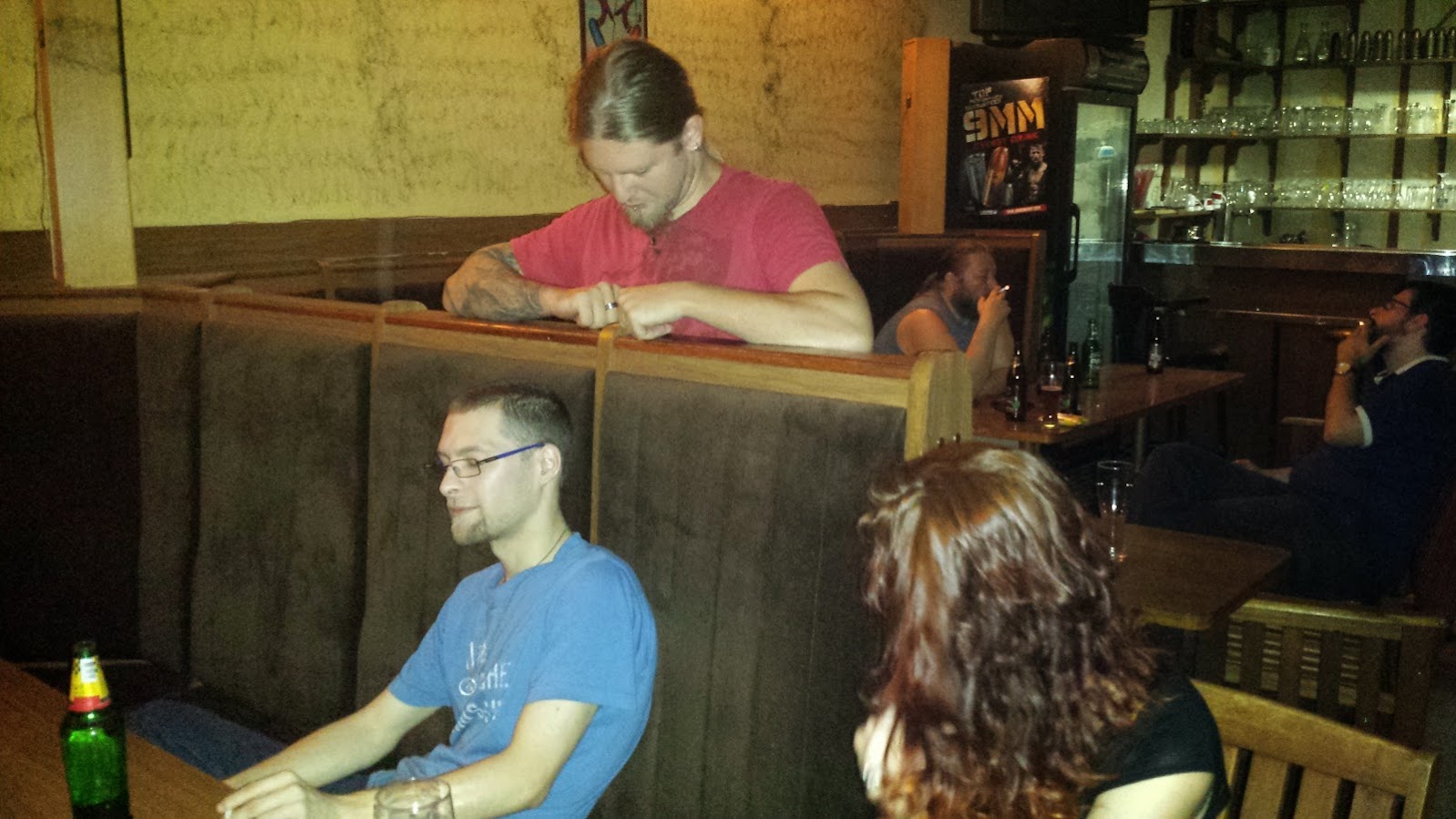 Still, it was not overly populated. A relatively small group of players - 10 of us - did some light social larping for about 2 hours this Wednesday, from 9 to 11 PM.

What mostly happened was some in-character socializing and planning for the future. Elysium events are purely sandbox, so what happens is what other players push. The central part of the event turned out to be some heated arguments between a neonate and an elder, which ended up in a neonate being "educated". 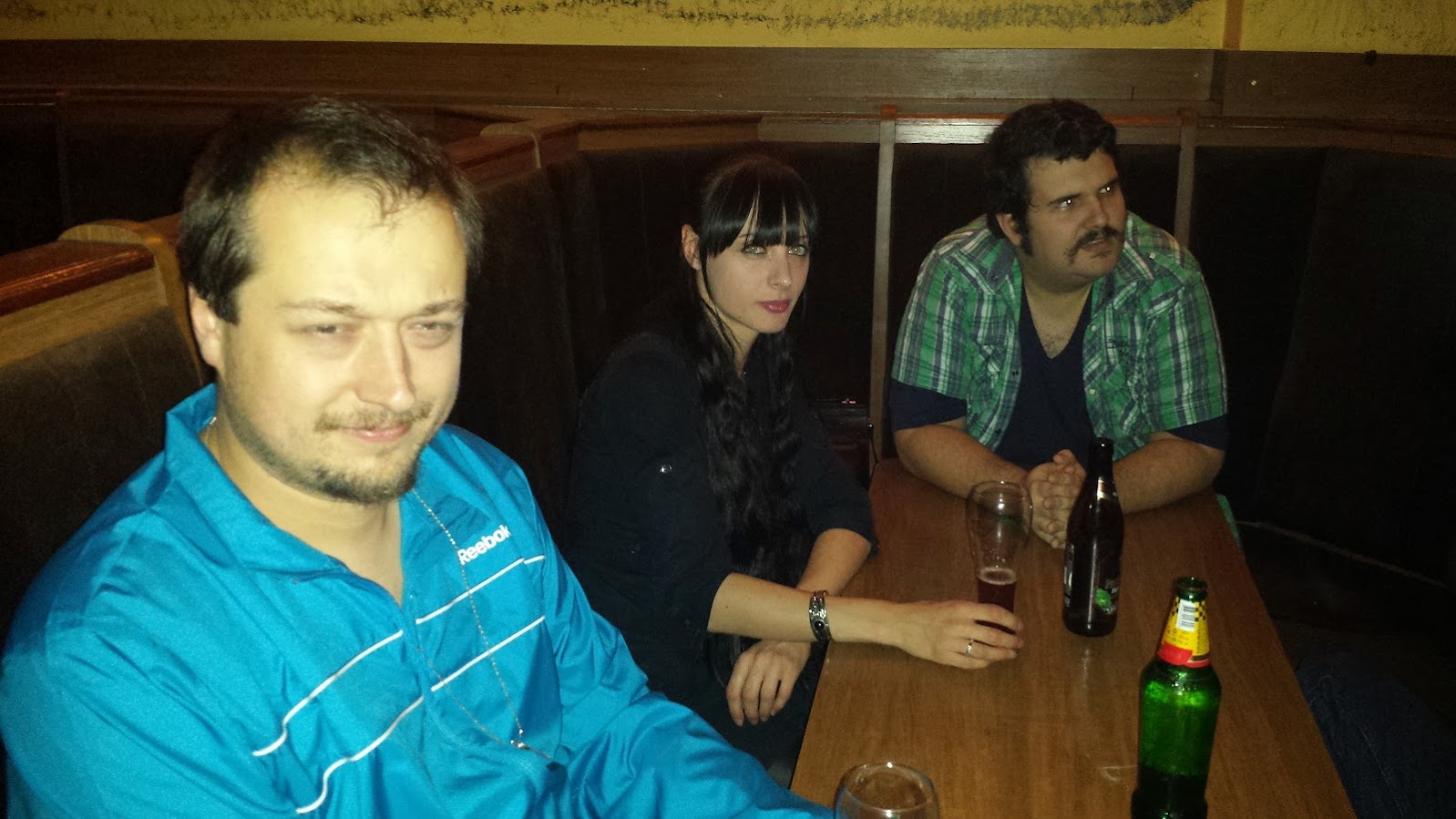 The play atmosphere was quite relaxed and comfortable. Now, I'll be honest - this larp has been played a lot and quite often, and player tension or metagaming has been known to happen on some events (or between them).

But not this evening. It was a cozy, relaxed and friendly atmosphere OOC, like it should be. Especially on Elysium events which aim to be very low treshold (no entrance fee, no costuming requirements - unlike their bigger cousins, main Camarilla Agram events). We spent some enjoyable time RP-ing, had a few beers, then several of us went for a late night snack and we returned home. However, it was not the only surprise for the day. By Night Studios released a Quick Start Guide of the rules we use on Camarilla Agram. While it would still be a good idea to buy the full rules (read their review here) as they're very rich in content, now you can get the Quick Start Guide for free.

Well, actually they released it to us Kickstarter supporters 2 weeks earlier, but it would be weird to review something you can't really get at the time...

While it is true that Quick Start Guide is just a shortened version of rulebook (40 pages as opposed to rulebook's 550), what it does it does well. It presents all the core rules in a nice format - which means you won't have to skip from one section to another, hundreds of pages away as it is nicely focused in helping players understand what's it all about. And its' much less intimidating size makes it ideal to give new and potential players.

You will also find some basic rules to create an Ancilla vampire from clan Brujah or clan Ventrue. You won't find other clans, bloodlines, or all the lore, advice and GM info you'll find in the full rulebook - but it's an excellent, free place to start.


Diary of a Croatian larper is free and it will always remain free, however I would appreciate your support as it would help make quality content possible. Thanks!