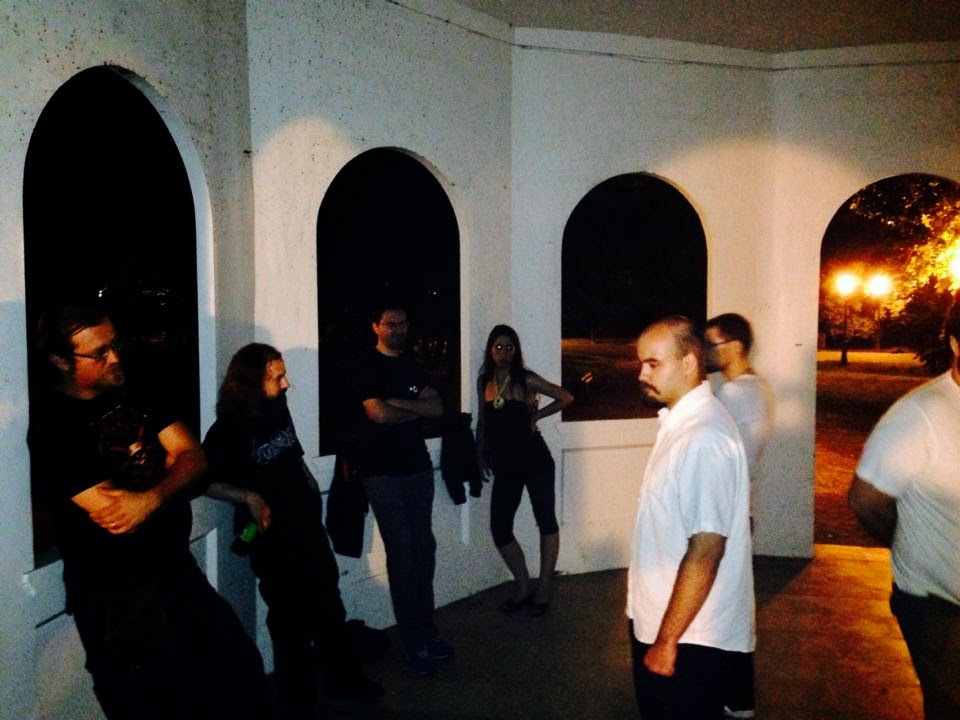 This time, the middle of the summer, feels like an eye of the storm. There are very few larps going on right now, as nothing major is going on weekends, so there's only the weekly Elysiums - ever since mid-July's Star Wars 2 and Camarilla Agram 5...

Which makes me wonder, when the hell did I start thinking about one larp a week for a month as a "low" amount? Must have happened this year. When I started this blog over 3 years ago, most months had 1-2 events only, and if there was more than one event from November to February it was a good year. When I started to larp back in 2001, there was only one event a year - a year later, the second one appeared, and there were people commenting how 2 larps a year are too much for the scene, even if they were on the opposite sides of the country...

Back to the topic. Elysium 25 was played outdoors in the Echo pavilion of the Maksimir park. The same place where the first Camarilla Agram event was played almost a year ago. Kinoklub Zagreb - where events usually take place - has been closed for a month, and the weather has been nice enough so the previous Elysium event was played there, and next Tuesday's Elysium 26 will be played there as well.

I played a NPC Toreador ghoul yesterday, with a very open view on some subjects which ensured several interesting situations and discussions. I also spent a lot of time dealing with stuff as a game master. There was a lot of new stuff to take in, since I was at vacation for a lot of that time and other GMs were running the show and I needed to get up to date. Some stuff got cleared up, so overall it was a very nice night.

Another trend that was also visible was the fact that attendance numbers are growing again. And with that, the summer break is coming to an end as the number of larps is shooting up again - this time with good old fantasy.

This Sunday at 4:30 PM there will be a LarpCraft battlegame organized near the 3rd lake of Maksimir park. There haven't been any battlegames ran in a long time - with the last few Krvomeđe games being very underpopulated (3-4 people). So if you're looking to do some fighting, practicing, training and hanging out - meet us at Maksimir park this Sunday. Facebook event is available here.

The weekend after (August 15-17) there's gonna be Rajski Vrhovi XXI, the oldest weekend larp that's continuously running and on the same location. Last weekend of the month is reserved for Camarilla Agram: Chapter 6 and SF convention Liburnicon in Opatija, if you're going there. September is also going to be crowded with events, including a rescheduled U raljama zvijeri, the second Elder Scrolls Chronicles event, and possibly one more LarpCraft event. October will bring us the first Beyond Gods and Empires larp, Dioniz - set in the antiquity - followed by the Camarilla Agram: Chapter 7 weekend after. And then, the pervasive larp season will start...