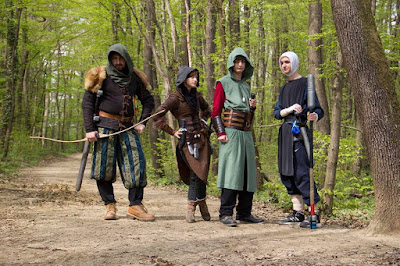 Who are player characters? What is their purpose? Each larp defines that differently. Or perhaps it would be better to say, early Croatian fantasy larps did not do that at all, they were designed as a blank canvas allowing (at least in theory) every player to choose that for themselves. As these larps themselves progressed, various concepts would be more or less viable and playable.


Terra Nova 2012 was the first fantasy larp to cast player characters specifically as colonists of a foreign land (other factions were added later, and from this year new setting will have factions designed from various player choices in last 4 years). TESC larps were a series of one-shots, each with their own factions which generally helped form what players are.

And now comes Divlja Krajina, which focuses on a very specific role: all player characters are adventurers, braving the undiscovered divlja krajina ("wild region" would be an approximate translation) in hopes of fame and fortune. 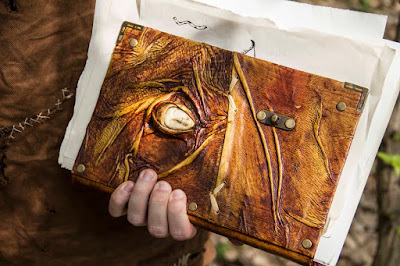 Divlja Krajina is a new larp by Ognjeni Mač. It has a history though. The first era of Ognjeni Mač larps were played between 2006 and 2013, starting from once common Croatian setting, played using Amtgard 7.0 rules - which were quickly modified, and more modifications were added as the time went by. This was followed by a setting and rules reboot in 2014, which used the new "Trinity" ruleset focused around three forces, three classes etc., but only three larps were played using these rules: a demo event, Put istine and Maska sumraka. The reactions to them were mixed though, and Ognjeni Mač ran no larps for over a year, until Orahovačke Kronike historical larp which was overall good, except for the murder spree that happened in the evening.

Divlja Krajina builds upon the first two phases - it uses what is by name the same setting as the original phase, but moved forward into the future. As a ruleset, it uses redesigned and streamlined Trinity rules. The pre-event for this setting was already done last summer...

Actually, it is the same setting in name only. And that is perhaps the best thing about it - the origin regions of characters is divided into several villages which players can originate from, all with their specific flavor and sets of prejudices against others. In that way, it's more similar to a lightweight version of Tragači zore than Rajski vrhovi (which continues the original setting). 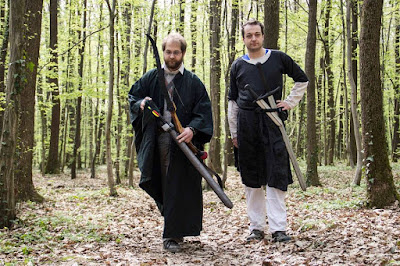 The setting itself takes itself less seriously than other fantasy settings - the locations, religions etc. are full of humor and puns. However, it's not really a full parody setting like some larps can be.

The game offers two classes, "ordinary" and "magically gifted". I rolled a "magically gifted" character (which seem to be in majority), playing a warrior-monk of a sardine goddess from a fisherman village of Padele, trying to amass richess for his temple.

Divlja Krajina 1 was played in Maksimir park on April 2, and the attendance was free - both of these were features of previous short larps organized by Ognjeni Mač in that same location. First 72 were numbered, then there was Put istine, so this would in fact be Maksimir 74 under the old numbering scheme. The exact location was slightly changed, so it felt fresh. 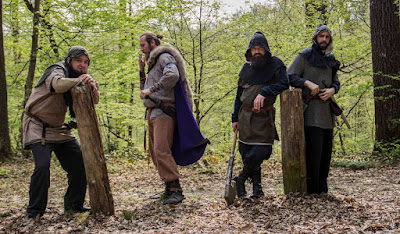 The larp design was familiar. It was not linear like Put istine - rather, after we arrived in our village groups and met near the center (which was also the off site, so this was a bit of an unfortunate choice), there would be different encounters near that site at various points of time. Organizers and NPCs played various roles, and there would be some downtime until they changed - apart from village relations, no character structures existed and the rest of plot was external. This part will likely improve as time passes, and characters manage to build up their personal relations.

There were some encounters which were fun though, mostly due to NPCs putting on a good act. There were also some new costumes and new monsters, which helped this larp feel different from older Ognjeni Mač larps.

Next event was generally announced as "in a month", so it will be interesting to see how it develops further - and what challenges await the adventurers...