If you've been following the recent news about Ognjeni Mač association, there has been several downfalls and controversies last year, which resulted in fewer larps being organized and fewer people playing. During that process, Ognjeni Mač redefined itself and started this year with new rules and setting (both documents are in Croatian). Two weeks ago - same day that Camarilla Agram 2 was played - a short introductory battle scenario was played. It was not the first time that a larp using these rules has been played - there were two such test scenarios in last year, and I've been to one of them. And there was a bigger test game played in Letovanić.

However, today's Put istine (The Way of Truth) was the first actual, non-test event in the series. Played in Maksimir park, it was first of such Ognjeni Mač events that had a specific name and was not simply called Maksimir XX (this one would actually be number 73 if we were counting). And it was the one that truly introduced new characters, new world and started the campaign. The setting - very vague at this stage - has only a few details to latch on to, but it was enough for me to create a new character. There are three forces in the setting: Law, Nature and Chaos. As a lot of my characters that I played recently (on Terra Nova, Drachenfest, ConQuest, Demgard, TESC) have been very lawful and typically warriors, my last Ognjeni Mač character was very chaotic and a mage, and I play very social characters on Steampunk and Vampire, I decided to make a nature priest... 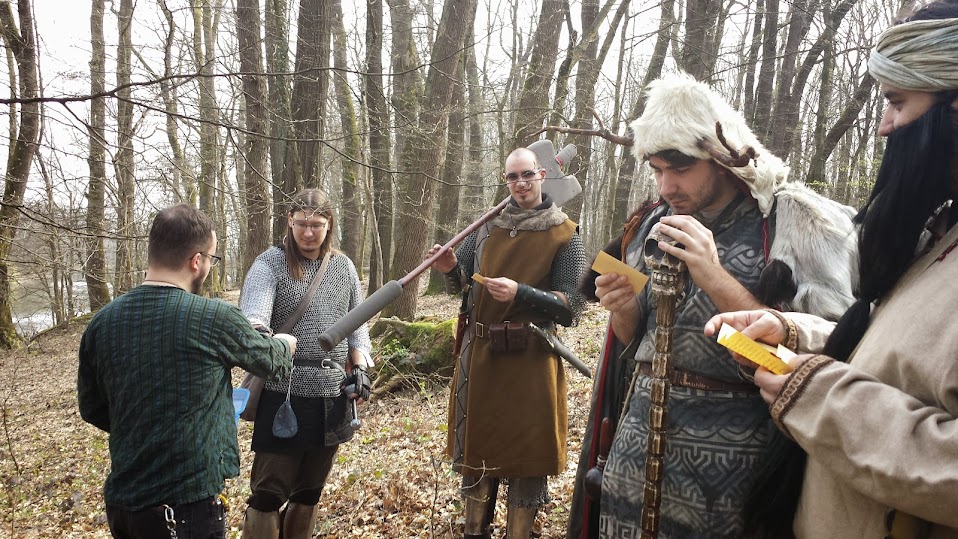 A total of 10 players gathered in Zagreb's Maksimir park. Out of those 10, one was GM (Lovro, the president of Ognjeni Mač), one was NPC, and 8 were players. At the beginning of the event we all got personalized letters giving us extra information. Nice-looking paper and wax seals made them cool-looking (although the font didn't work well with the Croatian characters). The letters also had one additional sealed section that we were only supposed to open once we're told to do so - in a way similar to the one used at Chronicles of Demgard. That stuff was quite new in these parts. 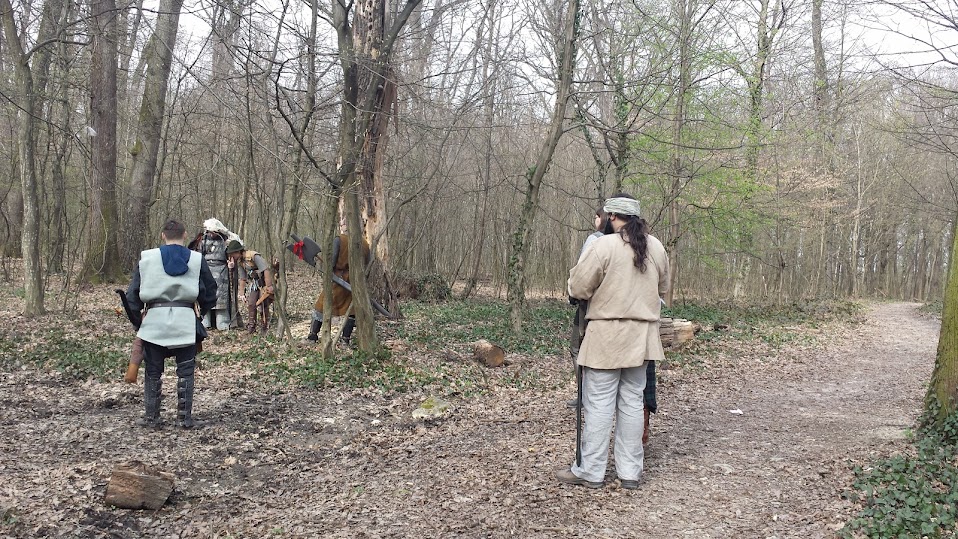 The structure of the event was certainly interesting. It was organized as a module, which is typically present in US-style larp but rather new here. While there have been several Ognjeni Mač larps of similar style in the past, but it seems the concept and structure was refined for this one. All players were members of the party, and they started from the "tavern", and walked around the terrain. While we were walking, encounters were being set up for us one after another: a dead person, deep bushes and cliffside marking a dead end, a wild person, a ghost guarding a druid, and the final encounter, all of them typically requiring a way of solving them before moving on.

Also, the location of the event was moved slightly to the north - which made for some new and interesting sights, however the location was closer to the regular trekking paths, which - as Maksimir park is a public place - meant more onlookers. Also, the terrain was affected by the recently felled trees - a lot of them were in the playing area, and the paths we took sometimes looked more like an obstacle course.

The only combat encounter was the one with the ghost. I didn't mind that, but some players were used to more combat and felt the event was dragging a bit. I'd only say that was the case for the last encounter - character interaction was nice, as a lot of the characters were new and interesting. The newness made it feel fresh, and to me it was certainly fun. The event lasted for approximately 3 hours, and it felt very adventure-style and - for the most part - dynamic. The magical nexus was won by the forces of Chaos. For the first event in the series, I'd call it a success. I believe that moving away from the "stay in the central location, wait for content to reach you" style was a good choice for this event. As well as the growing acceptability of latex and Calimacil weapons on Ognjeni Mač events.

You can find more photos here. The next Ognjeni Mač event will be Maska Sumraka (Twilight Mask) in Eko selo Žumberak on April 5th - a larger, evening/sleepover feast event, held under masks - replacing Sunčev Potočić which was organized there the last 2 years. 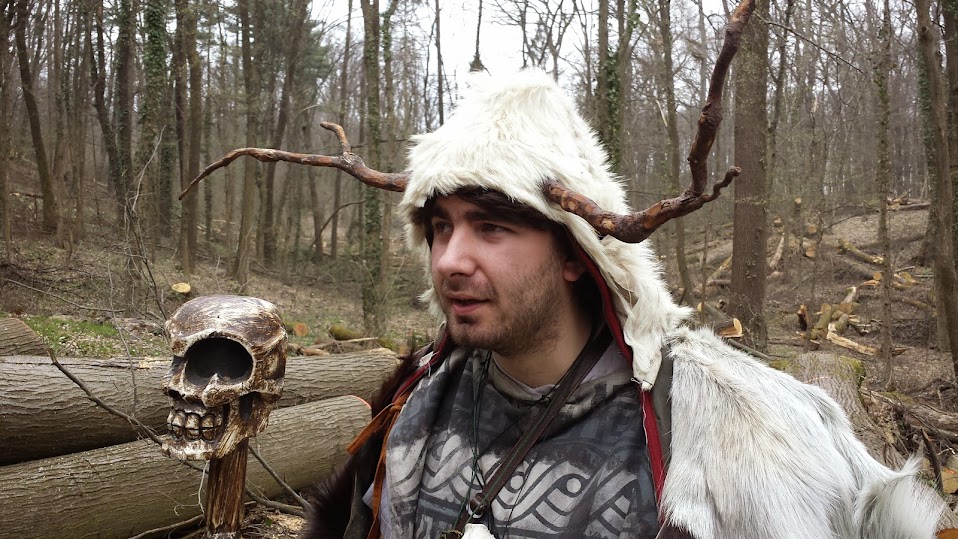