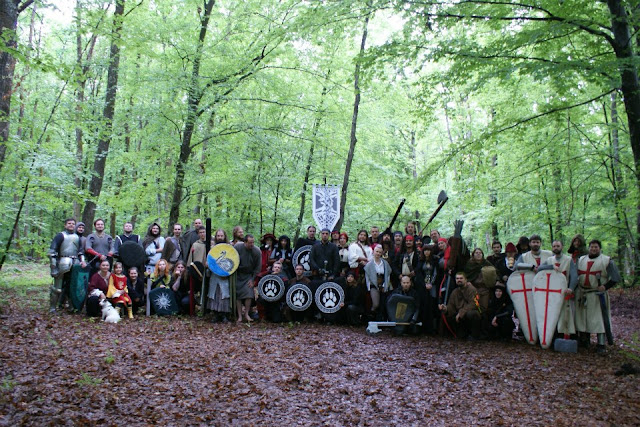 It's hard to offer a good review of an event on which I've been on only partially, so take this review with a grain of salt. But the size of Ognjeni Mač's Jaska 11 was impressive. With 50-ish participants it was the second largest Jaska event ever, after Jaska 8 in 2011, and the biggest larp ever organized in Croatia in a month other than July. Together with last year's Crolarp (organized on the same terrain), this was the third biggest larp in Croatia since mid-2000's.

It had other strong links with Jaska 8, one of the most prominent ones being the storyline - very much connected to the one in Jaska 7 and 8. It saw the end of the dragon. Martin in particular yelled "For Vilijam and Maksimilijan!" while he attacked the dragon, which I found very heartwarming. References to past characters are unusual on Jaska larps - life there is cheap, player turnover is large and tons of content is produced over the year - so it was a nice moment for me to see that at least someone remembers. Also, earlier he had slain his personal villain written in his background years ago. 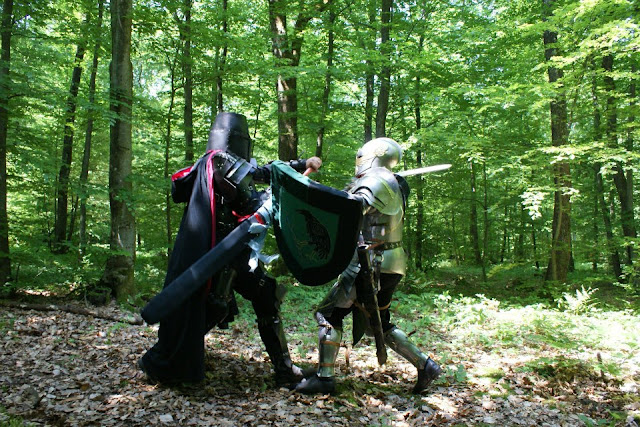 Four large camps were active on this Jaska - the shared one between Sowa's coffeehouse and the Shield faction (which was where I stayed), a wolf clan camp, a pir... sailor camp, and a Green Banner / templars' camp. There was also one smaller campsite, a tavern, and an organizers' camp. The terrain this larp was played on was organized in a more compact manner like other Jaska larps, instead of spreading everything far and wide as it was done on Crolarp.

There were other nice moments and touches - like seeing some of the really nice costuming done by both players and organizers. I'd like to mention the golem costume in particular. The traditional Jaska playstyle, with high danger levels and all-night action was less noticable this time, with levels of action more similar to the last year's Jaska 10, and players were allowed to sleep normally. 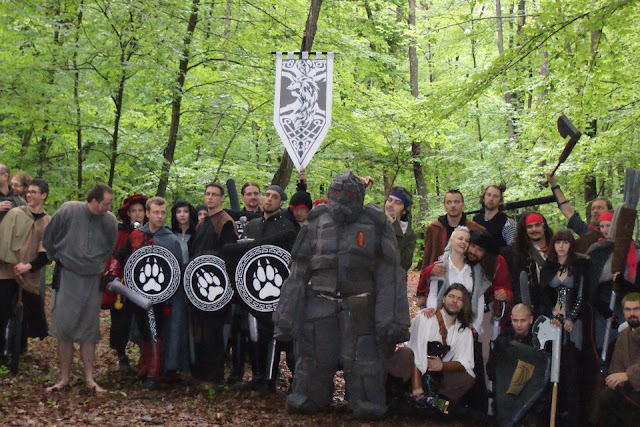 However, there were some things which were not so great - in particular regarding the design of the larp. With a larp focused so much on feeding players the content which they're supposed to solve, not being able to do anything is somewhat frustrating. I was playing a mage, and for the most part I was facing monsters which were immune to magic. That is, until the time when the dragon died. Then magic simply stopped working everywhere. I don't feel that making a large section of the larp population virtually useless in a heavily survival and victory oriented larp is a good design choice. Yes, I'm sure I might have gotten in on the "wrong day", and that I could have been "useful" the other days, or that I could have made some difference if I took a buffbot spell list. But still, I find this the most disappointing "feature" of this larp. 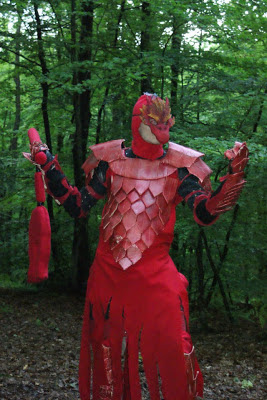 Other players mentioned content recycling, linearity, railroading, some issues on Thursday and overpowered enemies as some of the major downsides. Of course, it was also wet and rainy most of the time, though for the Saturday and Sunday it was very tolerable and I didn't mind it at all. I also noticed that drinks available for in-character money went out sooner than usual - in fact, they were mostly gone by the time I arrived - but that's probably one of the downsides of the lower-than-usual entry fee. Otherwise, the production quality was high for the price.

I left the larp with mixed feelings, but with no regrets at all: I did not regret my decision to come to the event (at least for the day), nor did I regret that I did stuff on SFeraKon the day earlier instead of coming to Jaska.