Reviewing an event which you have done yourself is different than reviewing an event you have visited, as experience had shown. Terra Nova series is now over a year old. It had four events since March last year: intro, 2012, Zimograd, and now 2013. Its fourth event was also its third big event, and the second summer event. Like all Terra Nova events so far, this one was done on a different terrain - both in-game and out-of-game - and it was played in Starigrad near Koprivnica. The terrain consisted of a narrow valley which housed camps (and a house which was on terrain), a hill, and a nearby forest, and it represented a mountain in the larp storyline.


Due to some terrain issues, organisation started later than I wanted to. There were some other issues as well - as I have switched jobs I was unable to take a day off at Friday, and Zagreb was overcrowded that day, which means me and other organizers arrived after some guests. And it was raining, which made ground wet and soft, spelling trouble for canvas tent users with no flooring. Despite the time and weather issues, Friday started strong, and after sign-ups and brief intro speech, most of the players got in-character soon and started to tackle the various issues between the characters and the environment.


As the previous two Terra Nova events, this one was international and played in English due to our visitors from Hungary (IC: The Phoenix Brigade), whose larp "Chronicles of Demgard" I visited last year (and plan to do so again this year). Last time on Zimograd they created some player conflict between themselves and the members of the Colonial Guard, which didn't manage to play itself over here as well due to several of Colonial Guard players who were involved in conflict not showing up.


The Colonial Guard, however, has managed to reorganize and reinvent itself mostly after the larp itself, so it should grow into something much better organized and unified by next time - and perhaps we'll see more of the competition we missed this time, if the Brigade returns as those characters. Other guilds also started functioning better than on Zimograd - especially healers and alchemists.


There were other sources of character conflict. The in-character laws which had been passed mentioned land claims and sales, which polarized players as intended. And there was a love triangle, when one character's wife reappeared after he got in-character remarried on Zimograd because he thought her dead...

The resulting situation caused him to flip, join the undead and convert his first wife... 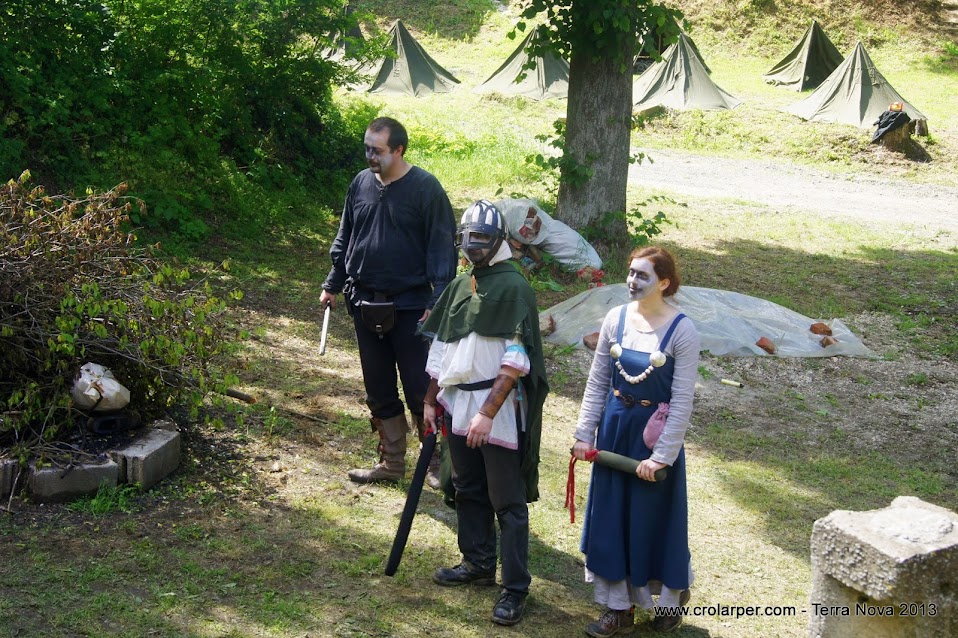 Him and several other powerful opponents were the primary antagonists of the combat part of Terra Nova 2013. Combat was more common here than on previous Terra Nova events, supplementing other drama, discovery, religious issues etc. 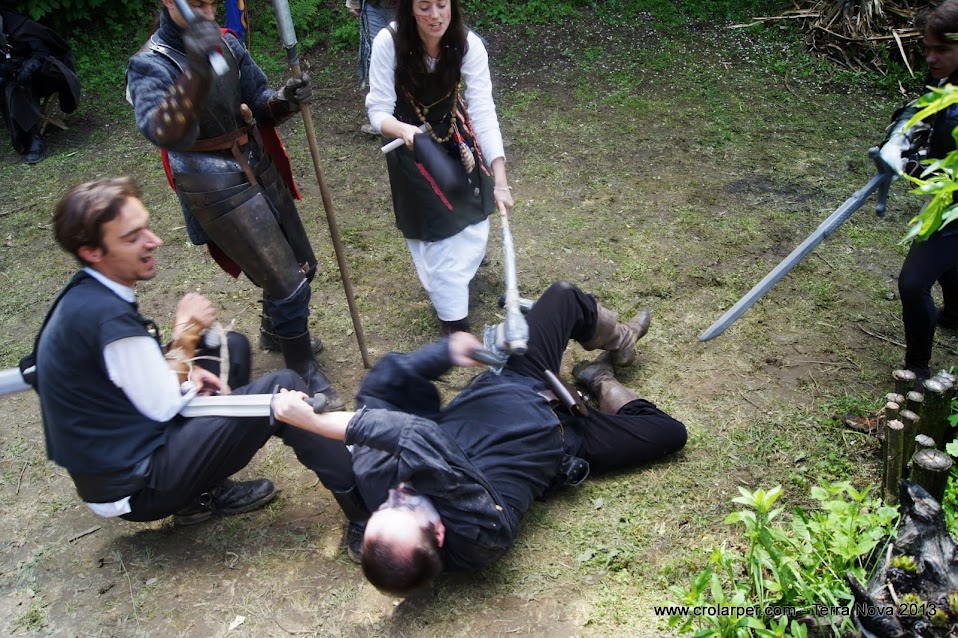 And not only against NPCs - there was some PvP involved in the form of ambushes and murders. Out of significant peaceful moments there was a mass which was quite nice. Quicker than the religious ceremony on Zimograd, but very involved. And lots of rituals of every kind, with special effects... 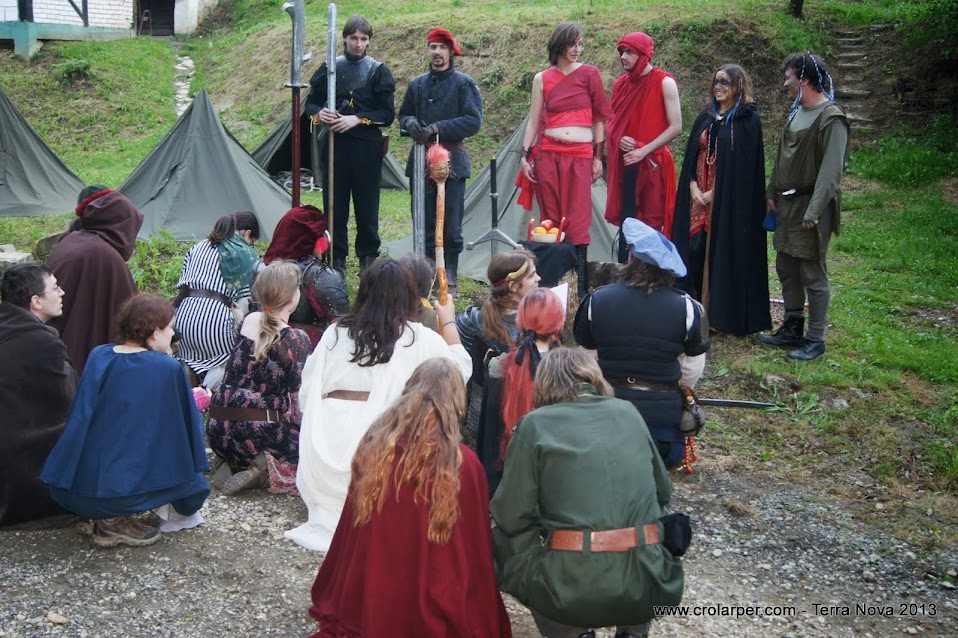 And, thanks to dedicated players, some amazing costumes. 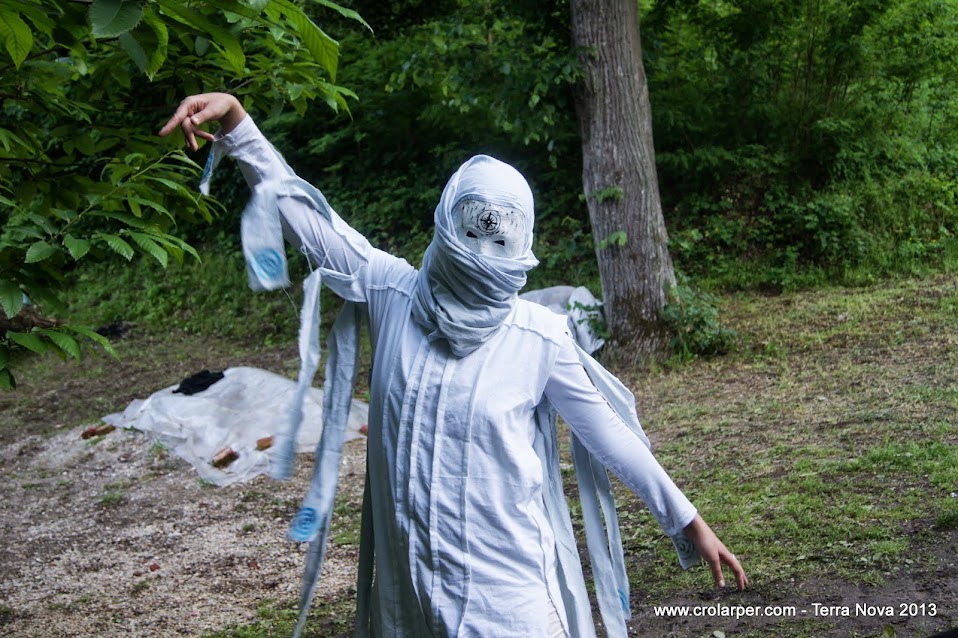 The reviews were mixed, depending on whom you asked and according to playing style. Croatian players generally rated the event the best Terra Nova so far and one of the top open-air fantasy larps ever, while from the feedback received by Hungarian players, it appeared as it did not click as much to them as the previous two events due to various reasons. Still, Terra Nova is continuing its evolution, and every lesson is a lesson learned. One of the things which arrived too late to be used fully on this larp is a Tuk-u language, which is slowly evolving into a usable constructed language. 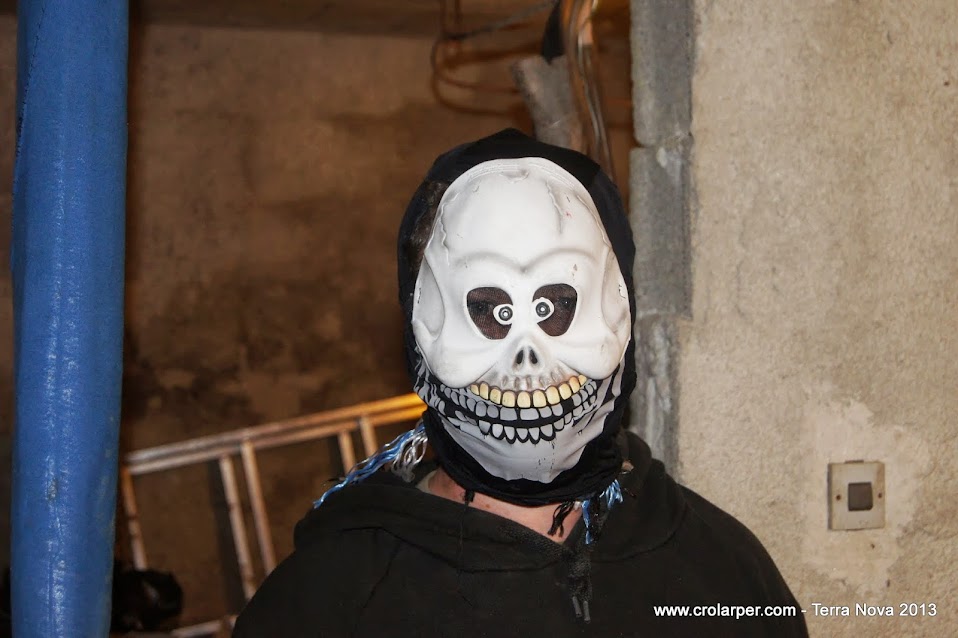 Some in-character journals already started appearing. So far we have Reinhart's letter (which is a sequel to previously unpublished one from Zimograd), but more should appear soon. One of the interesting things which appeared after this event was a large number of memes and demotivational posters which players made from various event photos. Check them all here.

You can see the photo gallery here. Other photo galleries are by Sonir, Valentin, Martina and Ivana.

As a summary: it was an awesome event to do, and players and NPCs - experienced and first-timers - were all a bunch of amazing folks which has managed to surprise me as well with how awesome they are, with their role-play, costuming and general effort. It was a great larp, a learning experience, and I'm looking forward to playing with you again.