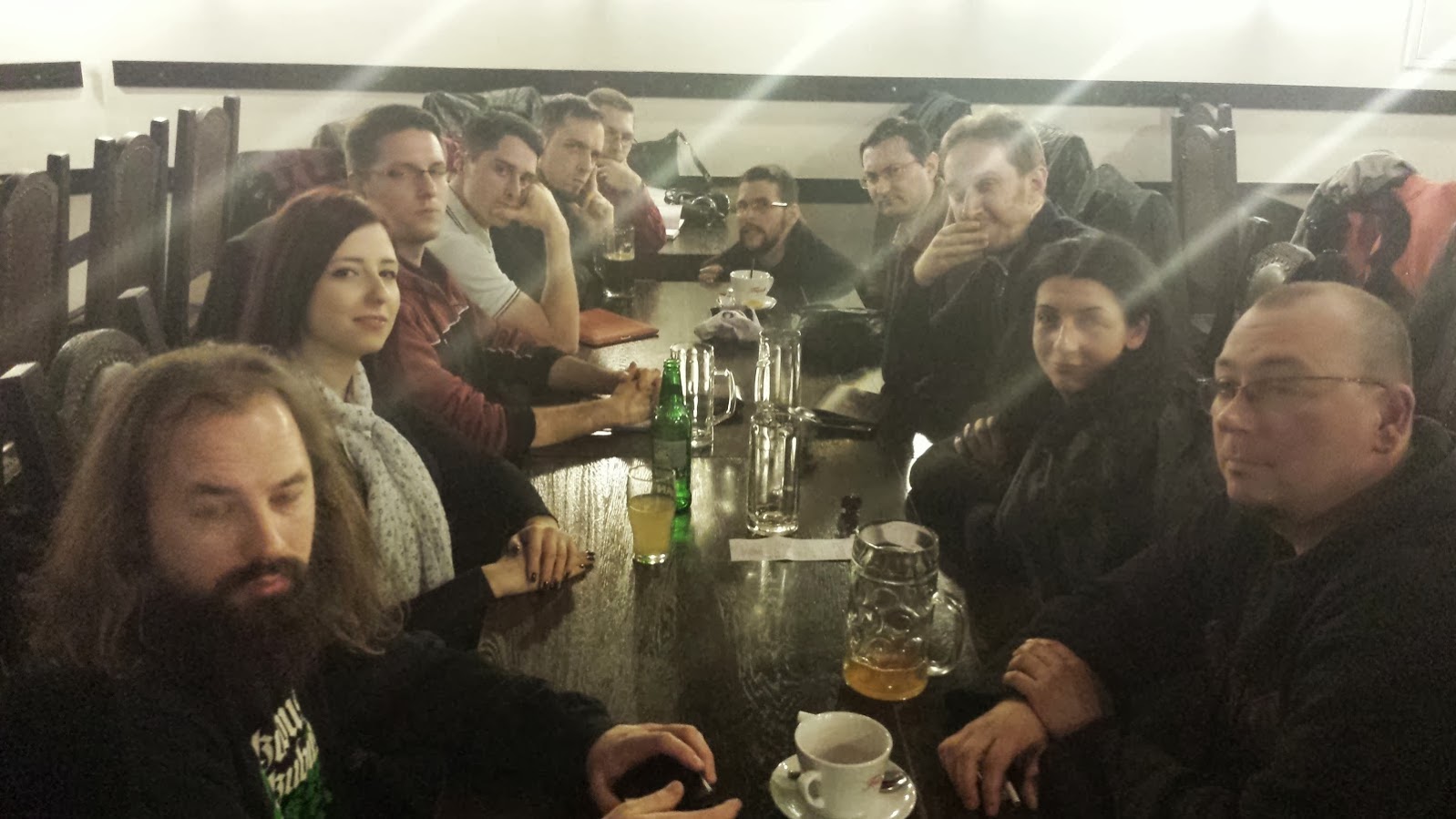 Yesterday evening was Camarilla Agram Elysium 6, which made me realize... damn, we're already in double digits. With three Embrace the Night intro events last year, six Elysium events and two main line events, it was the eleventh Vampire larp that we ran in the last half a year. A lot of players already being on the XP cap, a total of 14 players took part in Elysium 6, making it a purely social event for its' duration. And there was a lot to discuss - Ventrue and Nosferatu clans have selected their new primogens, and there was a lot of online role-play action which was discussed during the evening. 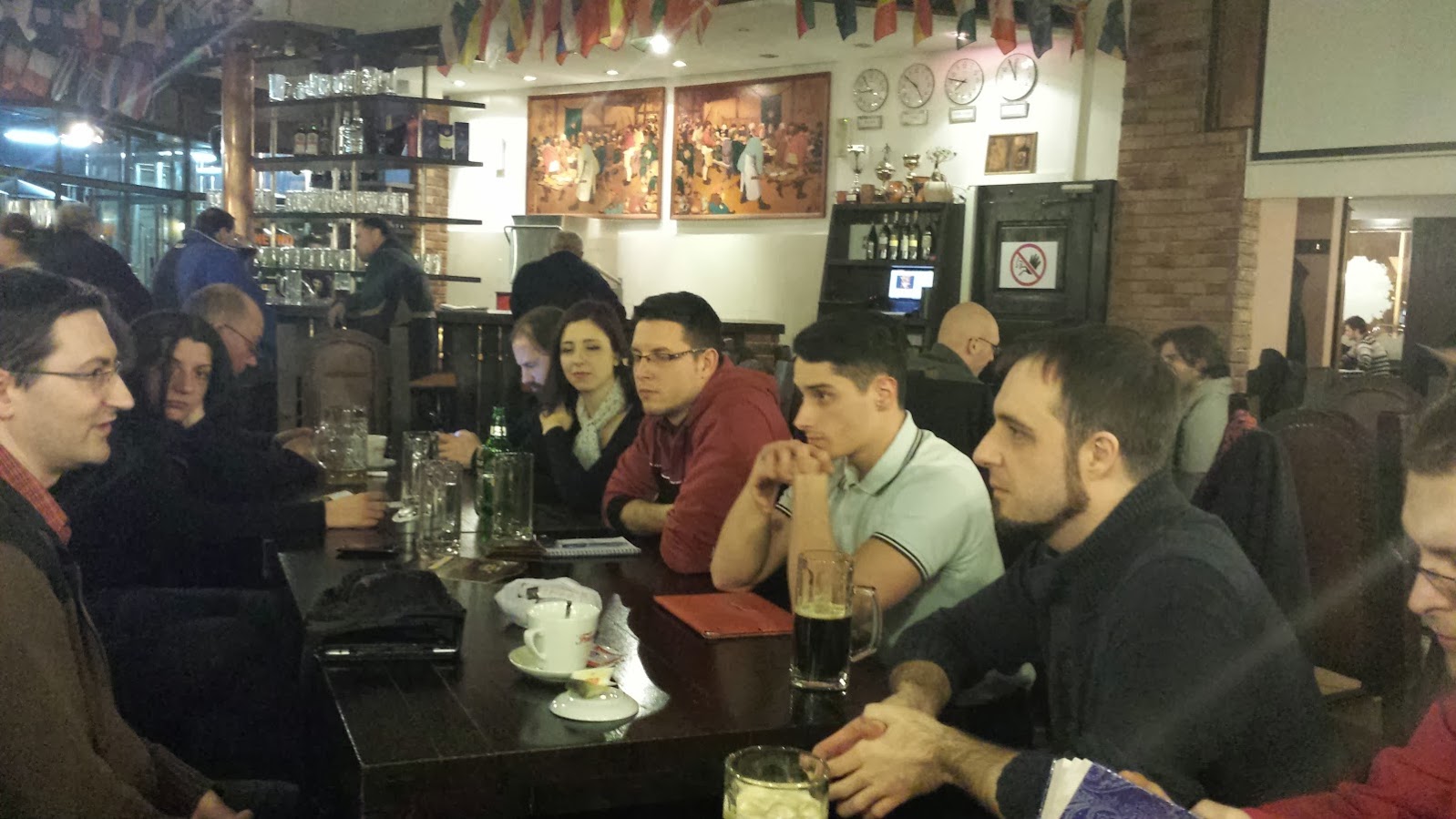 The event started lively, but slowed down a bit as Ventrue players - and there were five of them present yesterday - moved away for a Ventrue meeting, and came back just before event ended. But those last few minutes were some of the most tense ones of the event, as there was a tense staredown and several accusations thrown between Brujah and Ventrue over a drawing. It was an interesting ending to the event. Two more Elysium events have been planned for March - next Wednesday (March 19th) and the Thursday after that (March 27th).

But there's some more stuff in-between. This Saturday Ognjeni Mač is having their second event of this year, Put istine (The Way of Truth) - last one they had was a linear battle event containing dungeon, this one will be a role-playing event. It will be from noon to five in Maksimir park (interestingly, it's the first event in the series which is lacking Maksimir from its' name, otherwise it would be numbered Maksimir 73) and if you're planning to take part in it, you should send your characters in today. Also, their "masked feast" event Maska Sumraka (Twilight Mask) is now on Facebook, so check it out.

While we're discussing things you should check, you should definetely check the Skirts 'n' Wolves blog. It's written by a friend of mine and it's in English. While it's not a dedicated larp blog, every other post she wrote in the past month is about larp, and they have some articles which you will certainly find interesting. 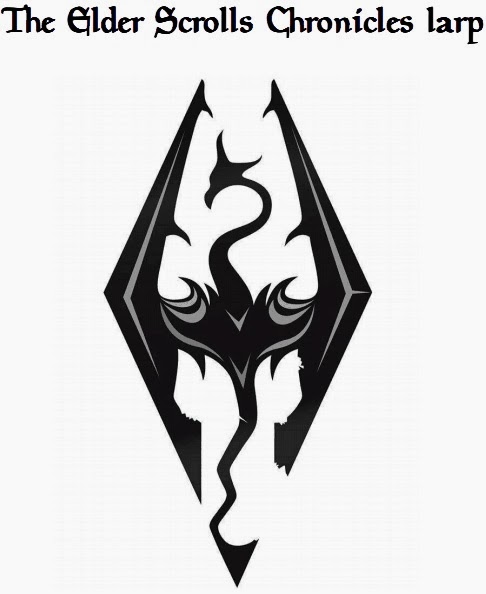 And last but not the least, if you're coming to The Elder Scrolls Chronicles next week, check out this blog post to get some updates on what's going on. And if you didn't get the spot but could and would play an entertainer in-character for the duration of the larp, contact the organizers...