March 10, 2013
After almost two years, I was talking about larp on national TV again, together with a larper colleague, +Ana Rajner  :) This time we got slightly under four minutes of programming. Here's our story - and a couple of larp trailers played along:


If you don't understand Croatian, it's basically a general description of what larp is. It was shown this Friday afternoon on HRT2, and it had a rerun today around noon on HRT3. In better resolution than what they released for online viewing, but I digress. You can watch the entire show here if you're interested. Just select the 8.3.2013. date.

Also, a digression - a friend of mine dug up some old photos. Including the photo of me from the first larp I was ever on.

Which was really cool. I thought there was no surviving photos from that era. Here's another from the old Motovun larp (after it was done and before we went home... I'm the one to the right, wearing shorts). I'm not sure if that one was in 2002. or 2003. - can anyone help with the identification? 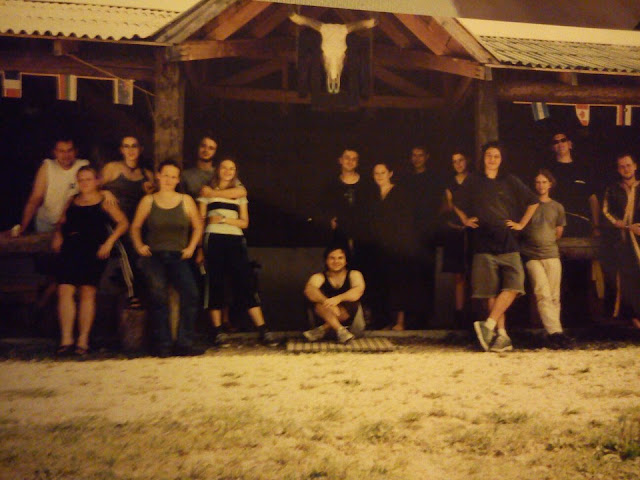 Some info about those old larps is available here.