Larps and conventions announced: the Croatian larp season of 2013 fully kicks in tomorrow

March 22, 2013
There have been many larps and larp related stuff already this year. Both stand-alone events and the great experience that was PoRtaL (btw, that article also got translated into Italian by +Andrea Castellani, and a revised version should be up soon on larping.org). But the season fully kicks in tomorrow when stuff will happen continuously until in summer.

The small town of Pazin in the middle of Istria is a host to the second largest Sci-fi & Fantasy convention in Croatia, Istrakon. It starts today and lasts for the weekend - this year's incarnation is called "Elementi". The larp related stuff will be tomorrow evening - two things happening simultaneously at 8 PM.

Which also brings a question to mind. We currently have campaign larps, and one-shots that have usually been designed to be re-runnable. What about one-shots which haven't been designed for reruns in mind? +Claus Raasted talks about it in his recent podcast, talking about the nordic scene...

And it's not the only thing happening tomorrow. There's Sunčev Potočić larp. One evening with a sleep-over, and three groups (Green Banner Croatia, Ognjeni Mač, Krvomeđe) doing it Crolarp style.

It will be placed in the common world, and its storyline was designed by all the organizers mentioned above. Also, it looks like it will be quite populated. Apparently, 43 people already signed up for it - this would make it the biggest feast so far. Not to mention the fact that in 2007.-2010. era larps were all smaller than this...

Unfortunately, I won't be present on either of those events. My son and I have our birthday parties this weekend, so we'll be staying home to prepare and then to welcome our family.

And then on Sunday the pervasive larp Izgon (Exile) will start - designed and run by me. It will not be the biggest larp around but it will be possibly the longest one done so far in Croatia: it will last for five weeks. For some players, it might start as they're waking up from Sunčev Kotar or Istrakon... 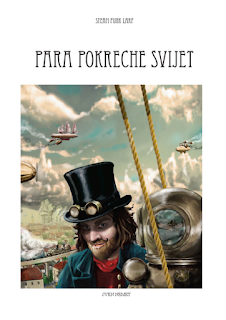 It will last for most of the April, and while it lasts there might be some other larps it will overlap with. April 6th will give us the much-anticipated fourth steampunk larp of the "Para pokreće svijet" series (which by the way has an updated ruleset - available in Croatian only). Steampunk is now certainly the second most popular larp setting in Croatia, right after fantasy.

Maksimir 65 and 66 are scheduled for April 13th and 27th, respectively, and there will probably be some Krvomeđe in that time period. Another Fallout larp might happen in April as well, possibly a one-day event. Apparently, its rules are currently in process of being shortened and streamlined.

April 26th-28th was the original date for the largest Croatian sci-fi convention, SFeraKon, but SFeraKon had been pushed two weeks in the future so it will fall in May. May used to start the big, camping summer larp season, and it will do so this year too. Only now there will be something happening every weekend.

First weekend, on May 5th there will be a pre-Jaska feast by Ognjeni Mač on the yet-undisclosed location. The second weekend (May 10th-12th) there will be two huge things again. Jaska 11 and SFeraKon. Just like this weekend.

SFeraKon is certainly the largest sci-fi convention in Zagreb. Last year it was the host convention of Eurocon. While it's doubtful it will be that big or epic this year, it will certainly be the event to remember. And of course it will have the larp-related content.

Jaska 11 by Ognjeni Mač will happen on the same weekend (which was decided while SFeraKon date was still two weeks earlier), and it will open the camping larp season of the year. Its storyline will be built up by all the events preceding it. (Regarding numbering: if you remember, last autumn's event was supposed to be Jaska 11, but it got canceled and Maksimir 62 was held instead)

Like this weekend, I'll probably want to go to both events... but in May, I might actually catch something of both.

The last weekend of May will likely bring us another feast, stay tuned for the announcements. Same goes for the planned rockabilly larp, most likely early June.

The Fortress of Light by Gaia in Osijek hasn't been announced yet, but if it will be like last 2 years it will happen mid-June. Late June (21-23) is the planned date for the planned mythology larp, but more details about that once they're known. 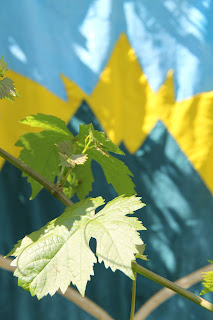 The last weekend of June (28-30) will bring us Rajski Vrhovi XVIII. Just holding my fingers crossed that the weather will be more merciful than the last time.

July will have Crolarp 2013. The date hasn't been announced yet, but my guesstimate is July 18-21. Possibly a feast two weeks before as well. Maybe a Krvomeđe somewhere along, or Labuđa Rijeka. One thing is certain - after it's done, I'll be spending that part of the summer in Germany, once again on Drachenfest and Mythodea.

August will bring us Rajski Vrhovi XIX on August 16-18, which is the last larp currently scheduled. What awaits us after that? Majčin Gaj? Autumn Jaska? Will everyone pack up stuff and go to Hungary to visit Demgard on September 20-22? (I know I will)