As it has been said after Jaska 11's cancelation last week, larp Maksimir 62 will take place this Saturday, October 20th. Like last year's Maksimir 50, this will be a longer event, and Maksimir 62 will last 12 hours in total - from 10 AM to 10 PM. It will not be 24 hours of Jaska 11 which it tries to partially replace, but it's definitely more than usual four(ish) hours that Maksimir larps typically last. 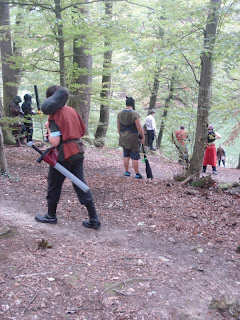 Players are advised to bring warm clothes, water and some food for the duration of the event.

It's worth noting that the game's in-character location will be a different one than the usual one on Maksimir, as a continuation of Maksimir 61's story.

I won't be present on the event because I'll be in Hungary on Chronicles of Demgard instead. However, if you're going on Maksimir 62 and you're willing to write a nice guest review of it (in English), send it to me and I'll gladly publish it :)